In 1808, Greensboro was named after patriot commander Nathaniel Greene who fought the British during the American Revolution. It soon became a commercial railroad hub, educational and commercial center in the foothills region of North Carolina. 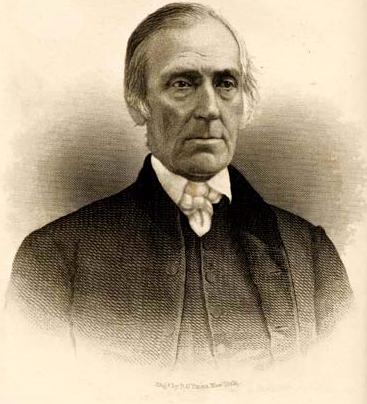 From 1830 to 1865, Quaker cousins Levi and Vestal Coffin formed the Grand Central Terminal of the Underground Railroad in the Greensboro-Highpoint area. Imagine how dangerous that must have been considering that Greensboro was a railroad, troops, and supply center for the Confederacy during the Civil War. Southern generals regularly congregated there and in 1865, the Confederacy briefly relocated its capital to Greensboro.

For these reasons, many honor the Coffins as the Fathers of the Underground Railroad.

Most Greensboro History begins after the Civil War. Skilled Black craftsmen in Greensboro emerged to market their services throughout the Carolinas, though many African Americans continued work on the tobacco farms and mills. In 1873 there was enough money in the black economy to establish Bennett College in Greensboro as a seminary for African American women.

With such a tradition of skilled craftsmen and literacy in the region, it is not surprising that the Agricultural and Mechanical College for the Colored Race (predecessor to North Carolina A&T University) was founded in 1891 in Greensboro.

Dr. Charlotte Hawkins founded Palmer Memorial Institute, a prep school for Greensboro’s African Americans in the early 1900s. Forsyth Savings & Trust was opened in 1907 as the first Black bank in the area. Many African Americans who worked for R. J. Reynolds Tobacco Company off Third Street had a place to safely accumulate savings and to obtain mortgages and business loans. A thriving community emerged with more churches, schools, theaters, insurance companies, and a Colored Merchants Association to assist business owners. There were bumps in the road, however.

Emboldened by the 1954 Brown vs. Board of Education U.S. Supreme Court Decision, Greensboro’s Black leaders pressed to desegregate public schools. The same tactic occurred around the nation, but with few results. In late 1955, the Montgomery Bus Boycott added momentum to the national Civil Rights Movement.

By 1958, local activists found a suitable case to test a U.S. Supreme Court decision that ruled it is unreasonable to force children to be bused further away from their closest public school – in this case, Caldwell School. Caldwell became the cause celebre of the NAACP, who succeeded in forcing the school board to desegregate Caldwell School in 1959.

White school board leaders used chicanery and logistical sleight-of-hand to avoid placing African Americans in the same buildings with European Americans, thus obeying the letter, but not the spirit of the law. They falsely convinced European Americans that hoards of Black kids were coming to take over the school. The message to white parents was, the only way to ensure a quality education is to enroll your kids in other schools, not under court-ordered desegregation.

By 1959, not a single European American was enrolled in Caldwell School. This subterfuge tactic embittered civil rights leaders.

In the same week, it drew Rev. Jesse Jackson, a North Carolina A&T student officer, into a leadership role for the movement. The sit-ins also encouraged many European American students and international clergy to support the Civil Rights Movement. It took many years of peaceful sit-ins to help break the back of Jim Crow, community by community into the 1970s.

Today, Greensboro has African American elected officials at all levels and a thriving economy. It is not a perfect for African Americans, but it is headed in the right direction.