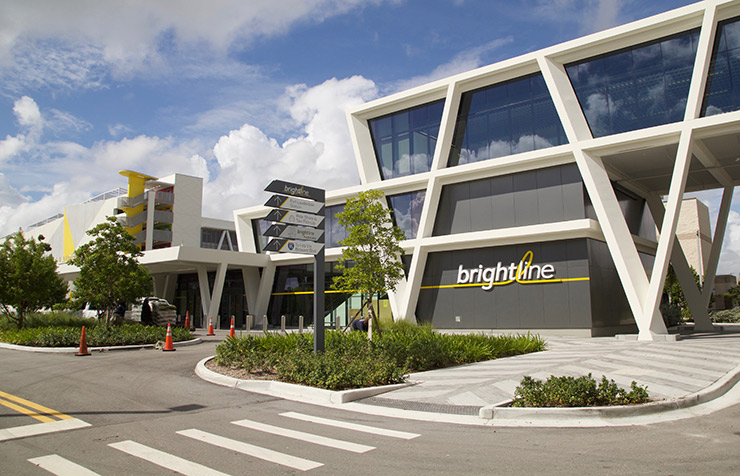 Fort Lauderdale-Hollywood International Airport (FLL) is a major airport hub. JetBlue, Southwest, Delta, Spirit and American dominate its many flights from North America and the Caribbean. The large passenger concourse includes a wide range of restaurants, lounges, gift shops, WiFi, business services and passenger amenities, yet is easy to navigate. It is located only 7 minutes from downtown Fort Lauderdale and 3 minutes from Port Everglades, the second largest cruise port in Florida. Uber/Lyft pickup service is roadside between Terminal 3 and 4. For convenience, many savvy travelers prefer to transfer at FLL Airport for Caribbean vacations and pre-cruise activities in Fort Lauderdale. FLL TERMINAL MAP.

Car Rentals: Alamo, Avis, Budget, Dollar and Hertz are readily available across from Terminal 1. Taxi stands are located at each airport baggage claim and major hotels (Yellow Cab/Checker, 954-565-5400). Super Shuttle fare within Broward and Dade Counties costs $12 to $100, but $21-23 should get you from FLL Airport to downtown Fort Lauderdale.

Brightline is a new privately operated Intercity Passenger Rail line between Miami, Fort Lauderdale and West Palm Beach. The architecturally attractive Brightline Fort Lauderdale Station at 101 NW 2nd Avenue features patron amenities in its downtown location. Brightline trains run hourly and feature comfortable seating, large windows, overhead storage, WiFi, USB outlets, large tray tables, bike racks, ADA accessibility and clean restrooms. Miami is half an hour away from Fort Lauderdale. The only downside is Brightline trains are limited to 80 mph between Miami, Fort Lauderdale and West Palm Beach due to so many roadway crossings. Fortunately, Brightline is being expanded with fewer roadway crossings from West Palm Beach to Orlando International Airport as 110-125 mph route to open by late 2022. That will enable a Fort Lauderdale-Orlando trip in a shorter travel time than both flying and driving. Brightline stations at Aventura, Boca Raton and PortMiami will open in 2021-22 as well.

Sun Trolley is a free on most routes and $3/day on two routes trolley service. Every 30 minutes from morning to 6pm, the trolley runs throughout downtown Fort Lauderdale, Las Olas Boulevard, Sunrise Boulevard and Fort Lauderdale Beach.

Port Everglades Cruise Center is a shared between Fort Lauderdale, Hollywood and Dania Beach. Its the third busiest cruise port in the world. Cruise lines depart year round to the Bahamas, Key West, Western Caribbean and Eastern Caribbean. More passengers are considering this award-winning cruise port, which now handles over 3 million annual passengers via these major cruise lines:

Royal Caribbean Celebrity International. Offers cruises to the Bahamas and the Caribbean; enjoy 3, 4, 7, 10 and 11-night routes.

Carnival Cruise Lines: One of the world’s most popular cruise lines with its family of “Fun Ships” operating voyages to the Bahamas, Eastern and Western Caribbean.

Club Nautico Boat Rentals
Rent a 20-33 foot powerboat for diving, snorkeling or cruise the Intracoastal or fishing in the ocean; or better yet rent a 24-foot boat for a PARTY of nine
ADDRESS: Pier 66 Marina
PHONE: 954-523-0033
WEBSITE: http://www.fortlauderdaleboatrentals.com

Water Bus
This popular past time along Fort Lauderdale’s famed Intracoastal waterway for great sightseeing, dining at the many waterfront restaurants or shopping along Las Olas Blvd. One-way tickets for the popular service costs $5 for all day pass; the water cabs will go anywhere within seven miles of Intracoastal Waterway, between Port Everglades and Commercial Boulevard. Guided tours and private charters of the Historic New River are also available
ADDRESS: 651 Seabreeze Blvd
PHONE: 954-467-6677
WEBSITE: http://www.watertaxi.com/ftlaud

Everglades Day Safari
A trained guide discusses the past, present and future of this unique natural resource. Includes a jungle cruise, nature walk, tram ride and airboat ride. You will see alligators, flocking birds, feral pigs, large turtles and many other reptiles. Lunch is served. Safaris depart Fort Lauderdale each morning at 7:45a and return about 5:30p; Adults $100, Seniors $90, Children under age 12 $80
PHONE: 239-472-1559
WEBSITE: http://www.ecosafari.com

Fort Lauderdale Freeway & Tollway Network is congested during commute hours. Otherwise, the freeways and tollways are enjoyable to ride. If plan to rent a car, keep eight dollar bills handy for tolls before leaving the airport. Several elevated highways give a view of the Everglades to the west and Atlantic Ocean to the east.