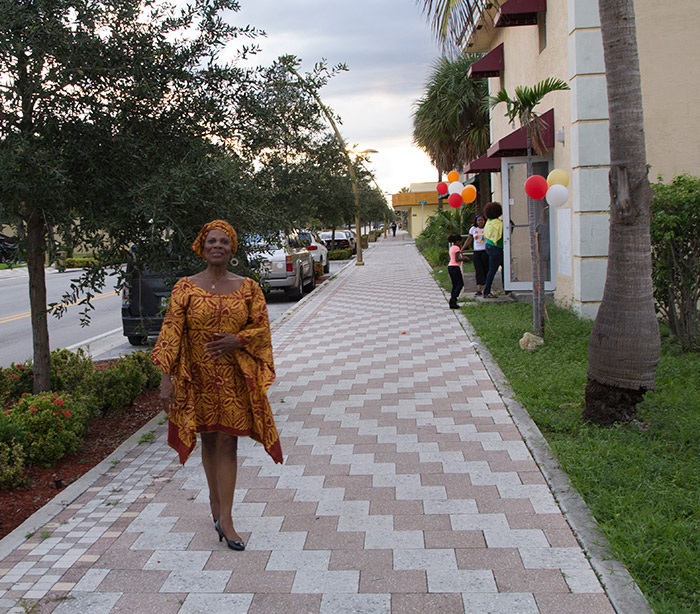 Rewind Fort Lauderdale history back to Seminole Indians inhabiting the area for thousands of years. Then roll forward to when they proudly defend their land against Spaniards prior to 1821 and against Americans for two more wars. By 1838, General William Lauderdale built the first fort, which later became the city’s namesake.

Though many Seminoles were killed or driven to the Everglade swamps, they were never conquered. A détente ended Florida’s Indian Wars. Then increasing numbers of European settlers arrived in the 1880s to fish, farm, and build real estate.

The earliest recorded black settlers in Broward County migrated from Georgia, South Carolina, and the Bahamas. Many were railroad workers who helped build a rail extension from the north in 1896. For convenience, they settled in shanties along the railroad tracks. After the tracks and stations were completed, many remained to work on other endeavors. At the time of Fort Lauderdale’s incorporation as a city in 1911, it had a recorded population of only 150.

In the 1920s, the community of Liberia was created for Bahamian and African American workers when Hollywood, Florida was being developed. Some homes constructed in Bahamian style still remain. By 1940, Fort Lauderdale had a population of 18,000. Few of the suburban cities, which surround it today, had been formed. Some of the residents have lived there for generations. Some have extended families in the Seminole Indian community.

Like elsewhere in our segregated country, a close-knit Black community emerged to provide living essentials: a black church, newspaper, shops, theater, restaurants, and professional services. As the first black church in the area, Piney Grove Baptist takes on more importance relative to the other institutions since it opened before the Civil Rights Movement.

You’ll also find the Elks Club, a social and political center for Black professionals for over 70 years.

Dania Beach was once a farming community that employed many black workers. Just east of Dania Beach, John Lloyd Beach State Park, was home to the once segregated and hard to reach Colored Beach. Today, a memorial to that beach and those times remain.

In 1959, Fidel Castro ascended to power in Cuba as a communist dictatorship. America’s federal government leaders feared his influence only 90 miles from Florida. Troop level at Homestead Air Force Base near Miami was increased. Cuban refugees, we welcomed into what were once “white-only” districts in Greater Miami.

Since the Interstate Highway System was also built for defense purposes, the I-95 Highway & Interchange was quickly expanded through Miami’s Overtown black community without mitigating measures to preserve its balance of low-to-middle-income residents.

Around 1960, the Greater Fort Lauderdale business community targeted Anglo-Americans and Europeans for winter retreats and retirement homes. At the same time, the black community organized a Wade-In at Fort Lauderdale Beach to protest the lack of access to Colored Beach. 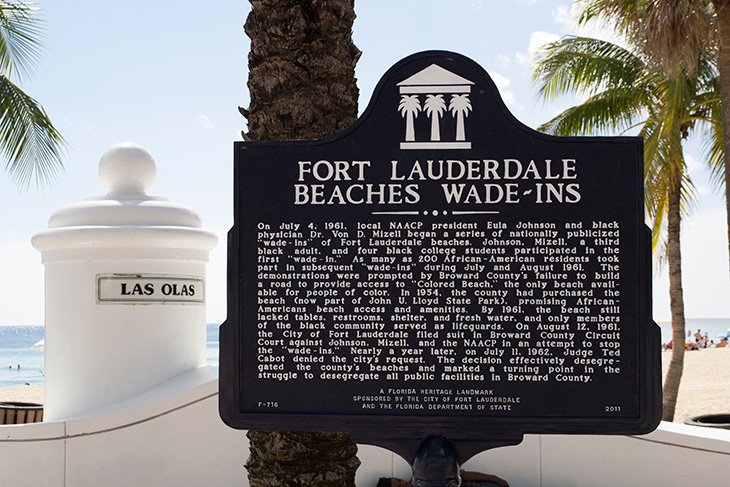 Even with the abundance of new housing and jobs, racism did not elude Broward County. Fort Lauderdale was a site for several Florida Sit-ins during the Civil Rights Movement as chronicled at the Old Dillard Museum. Despite controversial Florida elections, long-term population growth by African-Americans, Hispanic-Americans, Caribbean-Americans, and Seminoles are claiming more political seats.

Greater Fort Lauderdale is fast-approaching number one in “Diversity” among U.S. metro areas. Over 120 countries are represented and 60 languages spoken, with Spanish, French-Haitian Creole, and Portuguese heading the list. Cultures of African descent comprise nearly a third of the population, including Jamaicans, Trinidadians, Haitians, and Afro-Latinos.

The metro area also has the most diverse mix of Hispanic-Americans in South Florida, with sizeable populations of residents from Puerto Rico, Cuba, the Dominican Republic, and Brazil. Their diversity in large numbers of small businesses makes Fort Lauderdale a vibrant place to live.