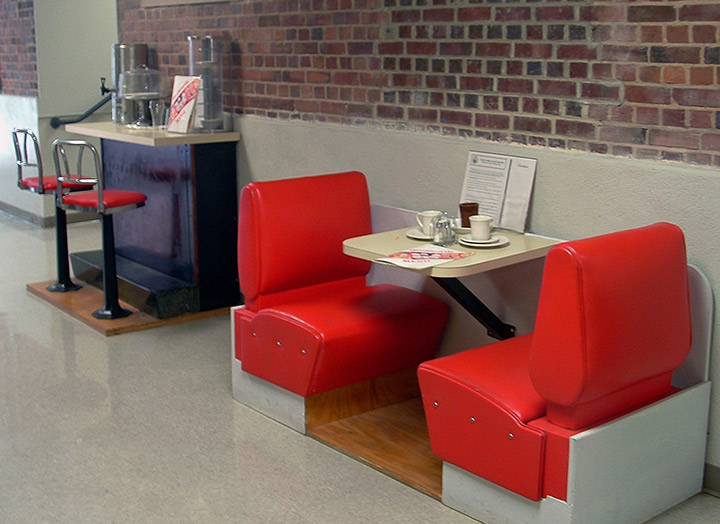 Scarborough House
DESCRIPTION: This richly decorated Colonial-style house is emblematic of the those built by African Americans in the 1910s. J S Scarborough, who founded an undertaking business, also became the first president of the Colored Voters League in 1922. The league was instrumental in registering many first time Black voters.
ADDRESS: 1301 Fayetteville Street, Durham, NC MAP

Stagville Preservation Center
DESCRIPTION: At 30,000 acres with over 900 slaves owned by the Bennehan-Cameron families, it was one of the South’s largest plantations; Horton Grove contains many historic 18th and 19th century structures for housing enslaved people, Staggville Barn and the Bennehan House, orchard, garden, tobacco barns built by enslaved craftsmen and planters are now dedicated to the preservation of African American cultural and historical studies; the plantations were owned by Richard Bennehan in 1800, a transplanted Virginia merchant who purchased land from Judith Stagg; his daughter Rebecca married Judge Duncan Cameron who operated a neighboring plantation; their son, Paul Cameron, held numerous political and financial positions throughout the state and the family presence extends to Duke University; pre-Civil War life at Horton Grove is captured in the book “The Black Family from Slavery to Freedom” by historian Herbert Gutman
ADDRESS: Old Oxford Highway at Stagville Road, Durham, NC MAP
PHONE: 919-620-0120

Durham Hosiery Mill
DESCRIPTION: Built in 1901, but after 1904 it was the only mill in the country staffed entirely by African American employees; today it has been historically restored and adapted to an apartment complex
ADDRESS: 804 Angier Street, Durham, NC MAP
PHONE: 919-682-4866

Geer Cemetery
DESCRIPTION: Founded in 1876 as the first cemetery for African-Americans in Durham, it includes the graves of Civil War veterans. Its very small.
ADDRESS: between Camden, Colonial and McGill Streets, Durham, NC MAP

Former Woolworths Store
DESCRIPTION: Shortly after the Greensboro Woolworth sit-in of 1 February 1960, Durham Woolworth was the site of a similar sit-in protest against “Whites Only” service. It was attended by Rev. Dr. Martin Luther King, Rev. Douglas Moore and many others in the Civil Rights Movement. Additionally, a portion of this historic Woolworth’s counter is on display at North Carolina Central University.
ADDRESS: 124 West Main Street, Durham, NC MAP

North Carolina Civil War Trail
DESCRIPTION: Recognizes Bennett Place, the onetime farmhouse where the largest surrender of Civil War troops was negotiated between Generals Joseph Johnston and William Sherman. Other proposed sites include the New Hope Creek area in Southwest Durham where the Union cavalry met retreating Confederate soldiers for the last picket battle of the Civil War prior to the surrender. Durham’s Station Brassfield Station, which served as key train stations during the final troop movements of the war and West Point, where the Union Cavalry camped, among other historic sites.
WEBSITE: http://www.civilwartraveler.com/northcarolina

Shepard House
DESCRIPTION: The Shepard House is named after North Carolina Central University (NCCU) founder Dr. James E. Shepard; built in 1929, the house originally served as the official residence of the university’s presidents through the early 1980s and hosted such luminaries as W.E.B. Du Bois, Marian Anderson, Philip Randolph and Mary McLeod Bethune. Shepard was president of NCCU from 1910 to 1947. The property has been renovated and highlights Dr. Shepard’s life and work including photographs, papers and recorded oral histories. Shepard House is not only a focal point for preserving the history of the university, but also that of Black Durham.
ADDRESS: North Carolina Central University campus, Durham, NC MAP
PHONE: 919-929-4298

North Carolina Mutual Life Insurance
DESCRIPTION: Founded in 1899, when it was tri-managed by John Merrick, Dr. Aaron M. Moore and Charles Spaulding. Over 1904-1918 the insurance company expanded its territory of coverage to South Carolina, Georgia, Virginia, DC, Maryland. By the end of 1921, insurance in force reached a then staggering sum of $21 million. A national success story, the company now issues insurance nationwide from its modern 12-story building downtown. The company is further distinguished as the nation’s largest Black-owned insurance company and it is one of the 20 largest insurance companies in the nation. Arrange a tour of the Heritage Room for a pictorial review of the company’s history.
ADDRESS: 411 West Chapel Hill Street, Durham, NC MAP
PHONE: 919-682-9201
WEBSITE: http://www.ncmutuallife.com

Mechanics & Farmers Bank
DESCRIPTION: Beginning business in 1908 by RB Fitzgerald and nine others, one of the oldest African-American owned banks. In 1921, the bank merged with Fraternal Bank & Trust. In 1935, they reached $1 million in assets and became the first African American owned bank to receive a highly sought after Certificate of Authority from the Federal Housing Authority. In 1965, they bought this headquarters building from North Carolina Mutual Life Insurance.
ADDRESS: 116 West Parrish Street, Durham, NC MAP
WEBSITE: http://www.mfbonline.com