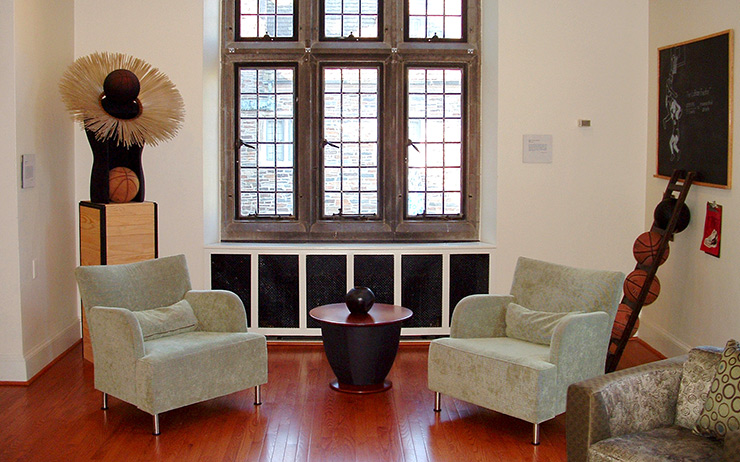 Hayti Heritage Center
DESCRIPTION: Pronounced “Hay – tie,” this multi-purpose complex serves as a national archive for the preservation of African American works and artifacts. It is named after the Hayti district which is a bout 1 mile southest of Black Wall Street. During the year, one can see a variety of visual arts on display in the Lyda Moore Merrick Gallery. The dance studio holds 30-40 people and the community meeting space holds up to 80 for Kwanzaa and other celebrations.
ADDRESS: 804 Old Fayetteville Street, Durham, NC MAP
PHONE: 919-683-1709
PHONE: https://hayti.org

Mary Lou Williams Center for Black Culture
DESCRIPTION: Named in honor of the Jazz pianist, composer and teacher Mary Lou Williams, who was an artist-in-residence at Duke from 1977-81. Since opening in 1983, the mission of the center is to preserve and enhance Black culture, promote interracial understanding and sponsor events covering art, history and folklore. Open by appointment.
ADDRESS: Duke University’s West Campus, Durham, NC MAP
PHONE: 919-684-3814
WEBSITE: http://mlw.studentaffairs.duke.edu