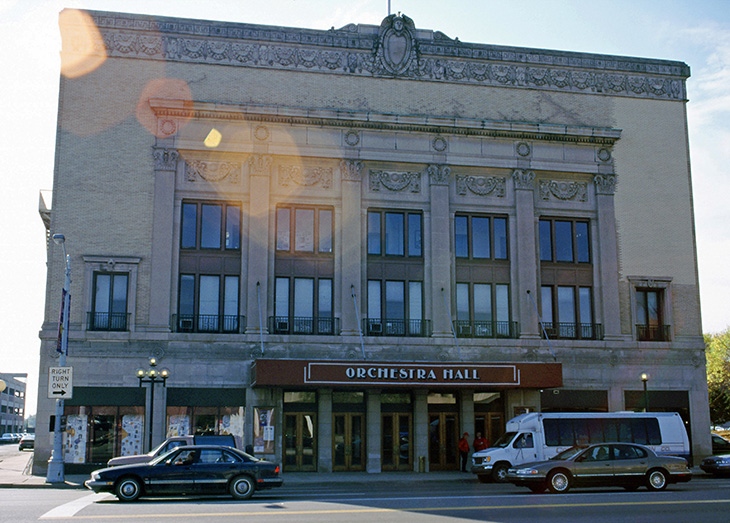 Before the Civil War, Second Baptist Church in Detroit, now the Midwest’s oldest African American church, served as the Underground Railroad Station for more than 5,000 people escaping slavery in route to freedom across the Detroit River in Canada. However, many of these African Americans remained in Detroit, eventually transforming the community known as Paradise Valley into what has been referred to as one of the most prominent and dynamic African American neighborhoods in U.S. history.

Opportunities for economic growth seemed endless. Numerous successful and wealthy African-Americas emerged in a variety of industries. Once Ford Motor Company opened its doors to Blacks, scores more arrived from the South in search of a better life, to work in Ford’s factories as autoworkers, and other blue-collar professions such as porters and drivers.

Despite much of the prosperity, at this particular time in history prohibition was in full swing and illegal gambling prevailed, particularly among those lacking education and job skills. As a result, Paradise Valley also had its fair share of large numbers of the working poor and unemployed. Nevertheless, the community continued to grow and thrive.

One of the focal points here was the Gotham Hotel, built in 1925. Owned, managed and staff by African Americans, the Gotham was known by Blacks all over the country for its elegance and social significance. Everything from the fixtures to the furniture, hand-painted portraits, carvings and other accoutrement used from the lobby, to the guest rooms, to their renowned dining room–the Ebony Room—were first rate. Thus, the Gotham was the place to lodge, dine and socialize for countless celebrities, Civil Rights Activists, entertainers, athletes, government figures, Black millionaires and others. Some of the regulars who lodged and dined here over the years included Louis Jordan, Ella Fitzgerald, Benny Goodman, B.B. King, The Harlem Globetrotters, Langston Hughes, Louie Armstrong, Thurgood Marshall, Sammy Davis Jr., Dr. Martin Luther King, Jr., Sarah Vaughn, Joe Louis, Adam Clayton Powell and Marla Gibbs, who was once employed as a switchboard operator at the Gotham.

In addition to the hotel, numerous prestigious theaters, restaurants and nightclubs shared center stage in Paradise Valley. Among them was the Paradise Theatre, Detroit’s main venue on the Chitlin’ Circuit that also included the Apollo Theatre in Harlem, Uptown Theatre in Philadelphia, Royal Theatre in Baltimore, Howard Theatre in Washington and Regal Theatre in Chicago. Back-in-the-day, this circuit attracted folks from all over the country to hear the world’s greatest Jazz performers, including Nat King Cole, Lionel Hampton, Duke Ellington, Billie Holiday, Count Basie and numerous others.

The theater remained in the Jazz forefront from 1941 through 1951, when it succumbed to the nationwide decline in popularity of Jazz music. Nonetheless, Orchestra Hall stands today as a reminder of those glory years, and is a great place to enjoy frequent tributes to the Duke and many other venerable Jazz composers and performers.

The Surf Club, situated where the Belle River enters Lake St. Clair outside of Windsor, Ontario, Canada, was the first Black country club in the metro Detroit. Frequented by local residents and many of the celebrities who visited and performed at the Gotham, the Paradise Theater and other venues around town, the Surf Club encompassed a beach, a motel, homes, cottages, a driving range, tennis, fishing, boating, picnic areas and fine dining for the Black elite.

Though Idlewild attracted Black vacationers from around the nation, given their proximity only a few hours away, Detroit and Chicago vacationers dominated Idlewild summers. Here, the Club Fiesta was the main draw, the club’s owner along with several other businessmen credited with forming the Idlewild Review, a traveling entertainment troupe.

By 1943, improved economic conditions in Detroit enticed many Blacks to move out of the community towards the suburbs. This, coupled with a set of macro-economics and public policies similar to those affecting historic Black districts elsewhere around the country, inevitably brought about its demise. Fortunately, Paradise Valley/Black Bottom was not the only black district in Detroit.

By the 1950s, Detroit’s municipal government leaders decided that a series of interstate and state freeways were needed in the region. At least one freeway needed to run downtown for the city to progress, according to their thinking. Being an automobile-centric city, mass transit was not considered to be an option. Typical of the times, the least powerful community would be most desecrated for the “greater good” of Detroit. Hence, Paradise Valley/Black Bottom was bulldozed to make room for Interstate 75 Freeway, and a great many Black residences and businesses were removed. With freeway access to otherwise distant places, the White middle class began moving to the roomier suburbs. Along with freeway building and suburban migration, school desegregation began in earnest around 1960.

Today, part of Ford Field, home of the Detroit Lions football team, is located on land where Paradise Valley stood. But its’ historical significance can never be replaced.