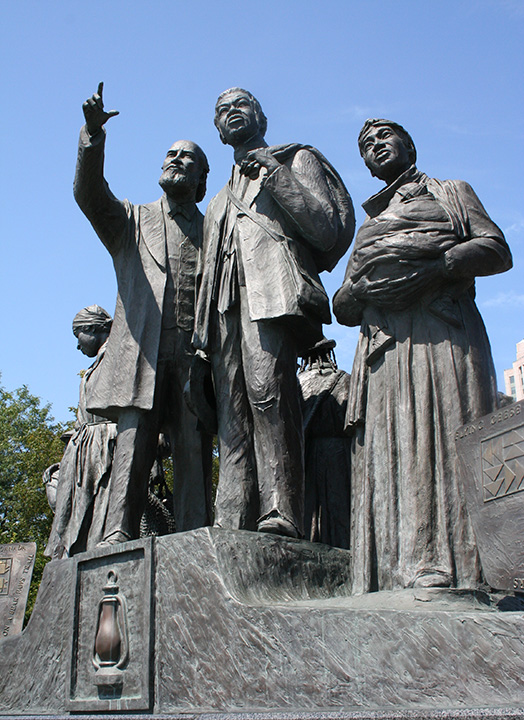 Detroit History is pock-mocked with tribulation, triumph, failure and lately, recovery. For hundreds of years, the area was so important to commerce between Native American tribes that only well-known fur traders were allowed into the territory. Then in 1701, French explorer Antoine de la Mothe Cadillac used his knowledge of the region to establish a fort on the banks of the Detroit River.

In 1760, Great Britain took control of the region. In 1796, European Americans took over the region as a result of Jay’s Treaty. In 1815, Detroit incorporated as a city. From the early 1800s until the Civil War, Detroit played a major role in the Underground Railroad and a famous meeting between two Great Abolitionists – Frederick Douglass and John Brown.

After the Civil War, local African-American population spiked upwards due to migrants looking for work and a better life than the South. In 1896, Henry Ford built his first car in Detroit. This was not big news, since the automobile was invented many years earlier in Europe. Later, Ford developed a method of building cars on assembly lines is what revolutionized the automotive industry and American landscape. Little did anyone know at the time, but his fair employment practices also reshaped America.

As car demand rocketed, Ford was running short of Anglo-Americans to work the most physically challenging jobs on assembly lines. He needed more workers and offered $5 dollars for eight-hour workdays. He figured that African Americans who worked plantations in the South had the mettle to withstand repetitive and strenuous work in his factories. But in 1910, there were only 5,000 African Americans in Detroit. Driven by capitalist instincts, Henry Ford sent recruiters throughout the South looking for good workers. As a result, Ford benefited from more of the best manual and skilled labor.

Dozens of automotive companies emerged in the region. Many were acquired by automotive conglomerate General Motors. In 1930, there were over 120,000 African-Americans in the city, settling primarily in the Eastside, near car factories. Elmwood became the principal cemetery for African Americans.

When the Depression arrived in 1930, many European American men saw African American men as unwanted job competition. They were historically, visually and legally easier to target for discriminatory practices than new European Immigrants. Such competition for jobs and racial ignorance were breeding grounds for Klu Klux Klan recruits and activity. A result was a manipulation of automotive trade unions to exclude many African-American workers.

The reactionary attitudes of some Anglo-Americans could be seen in the infamous Ossian Sweet case. Sweet was a black doctor who moved into a white neighborhood of Detroit. A mob of residents tried to destroy his house. Dr. Sweet, in defense of his life and home, shot two people in the mob, killing one person. Sweet would later be found Not Guilty in a landmark legal case. But his treatment by the mob was a reminder to all African-Americans. Choose your residential area carefully or prepare for consequences.

As a reaction to racism, W.D. Fard, a person with mysterious beginnings and endings, founded the Nation of Islam here in 1930. In part, he based the NOI on Black Nationalism principles espoused by Marcus Garvey. Prophet Jones also came to the city and developed a radio show heard by millions in the 1930s. Joe Louis, a beloved Detroit native, marveled fans of all colors, as he held the boxing crown off and on between 1935-1949.

During World War II, factories used to build cars, churned out weapons for America and the Allied Powers. Since the nation’s defense policy was to severely limit the number African American soldiers, sailors and pilots based on fear that they would be more dangerous after the war, the automotive trades reopened to black workers.

With more access to automotive jobs, Detroit’s black middle class approached 50,000 during World War II. Weapons production by automotive workers helped win the war. But the luster of job access faded quickly in the Detroit Race Riot of 1943. Dozens were killed. A significant contingent of Tuskegee Airmen returned or settled in Detroit after the war, since many of them would find good jobs in the automotive factories. But the racial environment changed for the worse when European Americans returned from Europe and the Pacific in 1945.

When the national economy picked up in the 1950s, more automotive jobs re-opened up for African Americans. Despite discriminatory, school and housing segregation practices over the next 15 years, Black Detroiters worked feverishly to improve their lot in life politically and economically. Charles Diggs, Jr. was elected to the U.S. House of Representatives in 1955, making him Michigan’s first African American U.S. Congressman. So many brothers were employed in the automotive industry, that for a time, Black Detroiters had the highest per capita income among African Americans nationwide. 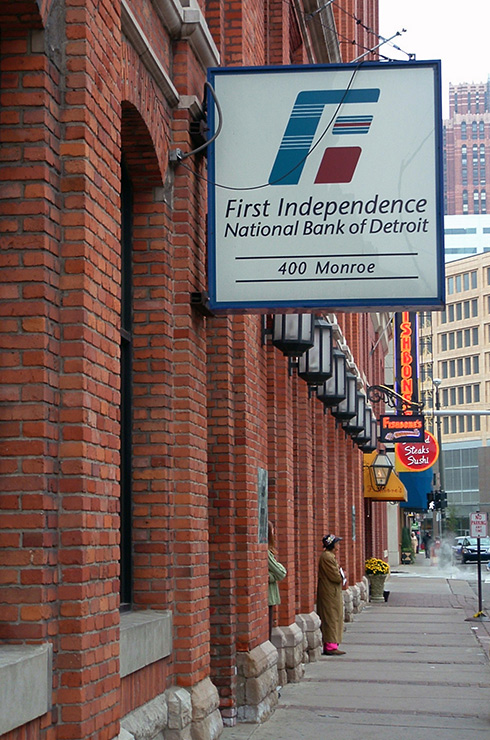 In this environment, many black businesses sprang from former autoworkers. Berry Gordy’s Motown Records was one of them in 1959. And the rest is music history.

Detroit’s uglier side resurfaced in summer 1967, changing the racial makeup of city forever. On 23 July 1967, police raided an illegal black-owned drinking establishment on 12th Street. They handcuffed and illegally beat many patrons. This event started one of the biggest urban riots in American history. Forty-three people were killed, 1,189 injured, 7,231 arrested and $45 million in damage resulted.
Though excessive freeway expansion made white flight a big factor before the riot, it rapidly accelerated after the riot. Detroit population quickly shifted to 70% African American.

Some things did occur. Detroit’s first black-owned bank opened in 1970. The city welcomed its first black mayor in 1973, Coleman Young, a Tuskegee Airman.

From the mid-1970s to mid-1980s however, the automotive industry entered recession and city’s tax base shrank. As it struggled to find a new economic balance for its citizens, crime soared. During the final years of Young’s term, the city began to bounce back financially. Detroit’s second Black mayor, Dennis Archer, led the city to partial redevelopment. Downtown opened more offices, restaurants, shops and renovated theaters — bringing much needed tax base and jobs again.

Unfortunately, the Hip-Hop mayor, Kwame Kilpatrick, was convicted of improprieties casting a pall on the mayor’s office and the redevelopment progress. Even Dave Bing, a former NBA All-star and well respected business leader, then mayor, could not turn it around. Bankruptcy ensued.

Many years would pass before a comprehensive, better planned redevelopment of Motor City started.