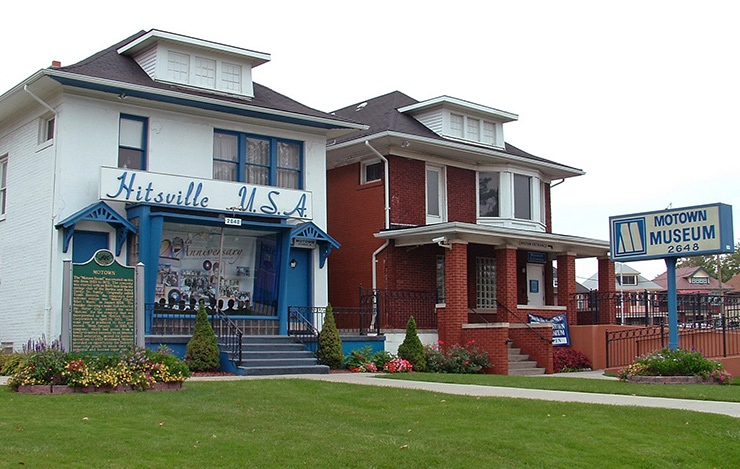 This is the original studio and headquarters where the “Motown Sound” was born. No other 1960s music company produced as many #1 hits or launched as many stellar careers. The headquarters is restored to its 1960s state when the Supremes, Temptations, Martha Reeves & The Vandellas, Marvin Gaye, Four Tops, Smokey Robinson & The Miracles, Gladys Knight & The Pips Stevie Wonder, and The Jackson 5 recorded their first hits. Fans can see rare photographs, gold records and one-of-a-kind memorabilia, including Michael Jackson’s sequined glove and the glittering dresses worn by the Supremes. The Motortown Revue Exhibit upstairs has rare photos and videos of historic theatres made famous by performing artists. Although Motown Record Company left Detroit in 1972, this museum is poised for a brighter future. Motown Museum has announced plans for a major expansion on Grand Blvd.