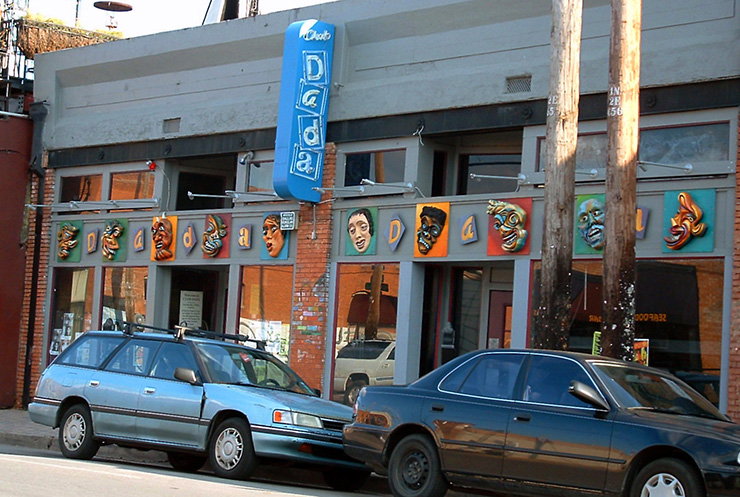 Deep Ellum, as African Americans lovingly called their part of Elm Street east of downtown, was one of three small African American settlements in Dallas. The others were Stringtown and Freedman’s Town, which evolved into the larger North Dallas community. The second part of its name, “Ellum”, is how the southern African Americans pronounced “Elm.”

Deep Ellum was located near a railroad depot to be more desirable to former slaves after the Civil War. Several industries were located in Deep Ellum at one time. Robert S. Munger invented a new cotton gin in Mexia in 1883 that revolutionized the ginning industry, and built his first factory to manufacture the new gin in Deep Ellum in 1884. In 1913 Henry Ford opened several regional assembly plants to supplement the manufacture of Model Ts at his Detroit plant. One was built in Deep Ellum and served as the Southwestern Ford Assembly Plant. The Grand Temple of the Black Knights of Pythias was constructed in 1916. In addition to serving as the state headquarters for the Knights, the building held offices of Black doctors, dentists, and lawyers. It was the first commercial building for and by African Americans in Dallas.

An auditorium-ballroom on the top floor was used for dances, assemblies, and parties. At one time the Dallas Express, a weekly Black newspaper, was published in the Temple, and the state and local headquarters of the YMCA were there. By the 1920’s, the Deep Ellum area had become a retail and entertainment center for Dallas residents, was known for its live theatre, Blues clubs, movies and small black businesses. Blues legends such as Big Mama Thornton and Blind Lemon Jefferson frequently performed here, giving Dallas a Blues Tradition that rivaled Memphis for a time.

But when the railroad depot was removed, the area declined throughout the 1940’s and 50’s. When the streetcar line was abandoned in 1956 it declined even further. Around 1990, the streetcar returned, developers and others had renewed interest in the area, and by 1991 Deep Ellum had become popular as a nightspot for young urban dwellers with some 57 bars and nightclubs, albeit mostly rock and pop clubs with some Hip-Hop mixed in. In addition, a plethora of avant-garde shops selling a variety of merchandise, including clothing, antiques, crafts, and art works appeared, making Deep Ellum relevant again, but different.

Today, its an arts and entertainment district with a sketchy future, even though or because its next to downtown Dallas.