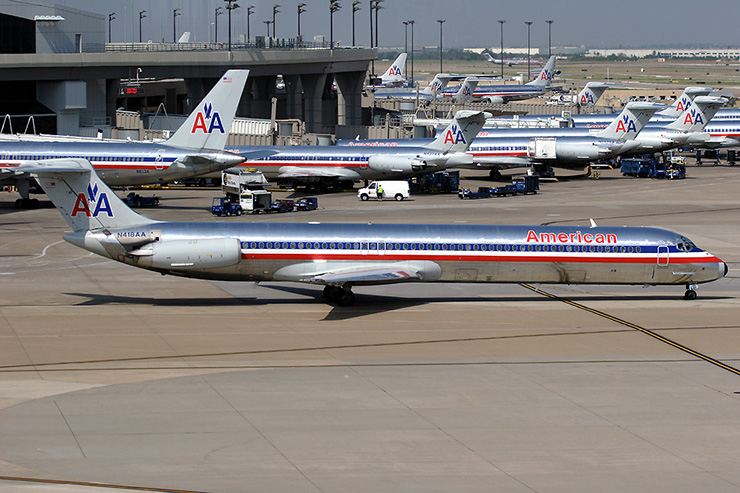 Dallas-Fort Worth International Airport (DFW) is America’s 8th busiest passenger airport with tons of domestic and international flights that fan across the globe. Though extremely large, DFW is iaid out in a logical manner and each of its 5 terminals has an ecosystem of WiFi, gift shops, cafes, lounges, business amenities and emergency services. DFW AIRPORT TERMINAL MAP

Skylink automated people mover runs shuffles passengers between every terminal every 2 minutes and completes its cycle in 9 minutes. DART light rail connects DFW Airport to Union Station in downtown Dallas. Shuttles stop at each terminal. Car Rentals: Take Skylink within each terminal to Avis, Hertz, National and Thrifty car renters. Exit any DFW terminal via International Parkway. The parkway connects to State Highway (SH) 183 on the South, if you are headed to downtown Dallas. Take SH 114 on the North, if you are headed to northern Dallas. Taxis park outside each terminal. From DFW, it takes 30-50 minutes to reach downtown Dallas depending on commute hour. 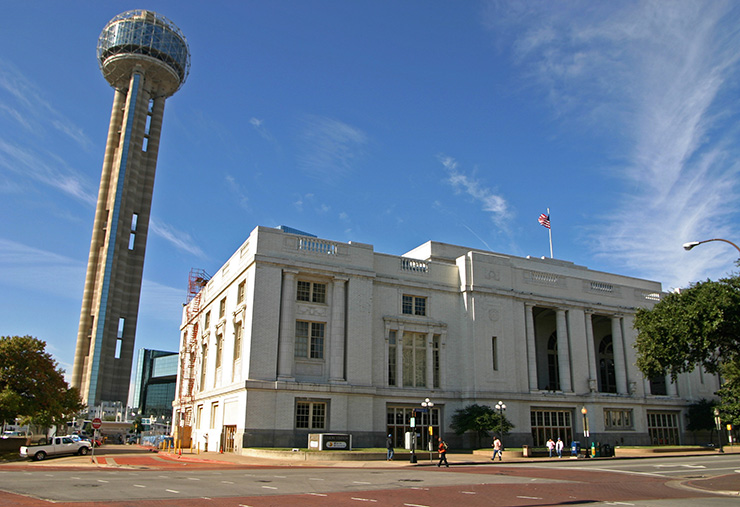 Amtrak is hosted by Union Station located at 400 South Houston Street. Oddly, there is no Dallas-Houston rail service, but a once daily Amtrak Texas Eagle: serves San Antonio-Austin-Dallas-Little Rock-St. Louis-Chicago.

San Antonio-Austin-Dallas-Oklahoma City-Tulsa is listed as a corridor suitable for future High Speed Rail service by the U.S. Department of Transportation. See this important article about Interstate High Speed Rail. 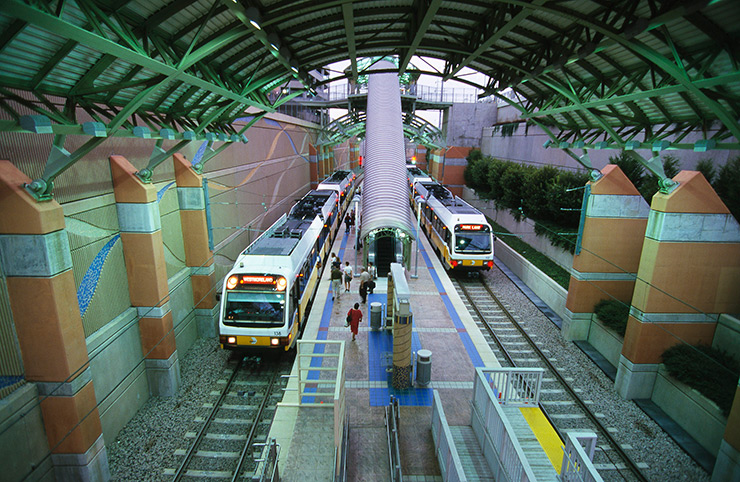 McKinney Avenue Trolley
Ride a vintage electric trolley car on busy city streets serenaded by the clang of the bell, toot of the whistle, the whine of the motors, the thump of the air compressor, and the hiss of the air brakes. These streetcars have logged thousands of miles since re-opening in 1989, up and down McKinney Ave between Uptown Historic District, Dallas Arts District, West End, downtown hotels and West Village. They also connect to DART light rail and runs daily every 15 to 30 minutes for FREE.
PHONE: 214-855-0006
WEBSITE: http://www.mata.org

Dallas Freeway & Tollway Network is logical, extensive and signage is adequate. Though you have periods of fast moving traffic, count on slow traffic between DFW and downtown during commute hours and between and Arlington and Downtown during big event weekends. The HOV lanes and trffic info displays really help during commute hours. Tollways are moderately priced for the mileage traveled.