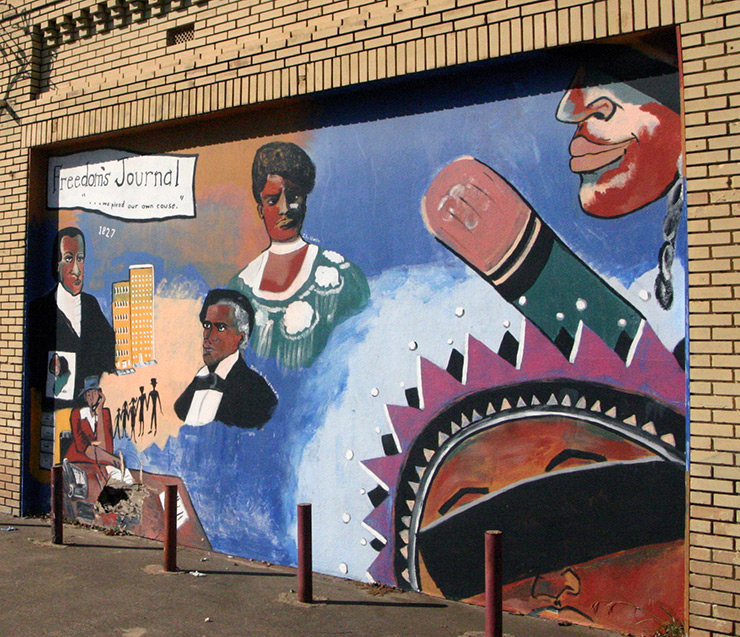 Dallas was initially a settlement by American Indians. European Americans settled here in 1841 when a Tennessee lawyer and entrepreneur named John Neely Bryan arrived. Bryan, negotiated with the Caddo Indians for land and then established a trading post on the bluff of the Trinity River not far from the present day West End Historic District. Shortly afterwards, the Republic of Texas built a road from the state capital in Austin through what became known as Dallas. By 1845 the city was founded and the citizens of Dallas voted 29-3 to become part of the United States. People of African descent began arriving shortly afterwards.

By 1850, slaves comprised 8 percent of the city’s population. They grew to 12% of the population (1,074) by 1860. With slavery becoming more numerous, it triggered both pro-slavery and abolitionist movements in in the region. In 1860, Texas suspended civil liberties when rumors of a slave insurrection spread. A vigilante group in Dallas lynched three enslaved persons who were suspected of starting a fire that burned most of downtown. Many other enslaved people were whipped. During the Civil War, the Confederate government established a general quartermaster and commissary headquarters for their army in Dallas. Slaveholders from other areas of the South moved into Dallas County with their slaves in order to avoid attack by Union troops.

Though the war ended months earlier, on or shortly after 19 June 1865, former slaves in Dallas discovered that they were emancipated. During Reconstruction, a large section of blacks from throughout the South moved to Texas looking for opportunities. The increasing African American population was not welcome by all. Many European Americans became fearful of job competition, triggering, the Ku Klux Klan’s rise here in 1868. Horrific voluminous acts of violence and the infamous Texas Black Codes shortly followed to “Put blacks in their place.” While the threat of violence against them was significant, African Americans kept coming due to the boom in cattle and railroad work. They soon settled in a few black enclaves around Dallas.

When the Houston & Texas Central Railroad came to Dallas in July of 1872, it brought new investments from national farm implement and garment and manufacturing companies that built sturdy buildings for their Dallas-based operations. By 1890, more than 100,000 Blacks voted in Texas elections. Threatened by their emerging political force, state leaders imposed a poll tax that limited African American access to the ballot box. Segregated public transportation, accommodations, schools and neighborhoods were sanctioned by law.

Ever resilient to challenges, African Americans opened their own black bank, Penny Savings Bank. The Dallas Express black newspaper was founded during in 1893. In 1905, Bluit Sanatorium was founded as the first Black hospital. In 1916, African Americans won a legal case that overturned residential segregation in some Dallas districts. The Dallas Negro Chamber of Commerce was founded in 1926, as black businessmen grew tired of the direction and pace of the National Negro Business League founded by Booker T. Washington. Due to the efforts of Maceo Smith of the Dallas Negro Chamber of Commerce and Samuel W. Houston of Huntsville in 1936, the Hall of Negro Life of Texas was built at Fair Park in Dallas. This hall helped to show the works of Harlem Renaissance painter Aaron Douglass and many other little known black artists in the state.

Forest Avenue, now called Martin Luther King, Jr. Boulevard, became the place to stroll or drive for a taste of Black Dallas. The Black businesses and history of this street is too numerous to mention in a small space, but you can see many restored residences along the South Blvd/Park Row historic district. Cultural Trivia: Martin Luther King Jr Blvd intersects with Malcolm X Boulevard in South Dallas.

Dallas African Americans used the courts and direct protests in the 1950s and 1960s to win access to public services throughout the state. As the walls of segregation came down, African-Americans quality of life in Dallas improved economically and politically. Joe Lockridge of Dallas was elected to state senate in 1966.

Similar to Atlanta and Houston, a huge African-American middle class developed in this era of the New South. Dallas has been named one of the 10 Best Cities for African-Americans to live because of the economic, social and political opportunities available. Although Black Dallas shares its penchant for low taxes, entrepreneurial activity and spiritual matters, it has distinctly different political views from most other citizens in the metroplex.