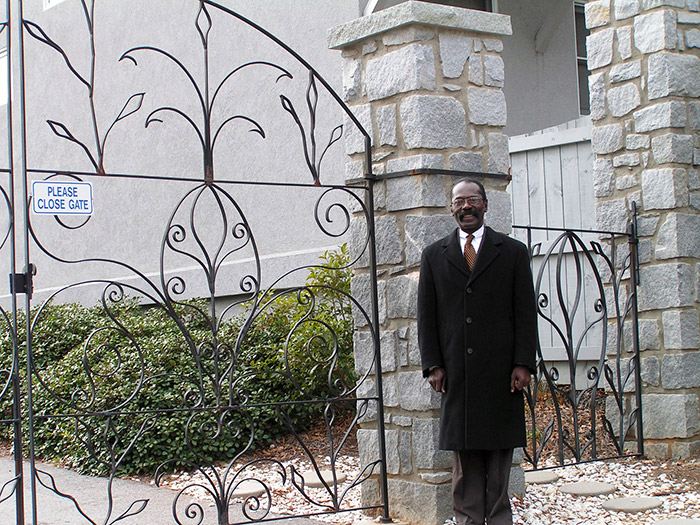 The Big Apple
DESCRIPTION: A former synagogue and nightclub, the Big Apple has been a Columbia landmark for the past 100 years. It was built as the House of Peace synagogue around 1907 and originally located at 1318 Park Street. In the late 1930s, the nightclub spurred the Big Apple dance craze that captured the nation. It became one of Columbia’s most popular African American dance spots at a time when South Carolina businesses were still segregated. Historic Columbia Foundation bought the property in 1993 and now rents the building out for a variety of social events.
ADDRESS: 1000 Hampton Street, Columbia, SC MAP
PHONE: 803-252-7742

Booker T. Washington High School
DESCRIPTION: Circa 1916, opened as the second public school for African Americans, this building came alive as a cultural and social center for the community it served. The property is now part of the University of South Carolina campus.
ADDRESS: Bull, Wheat, Marion and Blossom Streets, Columbia, SC MAP

Frederick House
DESCRIPTION: Nathaniel Jerome Frederick lived in this house, right around the corner from his law office in the North Carolina Mutual Building. After being admitted to the bar in 1913, he was the only practicing African American attorney in Columbia for many years.
ADDRESS: 1416 Park Street, Columbia, SC MAP

Good Samaritan-Waverly Hospital
DESCRIPTION: The Black hospital during segregation, afterwards it merged with Good Samaritan Hospital, a nurses’ training school; an unusually large number of Black doctors and nurses worked at or trained in the facility and resided in the Waverly neighborhood.
ADDRESS: 2204 Hampton Street, Columbia, SC MAP

Mann-Simons Cottage
DESCRIPTION: See evidence that all our Southern kin folks weren’t poor and enslaved before the Civil War. This cottage was built in 1855. Portraits of the Simons family and their artifacts from professions and religious affiliations are on display. The matriarch, Celia Mann, who was a free person of color, arrived in Columbia in 1850; the home includes an 1895 rosewood parlor suite that reflects the family’s significant financial success and status. Now home to the Historic Columbia Foundation.
ADDRESS: 1403 Richland Street, Columbia, SC MAP
PHONE: 803-252-1770
WEBSITE: http://www.historiccolumbia.org/history/mann_simons.html

Modjeska Monteith Simpkins House
DESCRIPTION: From 1931 until her death in 1992, Modjeska Monteith Simpkins constantly made significant contributions to African American public health reform as well as to the national Civil Rights Movement. For years, her home served as a meeting place for dignitaries. Guests included Supreme Court Justice, Thurgood Marshall, who litigated Briggs vs. Eliot case in 1954, which became a constituent part of the landmark Supreme Court case, Brown vs. Topeka Board of Education.
ADDRESS: 2025 Marion Street, Columbia, SC MAP
PHONE: 803-748-8644

Randolph Cemetery
DESCRIPTION: Founded by 19 African Americans in 1871, the cemetery is a memorial to Benjamin A. Randolph, a member of the Reconstruction General Assembly, who was assassinated in Abbeville in 1868. Randolph and eight other African American Reconstruction legislators are buried here.
ADDRESS: 1538 Sumter Street, Columbia, SC MAP

Richard Samuel Roberts House
DESCRIPTION: Roberts was a self-taught photographer. By 1922 he had opened a photography studio in the heart of Columbia’s Black business district. His photographs are important documents recording the rise of the Black middle class in Columbia during the 1920’s and 1930’s. Not open to the public.
ADDRESS: 1717 Wayne Street, Columbia, SC MAP

Millwood Plantation Ruins
DESCRIPTION: Once a grand plantation mansion on 13,000 acres, it belonged to Confederate General Wade Hampton III. You can image the number of enslaved people required to work the land and upkeep the huge mansion. During Union General Sherman’s occupation of Columbia in February 1865, the home was burned to the ground in the Civil War. guided tours provided March-October on the last Sunday of the month.
ADDRESS: 6100 Garner’s Ferry Road, Columbia, SC MAP
PHONE: 803-252-1770