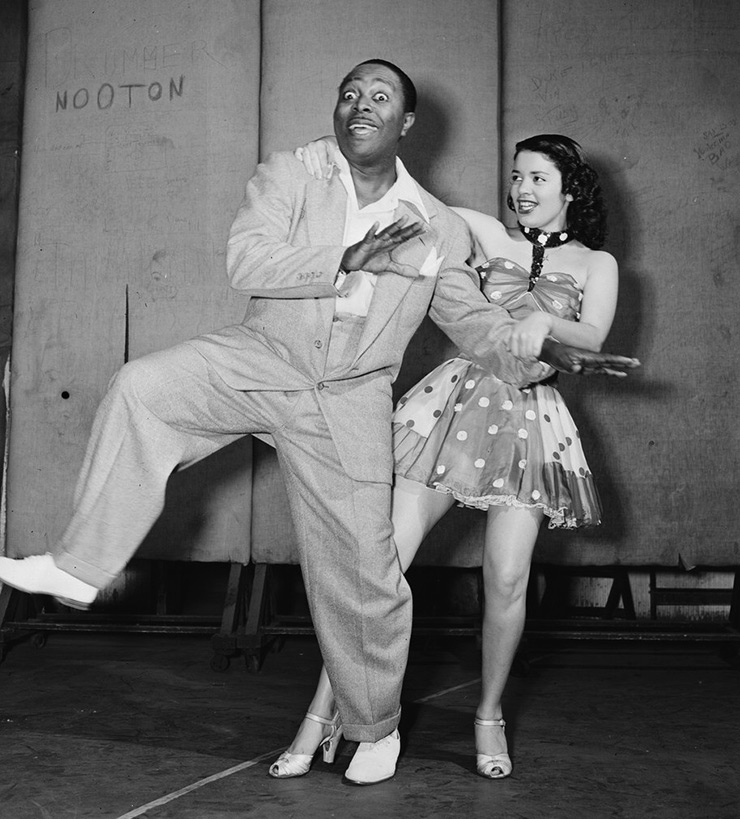 How does a white DJ in Cleveland become lauded as the Father of Rock n’ Roll? How does Cleveland, a city that was not home to the first hit Rock n’ Roll record, get chosen as the location for the Rock & Roll Hall of Fame? There’s an only-in-Cleveland answer to one of those questions and a historic racism answer to the other.

In the 1930s, “Rock n’ Roll” was African-American slang for engaging in sex. Most credible evidence points to the black R&B bandleader, Louis Jordan, as the first person to describe this commercial music genre as “Rock ‘n Roll.” In the 1940s, when he worked primarily in NYC and Philadelphia. Jordan was one of the first black recording artists to achieve significant crossover popularity with the white audience. He scored simultaneous Top Ten hits on the white pop charts on several occasions. Louis Jordan was the 3rd most successful black bandleader of his day, trailing only Duke Ellington and Count Basie.

Alan Freed, a white musician and disc jockey in Cleveland that liked a good party, coddled Rhythm & Blues music by black folks. His love for the music was genuine. But given the state of racism in America, he knew that calling it “Rhythm & Blues”, “Jump Blues” or “R&B” on the airwaves would draw the ire of white parents, if they overheard one of those racially charged names. Most adult whites considered those terms to be hands-off “Race Music.” Freed also knew “R&B” would reduce record and concert sales for those R&B artists whom he came to like and respect. 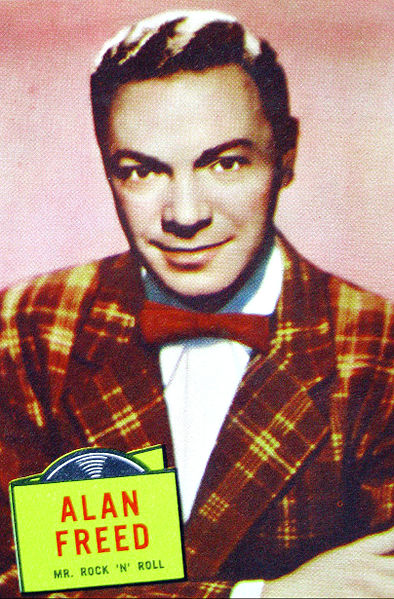 So Freed cleverly figured out an end-around to popularize the music for consumption by the larger white market, while enriching many black artists.

After listening to R&B records for many years, in 1952 on his radio show, Freed introduced the term “Rock ‘n Roll” to the larger white market as a catchphrase that would penetrate the homes and pocketbooks of white youth. That moniker went over the heads of most white parents until it exploded around them like Hip-Hop in the 1990s.

Freed interspersed more sanitized versions of R&B music by black and white groups, which he carefully lumped together as “Rock ‘n’ Roll.” That Freed could have such a show and successfully promote an interracial genre to young white kids, speaks to Cleveland’s social progressiveness compared to most other cities. He could never have pulled off such a show in St. Louis, Washington, Baltimore, Houston, Memphis or Atlanta at that time.

Coincident with the rise of Alan Freed, the first Rock ‘n Roll hit intentionally marketed for crossover success, Rocket 88, was released in 1952 by Sun Records in Memphis. That song was written and arranged by Ike Turner with vocals and lead guitar by Jackie Berensten. It was Rhythm & Blues enhanced with lead electric guitar and youthful repetitive lyrics that black and white audiences could both dance to.

That said, a 1952 Rock ‘n Roll concert that Freed promoted at Cleveland Stadium had to be canceled when it was overrun by nearly 75,000 fans. By 1954, Freed had moved to a late-night show on WINS radio in New York City – a bigger stage for him and the genre. In April 1954, Bill Haley and the Comets re-recorded “Rock Around the Clock” and is credited with making Rock ‘n Roll a worldwide hit, particularly since it was the theme for the popular film, Blackboard Jungle, co-starring Sidney Poitier. It sold a staggering 22 million records.

By getting around white a parents before they knew what hit them, Rock ‘n Roll led to booming careers for re-packaged R&B artists. It also meant that its evolution would evolve from a black musical art form into a form for a predominantly white audience. Though some oversights remain, the Rock ‘n’ Roll Hall of Fame recognizes most of the genre’s black innovators.