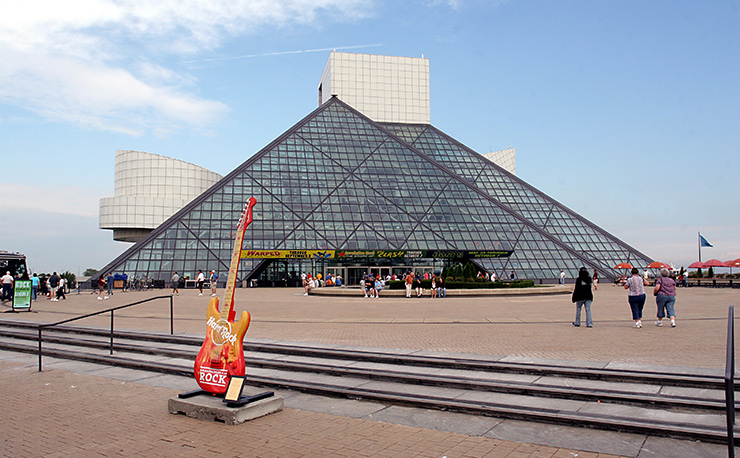 Jesse Owens Monument
DESCRIPTION: This bronze statue has the same 5’10” dimensions as the man it honors. Jesse Cleveland Owens (1913-1980) competed at the Big Ten Championships on 25 May 1935, where he set three world records and tied a fourth in a span of 45 minutes. At the 1936 Berlin Olympics, he became the first athlete is recorded history to earn 4 gold medals. His exploits so frustrated a racist Adolf Hitler, that he left Berlin Olympic Stadium early. For many years, Jesse Owens held the world record for the 100 yard dash at 9.4 seconds. A graduate of Ohio State University, Owens off-the-field achievements were even bigger, as he and boxer Joe Louis helped reduce the barriers of racism at home. His courage is profiled in the 2016 Hollywood movie, Race. Unlike today, where gold medal Olympians receive lucrative endorsements, Jesse had to work a series of odd jobs before finding his life’s calling as Director of Chicago Boys Club and inspirational speaker. In 1976, President Gerald Ford presented him with the Medal of Freedom in front of the U.S. Montreal Olympic team.
ADDRESS: Fort Huntington Park at West 3rd Street and Lakeside Avenue, Cleveland, OH MAP
WEBSITE: http://www.jesseowens.com

Rock n’ Roll Hall of Fame & Museum
DESCRIPTION: A state of the art museum and hall of fame dedicated to the legends of Rock n’ Roll; dedicated fans of Little Richard, Chuck Berry, Tina Turner, Michael Jackson, Marvin Gaye, The Temptations, Smokey Robinson, Muddy Waters and Lead Belly will find important display artifacts from their careers in an immaculately designed lakefront facility. Even if you visited before, its worth a second drop-in for the frequently changing exhibits. No photography is permitted in the museum.
ADMISSION: $$ see website for the range of price options
DAYS & HOURS: daily 10a-5:30p
ADDRESS: 1100 Rock n’ Roll Blvd, Cleveland, OH MAP
PHONE: 216-781-7625
WEBSITE: http://www.rockhall.com

Karamu House
DESCRIPTION: Founded in 1915, Karamu Theatre, is the nation’s oldest multi-cultural playhouse. Many African American artists gravitated here, since it was the only place providing a venue for their work. Theatre is the linchpin of the cultural complex. August Wilson, Ted Lange and Langston Hughes’ plays are commonly performed here. Famous alumni include: Ruby Dee, Ron O’Neal and Robert Guillaume. Black Film Festival in February is hosted by a local historian who covers films from the 1930-1950s. The school portion of the complex provides classes in art, drama, dance, music, ceramics and photography. Just entering the doors is inspirational.
ADDRESS: 2355 East 89th Street, Cleveland, OH MAP
PHONE: 216-795-7070
WEBSITE: http://www.karamu.com

African American Archive Collection
DESCRIPTION: Located in the Western Reserve Historical Society building, one can find many photographs, records, memoirs of many prominent Black Clevelanders. It has hosted an exhibit on the life stories of Clevelanders Carl and Louis Stokes to illuminate and define broader issues in African American and urban history during the the Twentieth Century. Carl Stokes became Mayor of Cleveland, a municipal judge and U.S. Ambassador. His brother Louis Stokes became a 15 term U.S. Congressman and a pivotal figure in the Black Caucus. The collection is managed by the Western Reserve Historical Society.
ADDRESS: 10825 East Blvd, Cleveland, OH MAP
PHONE: 216-721-5722
WEBSITE: http://www.wrhs.org