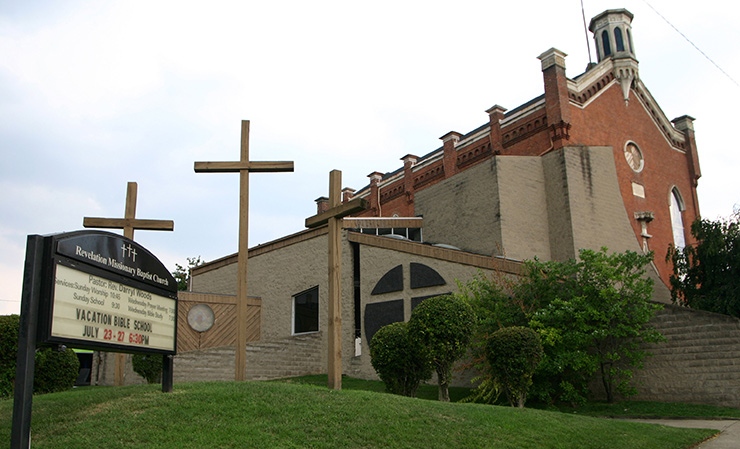 Cincinnati Places of Worship founded by African-Americans are small in number but high in impact after the Civil War.

Allen Temple AME Church
DESCRIPTION: Original location for the church was at 536 Broadway from 1870 to 1979. It is the oldest surviving African American church in Cincinnati, but relocated to the address below.
ADDRESS: 7181 Reading Road, Cincinnati, OH
PHONE: 513-531-7539
WEBSITE: http://allentemple.org

Lane Theological Seminary Site
DESCRIPTION: This seminary was operated by Lyman Beecher and Henry Ward Beecher. Lane is known primarily for the debates held there in 1834 that influenced the nation’s thinking about slavery. The event resulted in the dismissal of a group of students, a professor and a trustee and was one of the first significant tests of academic freedom in the United States and the right of students to participate in free discussion. It was a Midwest center for the Abolitionist Movement in the 1850s.
ADDRESS: 2800 block, east side of Gilbert Avenue
PHONE: none