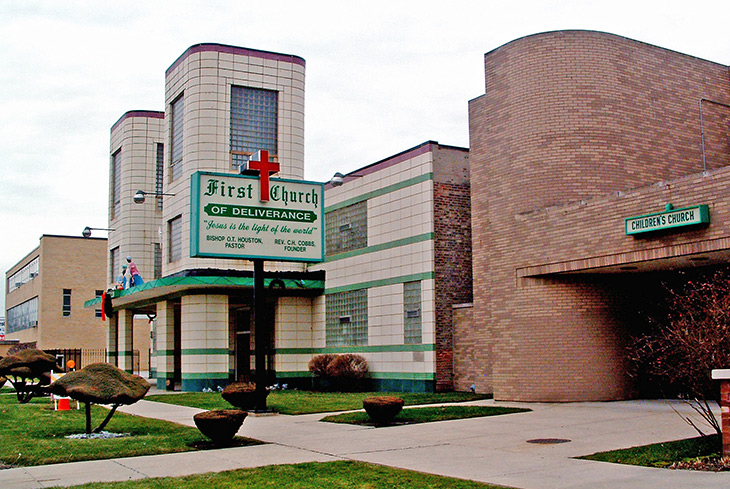 Thomas A. Dorsey, as music director of Pilgrim Baptist Church, is famous for not only writing gospel standards, but also setting them to a syncopated Blues-like rhythm. He is credited with writing more songs that became Gospel standards, earning him the title of the “Father of Gospel Music.” Under pastor and founder Clarence H. Cobbs, the First Church of Deliverance was on of the first Black churches to broadcast its services on the radio. At one point, more than 1 million daily listeners heard its broadcasts.

Mahalia Jackson moved to Chicago at 16. She joined the Greater Salem Baptist Church and supported herself doing housekeeping and odd jobs. But she never stopped singing. With talent larger than any single city could hold, she began touring with a gospel quintet. Jackson only sang Gospel, refusing to sing secular (non-religious) music, because, she said, “When you sing gospel you have a feeling there is a cure for what’s wrong.” 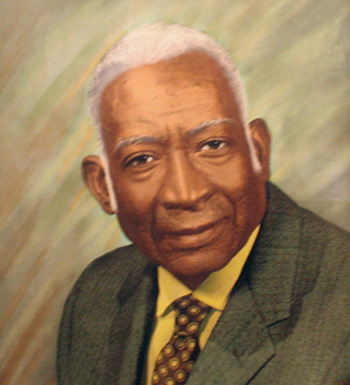 She made her first solo recordings in the mid-1930s and eventually signed with Columbia Records in 1954. Jackson collaborated with the “Father of Gospel Music,” Thomas Dorsey. She recorded with jazz great Duke Ellington, packed Carnegie Hall in New York City on a number of occasions, had a radio show, and sang for four presidents. She was a highly successful businesswoman who managed her career.

In 1936, the Soul Stirrers moved to Chicago. A young Sam Cooke joined the gospel group in 1950. For eight sparkling years the Soul Stirrers were one of the premier Gospel groups of the ages, until Cooke left in 1958. Mahalia Jackson, Thomas A. Dorsey and Pilgrim Baptist Church, The Soul Stirrers, and First Church of Deliverance made Chicago the unofficial “Home of Gospel Music” for many years.

Tragically, in January 2006 a fire destroyed Pilgrim Baptist Church due to inadequate fire prevention aids. The outcome for this heritage site is TBD.