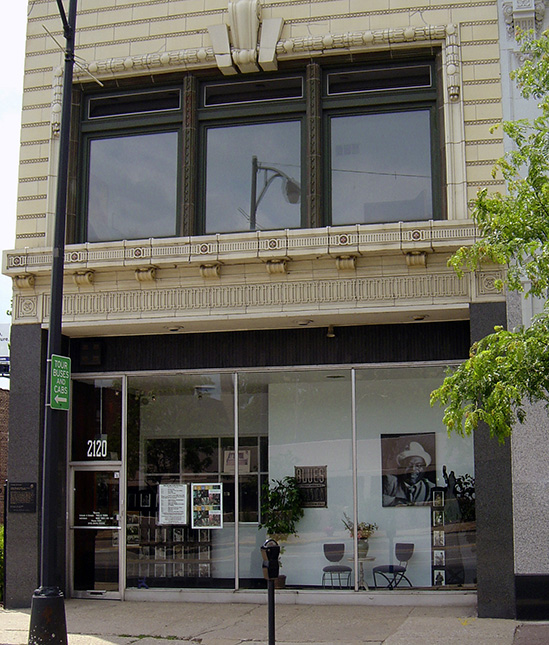 Though Memphis gave the Blues its earliest commercial launching pad, Chicago Blues ascended to the title of “Blues Capital of America.” The long line of Blues artists who made their recording mark here begins with the likes of Tampa Red, Arthur “Big Boy” Crudup, Big Maceo, Lester Melrose, Memphis Minnie and Lonnie Johnson in the 1930s and 1940s. Blues artists survived here during the Great Depression because they charged less to perform at speakeasies and clubs than jazz bands.

A sidebar is that the Blues help spawn a cultural climate that allowed Red Foxx’s profanity-laced act to take off among interracial nightclub patrons. Richard Pryor and all the great Black comedians owe a debt to Foxx for broadening the limits of their artistic freedom. 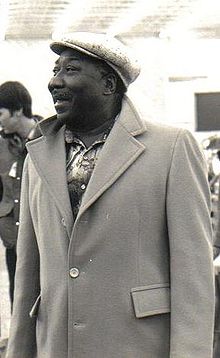 The biggest and longest surviving Blues (and later Soul) record label, Chess Records, has one of the few remaining buildings in what was dubbed “Record Row.” Muddy Waters was the first star of Chess Records. Berry Gordy picked up recording industry tips here that he would later use at Motown. Chuck Berry wandered in from the street hoping the Chess Brothers would listen to his music – they say he slept at the doorway one night. Muddy Waters got him his first recording session at Chess. Minnie Ripperton worked at the reception desk. Etta James, Little Walter, Bo Diddley, Memphis Slim, Howlin’ Wolf, Buddy Guy, John Lee Hooker, Sonny Boy Williamson, II also recorded here in the 1950s.

In many ways the most important Blues great who worked here was Willie Dixon – the most prolific songwriter and arranger who was also a bassist. Blues musicians from the Mississippi Delta and Gospel singers from Chicago found the opportunity to record through Jewish-owned Chess Records. This musical Mecca catapulted the Blues to national prominence and is the subject of the movie, Cadillac Records.

In his later years, Willie Dixon founded the Blues Heaven Foundation to protect the financial rights of Blues artists of the past and inspire future generations with the Blues tradition. His widow, Marie Dixon, and other foundation donors, restored the Chess Records Building and opened it as a museum in 1997.

A musical genre that embraces fans of all stripes and all nations has spawned an extraordinary number of ram-shackle to upscale Blues clubs around town. For many years, the historic Checkerboard Lounge and the Note were two of the best venues in America to for experience authentic Blues. As you check out the many Blues clubs around town, be sure to stop in and show Buddy Guy and Koko Taylor some love at their spots in the Near South Side of Chicago.