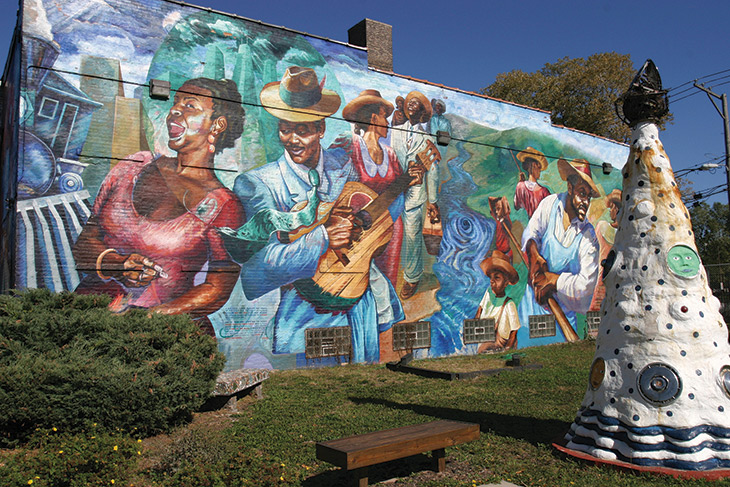 The jewel of Chicago’s Southside, known as Bronzeville, was second only to Harlem in providing black cultural gifts to America and the world. To launched black cinema, Oscar Micheaux first perfected his road show tactic in Bronzeville and Harlem. The first black heavyweight boxing champ, Jack Johnson, called Bronzeville home. Joe Louis won the heavyweight boxing championship here in 1937, then settled here and frequented the Palm Tavern on 47th Street.

Bronzeville enabled the careers of many Jazz, Blues, Gospel and Soul performing artists. In 1915, Joe Oliver’s big jazz band headlined above all performers in clubs that lined East 35th Street. Other notables who gravitated from New Orleans and other places to Chicago included Jelly Roll Morton, Bennie Moten, Alberta Hunter and Johnny Dodds. In 1922, a young Louis Armstrong apprenticed under Joe Oliver, but soon they both were setting the Bronzeville music scene ablaze. For modern perspective, that would be akin to Jay Z, Beyonce, Alicia Keyes, Jill Scott, and Snoop Dogg living and working here at the same time.

Bronzeville was the home of the gangster-owned Grand Terrace Ballroom (Chicago’s Cotton Club-equivalent) and Savoy Ballroom, for talk-of-the-town dancing all night. In 1926, the first jazz concert was held next to Bronzeville. Bronzeville was so jumpin’ that the best Anglo-American jazz musicians, such as Benny Goodman, Bix Beiderbecke and Hoagy Carmichael, came to learn and jam with the best African American jazz musicians of the day. When the speakeasies of Prohibition Era were raided, patrons of both races carted off to jail.

The depression and crackdowns on mob-owned nightclubs dealt a harsh blow to Big Band Jazz in Chicago. Big Band Jazz could only survive in one city where more patrons could afford it and the police were more lenient towards club owners. Thus, the epicenter of jazz moved again, this time to New York City.

The Grand Terrace Ballroom has been adapted for a different use. The original Regal Theatre is gone, but the southeast corner, where the Savoy Ballroom stood, was reborn as the impressive Harold Washington Cultural Center. One of our nation’s most prominent cultural museums, Du Sable Museum of African American History, flourishes just south of Bronzeville. It preserves and interpret black history and culture in Chicago and America. 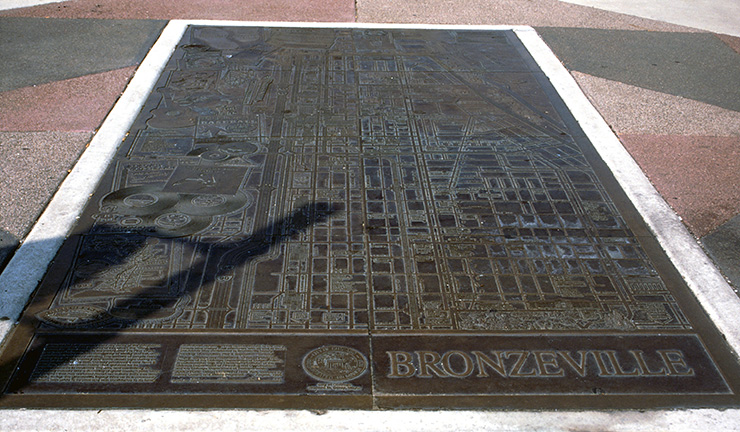 Everything has not gone according to plan. Unfortunately, 47th Street Marketplace suffered a devastating fire. Many restaurants closed due to the Great Recession and excessive suburban migration, instead of more repatriation in single-family homes.

Like the inlaid map on MLK Drive, Bronzeville is made of tougher stuff. The Bud Billiken Parade is an annual reminder that it must rise again.