Soul Of America > US Cities > Charlotte 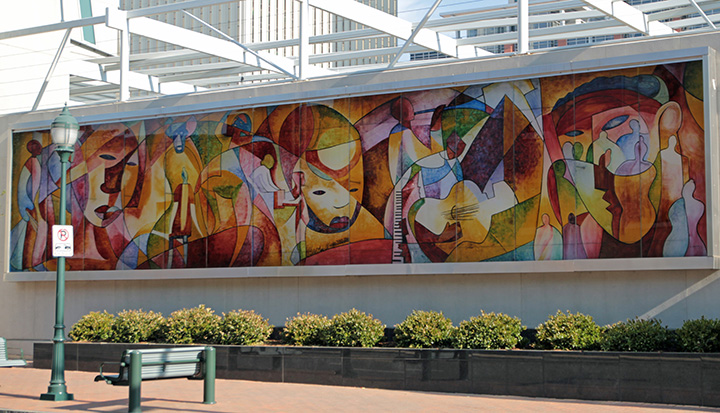 History
The discovery of a 17-pound gold nugget in 1799 began an influx of prospectors. The boom was short-lived and opportunists followed the louder call to California a few years later. After the gold bust … More

Shops and Galleries
Though small in number, the collection of Black-owned bookstores, African craft, artifact and gift shops, a natural foods store and an art gallery to visit … More

The Legacy of Sweet Daddy Grace
Charles Emmanuel Grace was born in Cape Verde, off the coast of West Africa. He immigrated to the US in the early 1900s and lived in New Bedford, Massachusetts where he was Influenced by Pentecostal … More

The Arts
Levine Museum of the New South, Mint Museum of Craft & Design, McColl Center for Visual Art, and Mint Museum of Art are leading the charge to expand and enhance local arts venues … More

Trivia, Radio Stations and Famous Residents
Since had a gold rush in 1837, Charlotte has the number one travel destination in North Carolina. Charlotte has several trophy skyscrapers, including world headquarters for Bank of America and Wachovia Bank … More