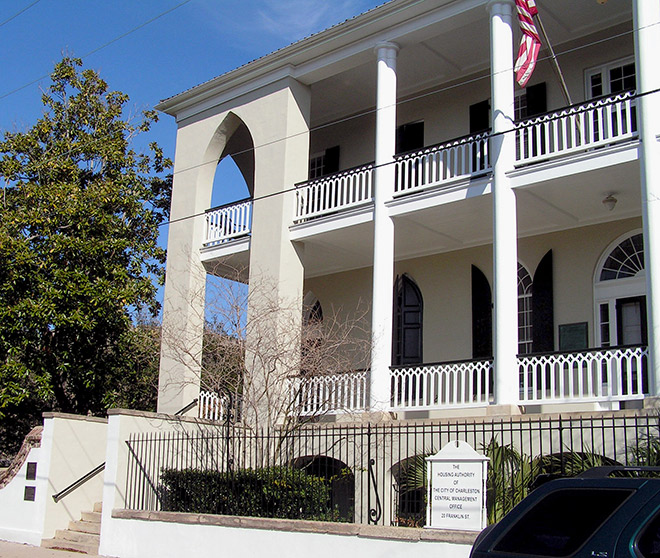 When most people think of the birth of jazz, they only think of New Orleans. But there is significant evidence that jazz was evolving simultaneously in Charleston and New Orleans. In fact, the 1920’s dance craze, “The Charleston,” originated in Charleston city as early as 1903. There are various stories as to how it started, but many say it originated with the Jenkins Orphanage Band established in 1891 by Rev. Daniel J. Jenkins. The children at the orphanage started a band called “The Pick-a-Ninny Band” which toured the United States. Students joined the band at age seven or eight and learned to read and play sacred music, overtures, Jazz and Ragtime. Many of them did what were called Geechie (Gullah) dance steps to the music, which eventually became known as “The Charleston.” The dance was introduced at many Harlem stage productions and became popular across the country.

By the 1920’s there were five different Charleston bands touring the east coast. One of the bands even performed in the opera “Porgy,” which eventually became the film Porgy & Bess. After Rev. Jenkins died in 1937, Rev. John Dowling and William Blake, who taught music, headed the orphanage.

The great Charleston jazz musicians include guitarist Freddy “Steady Freddy” Green, who went on to play with the Count Basie Band. He was known as “Basie’s Left Hand” and “the heartbeat of the band.” There was also Claddy’s “Jabbo” Smith, the Jenkins Orphanage-trained brass player, singer and composer who has been called “The Trumpet Ace of the ’20’s.” Some jazz enthusiasts thought of Smith as Louis Armstrong’s only serious competition in the late 1920s and early ’30s. After childhood in the Jenkins Orphanage, William “Cat” Anderson became the acclaimed lead trumpet player with Duke Ellington, and one of the most recognized high-note trumpet players of all time.

Tenor saxophonist, clarinetist & composer, St. Julian Bennett Dash, was a 1934 graduate of the Avery Normal Institute. While at Avery, he played with the Night Hawks Orchestra, at the time, Charleston’s leading orchestra. Later he played with the Carolina Cottonpickers, established by former Jenkins Orphanage Band musicians. After graduation, Dash joined the Erskine Hawkins Orchestra and became most known for jointly composing the band’s theme song, Tuxedo Junction with Hawkins and William Johnson in 1939. Dash’s grandfather started the Dash Jazz Orchestra in the mid- to late 1800s, said to have predated the famed Jenkins Orphanage Bands. Finally, there was Francis Eugene Mikell, one of the first tutors of the Jenkins Orphanage Band, who became one of the bandleaders for the Fiftieth New York Regiment Band in World War I. The “Hellfigthers Band,” as they were called, became famous for bringing ragtime and early jazz to Paris and other parts of Europe in the 1920s.

Today, Charleston’s jazz tradition is carried on by local bands such as Franklin Street Five. Headed by leader and drummer, Quentin Baxter, the group includes musicians who were taught by William Blake at Jenkins Orphanage. In 2005, the Charleston Jazz Initiative was launched during Spoleto Festival USA. Established at Avery Research Center, its purpose is to document and archive the African American jazz tradition in Charleston and South Carolina’s Lowcountry, and its movement throughout the United States and Europe.