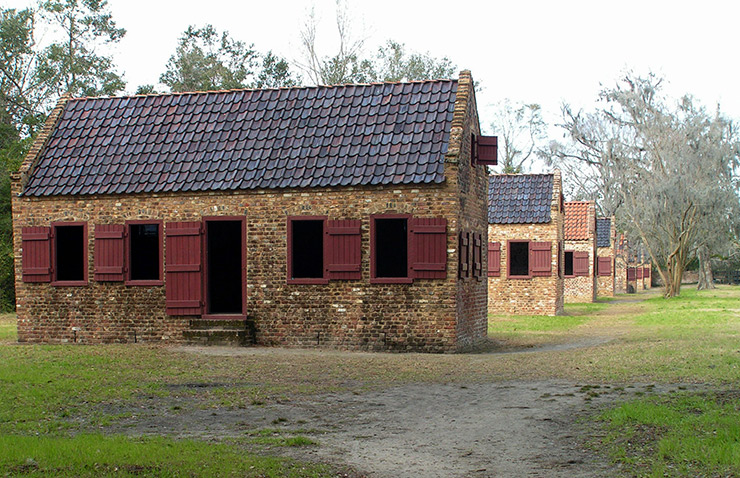 Denmark Vesey Residence
DESCRIPTION: Denmark Vesey (1767-1822) was born enslaved on the Virgin Islands; He settled in this residence, opened his carpentry shop and became a successful businessman. He planned an uprising against slavery in 1822 that was thwarted by a leak beforehand. His home is a National Historic Landmark.
ADDRESS: 56 Bull Street, Charleston, SC MAP

Aiken-Rhett House
DESCRIPTION: Built by merchant John Robinson in 1818 and acquired by William Aiken, Jr. in 1833 resulted in remodeling, which created one of Charleston’s most palatial residences. One of the nation’s most complete and compelling glimpses of early urban life for African Americans. It is listed in the National Register of Historic Places.
ADMISSION: Under $10
DAYS & HOURS: Mon-Sat 10a-5p; Sun 2p-5p
ADDRESS: 48 Elizabeth Street, Charleston, SC MAP
PHONE: 843-723-1159

Magnolia Plantation
DESCRIPTION: Listed in the National Register of Historic Places, Magnolia Plantation has been the ancestral home of the Drayton family since 1676. It includes over 30 acres of gardens making it the oldest major public gardens in the U.S. It features miles of canoe, bike, walking trails and a “Street” of antebellum slave cabins and the Native American ceremonial mound. Also has Biblical Garden, Barbados Tropical Garden, and petting zoo.
ADDRESS: 3550 Ashley River Road, Charleston, SC MAP
PHONE: 843-571-1266
WEBSITE: http://www.magnoliaplantation.com

Catfish Row
DESCRIPTION: African American residents sold produce on window sills on this section of Church Street, which was the inspiration for Catfish Row in the Dubose Heyword story of Porgy. The story later became an opera and movie Porgy and Bess, providing a fictionalized glimpse of Charleston’s Black life during the 1920s. The character Porgy was based on an actual Charlestonian, Samuel Smalls.
ADDRESS: 91 Church Street, Charleston, SC MAP 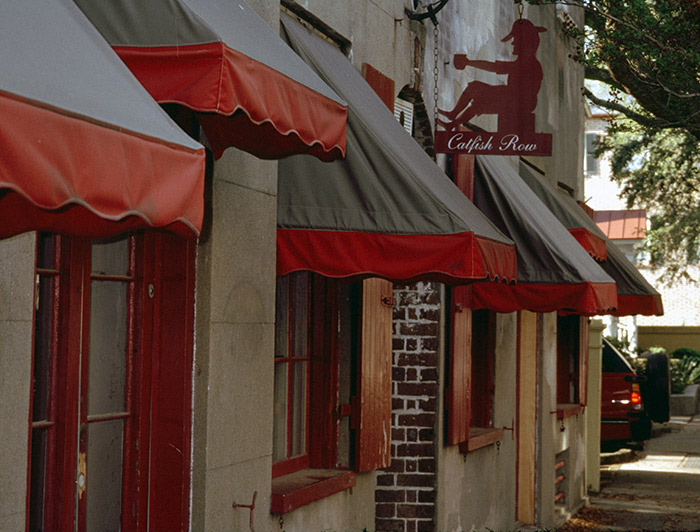 Jenkin’s Orphanage
DESCRIPTION: Founded 1891 by Rev. Daniel Jenkins, a Baptist minister, the orphanage occupied this structure 1895-1939. The building also served as Marine and Confederate hospital during the Civil War and as a free school for Black children 1866-1870.
ADDRESS: 20 Franklin Street, Charleston, SC MAP

Hampton Plantation State Park
DESCRIPTION: Homestead to the Horrys, a French Huguenot (Protestant) family who came to South Carolina to escape religious persecution in their homeland, the big house dates back to 1750. By 1760, there were 320 slaves on the property — a contradiction of Christian values. The house structure is offers a look at African-American craftsmanship of that period. Guided house tours to interpret slave life and a self-guided tour of the former rice fields punctuate this experience.
ADDRESS: 1950 Rutledge Road, McClellanville, SC MAP
PHONE: 843-546-9361

Stono River Slave Rebellion Site
DESCRIPTION: On 9 September 1739, an Angolan slave named Jemy led a small group of African slaves to raid a planters house for tools and weapons. They marched towards Spanish controlled St. Augustine, where they thought they were heading to freedom. Over time the group grew to 80 escaped slaves. They burned plantations and killed suspected plantation owners along the way. After marching about 12 miles South, they encountered militia who killed nearly half of them. Shortly after the rebellion, rigid Slave Codes were passed in the Southern colonies to limit the freedom and rights of all enslaved people and Free Persons of Color. The site is a National Historic Landmark.
ADDRESS: off US Route 17, on the west bank of the Wallace River, Rantowles, SC MAP