Soul Of America > US Cities > Charleston 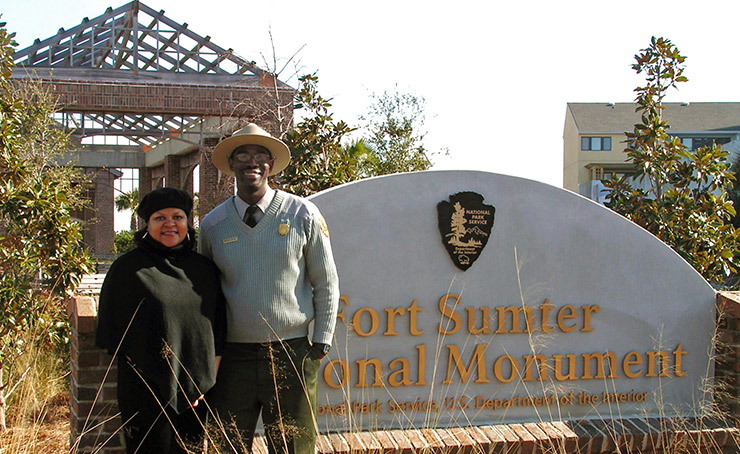 Cultural Sites
The Old Slave Mart Museum is perhaps the most famous of several locations where slaves were sold in Charleston. The last auctions at this market were held as late as 1863 during the Civil War … More

Restaurants
Famous for its remarkable mix of Low Country and Soul Food cuisines, Charleston will never disappoint your palate. If you’re not invited for dinner at someone’s home, try these … More

Low Country Cuisine
This popular cuisine of Charleston is a mixture of African, Caribbean, European and Native American influences. These days, it’s served in 5-star restaurants all over the Carolinas … More

Shops and Galleries
Basket stands have been sprinkled along North Highway 17 since the 1930s. These wooden stands display the artists’ variety of sizes and designs, and often one can get a glimpse of a basket-in-the-making … More

Places of Worship
Organized in 1791 by enslaved and free persons of African descent, in Emanuel AME Church, Denmark Vesey constructed his plans for a Charleston slave uprising in 1822 … More

Family Attractions
Given the seafront location, expectations are high when you enter South Carolina Aquarium. Opened in 2000, the experience begins the Great Hall that boasts 2-story windows offering the best views of Charleston Harbor … More

Charleston Jazz & Dance
When most people think of the Birth of Jazz, they only think of New Orleans. But there is significant evidence Jazz was evolving simultaneously in Charleston. In fact, the 1920’s dance craze to Jazz music was … More

Trivia, Radio Stations and Famous Residents
Denmark Vesey and Gullah Jack Pritchard, the African priest who assisted him, plus
Robert Smalls, a hero who escaped slavery and captured a Confederate warship … More