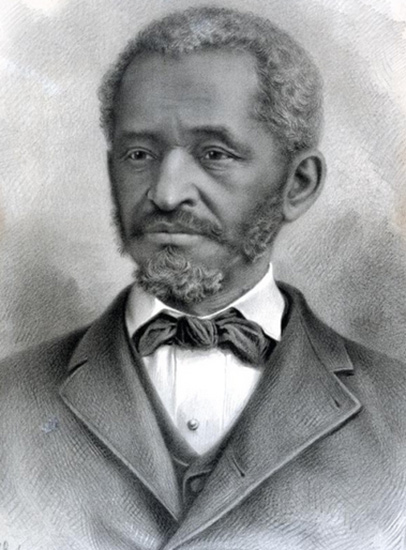 Roughly bounded today by Bowdin Street, Cambridge Street, Boston Common, and Embankment Road, Beacon Hill was one of the four major hubs of black cultural life in the late 1700s. Many politicians also hung out in this district of Beacon Hill Abolitionists, since it became home to the new Massachusetts State House. In the context of the times, Boston occupied the same space in the Black psyche that one associates with the space we reserve for Washington today. It was highly literate and influential. African Americans built their own homes here. Phillips School became the city’s first integrated school in the mid-1800s.

Charles Street Meeting House reflects another part of Beacon Hill’s mixed history. It originally began as Third Baptist Church of Boston, a partially integrated church with segregated “back-of-the-bus seating.” European American Bostonians didn’t mind African Americans co-worshiping, as long as they knew their place. After a name dispute, the name was changed to Charles Street Church. Later, abolitionists in the church splintered off to form nearby Tremont Temple, the first fully integrated church in America.

Beacon Hill can reasonably claim to be the home of the Abolitionist Movement. Furthermore, leaders in Beacon Hill can take the lion’s share of responsibility for Massachusetts listing no slaves in its 1890 U.S. Census. The narrow cobblestone streets of Beacon Hill were home to the largest concentration of Black & White abolitionists, Black intelligentsia and Underground Railroad stations than anywhere else in America. Louis & Harriet Hayden, John J. Smith, Abiel Smith, John Coburn, William C. Neil lived here.

William Lloyd Garrison published the Liberator newspaper in 1831, arguing for American slavery to be abolished by moral force. We can celebrate Beacon Hill as an international and historical center for the advancement of humanity and major force that led American city to see all of human occupants as citizens. Leaders in Beacon Hill shaped the thinking of President Abraham Lincoln to let Black soldiers serve in the Civil War. Many, if not most, of the recruitment efforts for the Massachusetts 54th Colored Regiment occurred here — the same regiment portrayed in the movie Glory.

Unfortunately, Beacon Hill is more gentrified than its glory days (pun intended). But that seems to be a function of personal choices more than racial-economic displacement. We can still revel in its treasures. Today, directly across from Beacon Hill, one finds the Robert Gould Shaw & the Massachusetts 54th Colored Regiment Monument, reminding generations to come of their roots and heroic contributions. We can also partake of the treasures one finds at the African American Museum on Joy Street.