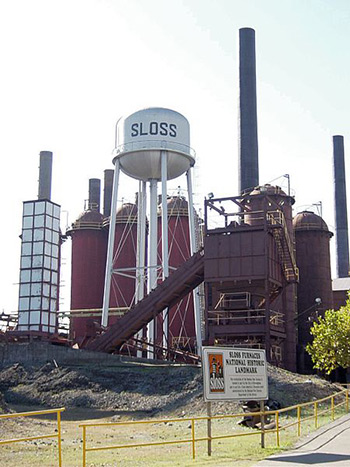 Birmingham History never depended on slave labor. The city was founded in 1871, at intersecting rail lines on land less suitable for growing cotton, rice or indigo. Unlike other major Southern cities, its reason d’etre was of coal, iron and limestone deposits, which allowed it to develop as the Southern steel-making capital. This atypical beginning where the races never learned to mix, was perhaps, the root of Birmingham’s intense racial problems, causing it to trail other cities in civil rights advances.

The city received a large influx of Germans who worked in the Sloss steel mills. When economic times were good, even African-Americans could find work in the mills. When times were bad, it brought out the worst in some people. Being a city of the South, European immigrants were taught and conditioned to treat African Americans as lower on the socio-economic ladder. European immigrants being given the better jobs ahead of more seasoned black workers quickened that conditioning.

When the Klu Klux Klan reemerged in 1915, they wielded heavy influence with Birmingham civic leaders, who led the state of Alabama to outlaw the NAACP in 1956 and enforce local laws that forbade race-mixing in public places.

Undaunted by that “legality without morality” plus several church, business and home bombings, a handful of courageous black ministers anchored by Rev. Fred Shuttlesworth, fought for human rights. They did so non-violently as Birmingham Southern Christian Leadership Conference (SCLC), and Student Non-violent Coordinating Committee (SNCC) leaders. When one of the Greyhound buses they rode in Alabama was burned and they narrowly escaped alive, it helped elevated the Civil Rights Movement to national and international stature.

Though President John F. Kennedy (JFK) first proposed Civil Rights legislation in June 1963, events in Birmingham, anti-communist geo-politics and President Lyndon Johnson played a larger role in getting the Civil Rights Act passed by Congress in July 1964. President Johnson, put his reputation on the line, called on the name of fallen president JFK who first proposed the legislation, and arm-twisted enough Southern Congressmen to pass the legislation. The arm twisting was to award or not award federal defense contracts, in our ramp-up for the Vietnam War, and NASA contracts. Though slower to take root than other cities, Birmingham enjoyed its measure of Civil Rights legislation, Affirmative Action and more educational opportunities to move race relations forward. 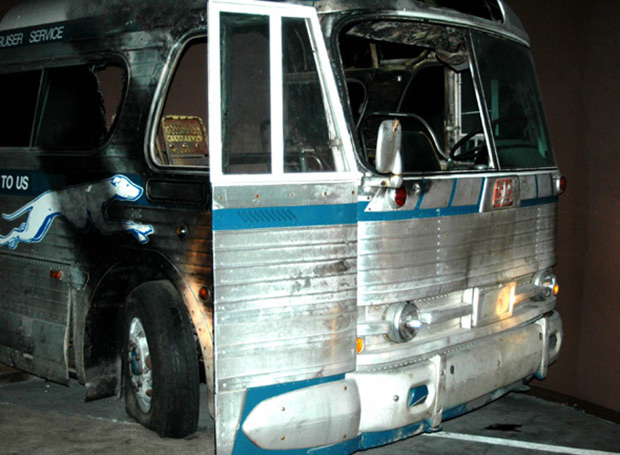 Fortunately, one of the murderous church-bombing villains was convicted in 1977. His sentence opened the door for Birmingham to begin the healing process.

Another person big step in the healing process was taken by African-American mayor, Richard Arrington, who served in the post from 1979 to 2002. Racial tension was an over-arching part of daily life in Birmingham when Arrington was first elected. But he campaigned against police brutality as a city council member, and won a run-off race against a white attorney. A number of Birmingham’s infamous white police officers retired and black police officers where hired. Several European-American business leaders noted the advantages of improved race relations toward’s Atlanta business prosperity. So they made concerted efforts to work with the mayor’s office to improve race relations in Birmingham.

Under the Arrington Administration, Birmingham expanded its tax base, office buildings, college growth and a health care industry replacing steel as engines of the city economy. Those important actions saved Birmingham, because most urban areas not named New York, Chicago or San Francisco, lost population and businessesworkers for decades due to real estate redlining and freeway expansion that enabled suburban malls and suberban business parks.

Today, the city of Birmingham is about 70% African American, but the metro area is racially diverse. Its no where near perfect. But Mayor Arrington deserves the most praise for improving Birmingham’s national image.