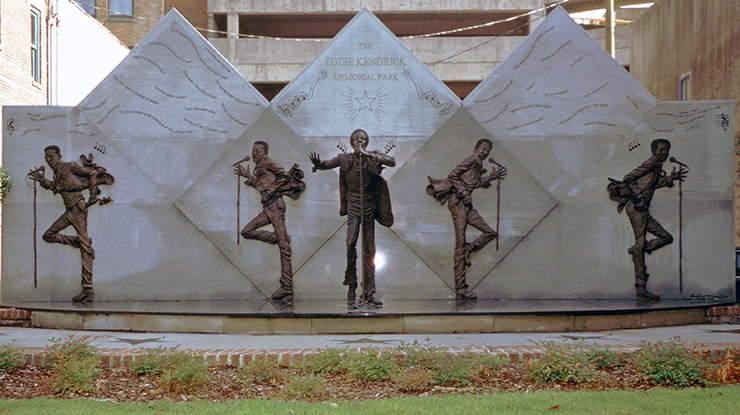 Birmingham Fourth Avenue, a black business district formed just after 1890. In a pattern characteristic of Southern cities found during Reconstruction, black businesses developed alongside those of whites in many sections of the downtown area.

After the turn of the 19th century, Jim Crow laws authorizing the distinct separation of the races and subsequent restrictions placed on local companies compressed the growing black business community into an area along Third, Fourth and Fifth Avenues North, from 15th to 18th Streets. Segregation and discrimination created a small world in which black enterprise was accepted and to which African-Americans had open access. This area served as our business, social and cultural center with activities similar to those in the predominantly white districts. Businesses located in the area included barber and beauty shops, mortuaries, saloons, restaurants, theatres, photographic studios, and motels. Those black businesses and their successors continued to do well throughout the 1960s.

Birmingham Fourth Avenue district had a thriving nightlife. On Friday and Saturday nights, the streets were filled with crowds of people visiting bars or just out for a stroll. Live entertainment made the district “the place to be.” Monroe Kennedy, a blind bookie, made sure that Fourth Avenue got its fair share of the Big Swing Bands. This seven-story building was designed by black architects, Taylor & Persley and built by Windham Brothers Construction Company, another Black-owned business. Not only was the Masonic Temple used for entertainment, it housed black professional offices and was the state headquarters for the Masons and Order of Eastern Stars.

Today, many of the long-closed buildings have reopened as new businesses. Fourth Avenue District is once again home to several black-owned restaurants that keep it real. Birmingham Civil Rights Institute, Kelly Ingram Park and 16th Street Baptist Church are also part of the district. The old Carver Theatre is now home to both the Carver Performing Arts Theatre and the Alabama Jazz Hall of Fame where exhibits include a look at the jazz legends from the area.

The district is also important to Soul Music enthusiasts. It hosted touring artists from Motown and Stax Records in small concerts and after-parties when they visited Birmingham. Eddie Kendrick of the Temptations was born in Birmingham in 1937. He never forgot his roots and returned for his finals days before passing in 1992. Eddie Kendrick Memorial Park in the district features a must-see statue of silver-throated Eddie singing with original Temptations. Though it was edicated in 1999, you can still imagine him singing Just My Imagination.