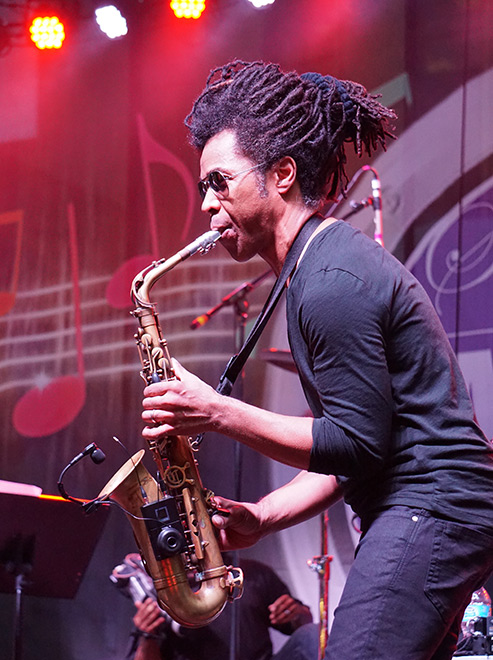 In 1956, Nat King Cole returned to Alabama, where his integrated group played to a segregated audience in the municipal auditorium in Birmingham. Unfortunately at that time of high racial tensions, trouble was to be expected. Four members of the White Citizens Council attacked him on the stage. Although hurt, Cole returned to the stage after the assailants were removed and completed his performance before the large audience. After the show, Cole vowed never to return to the South. An incident like that partially explains why so many talented Black musical artists who grew up in Alabama left.

Maybe it’s something in the water, because more talent always sprang forward. Who can ever forget the silky smooth tenor of Eddie Kendricks of the The Temptations. No disrespect to the current Temptations tenor, but every Temptations fan knows that Eddie’s voice was irreplaceable. The word “smooth” fails to describe the remarkable pure voice of that skinny beloved tenor.

As important as their contributions are, Alabama has another surprising Soul Music legacy that was kept an important secret for many years. Muscle Shoals Rhythm Section began recording in 1965 in a community 60 miles northeast of Birmingham. Though you could never tell by their soulful sound famous for their rhythm and horns, the original members Jimmy Johnson, David Hood, Barry Beckett and Roger Hawkins, were white. A long list of Soul, Blues and Gospel artists trekked here to record instrumentals for hit songs and albums. Here’s a small sample:

Since good rhythm and horns are essential to most music, the services of Muscle Shoals Sound Studios were gleefully welcome to hit folk, pop, country and gospel artists as well.

Visitors should know more about this bright part of Alabama’s history. You are nicely reminded of these diamond-like contributions of our musical heritage at the Alabama Jazz Hall of Fame and the Eddie Kendricks & Temptations Memorial. These days, you can also enjoy Alabama Jazz & Soul Music at Steel City JazzFest each June.