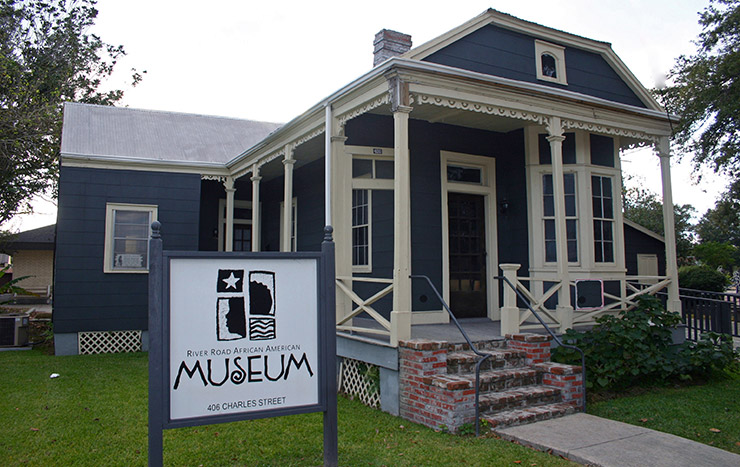 History
On 17 March 1699, Pierre LeMoyne Sieur d’Iberville, a French explorer, gazed upon a bluff high above the Mississippi River and glimpsed a big red stick dripping with blood from the animal and fish heads which hung from it … More

Cultural Sites
One of the only African American museums located on a historic plantation, River Road contains memorabilia relevant to presence of African Americans in the region, including many artifacts from … More

Shops and Galleries
Not a great town for cultural shops, but Baton Rouge has a couple of good bible bookstores and a small gift shop in Southern University Museum of Art … More

Cajun Cuisine
Cajuns are historically bayou dwellers of French-Acadian and Native-American descent. But the backstory, like everything in these parts, is more of a gumbo. Cajuns emerged as a corruption of the term “Acadians” … More

Zydeco Music
Zydeco is derived from the phrase “les haricots sont pas salés” which means, “the snap beans are not salty.” But as you’ll read in this summary, the musical background is a lot spicier … More

Heritage Sites
Baton Rouge metro area is known for large historic plantations. Magnolia Mound Plantation built in 1791, is the oldest and most authentically restored plantation house in the area … More

General Attractions
Louisiana State Capitol built during the loved and loathed Huey Long governorship from 1928-1932, is America’s tallest State Capitol. It cost $5 million, which was a scandalous sum for its time … More