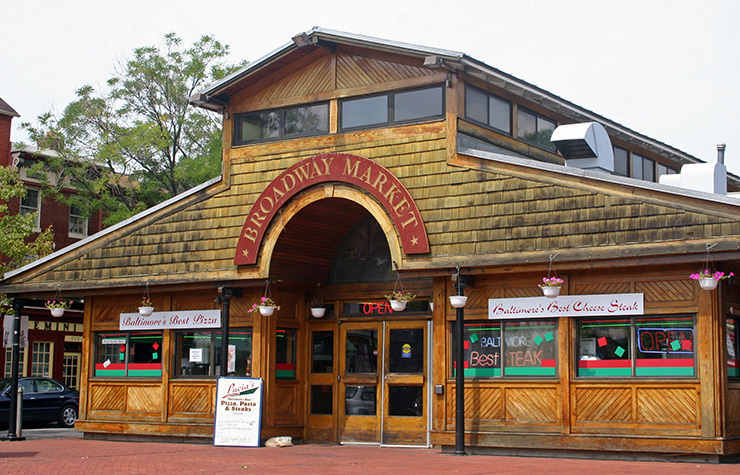 Fells Point is a waterfront community and tourist attract unlike any other in America. It organically meshes 18th & 19th century buildings with 20th & 21st century attractions. To understand why Baltimoreans and tourists find the area irresistible, begin with its soulful maritime history.

Settled in 1730 by William Fell, an English Quaker and ship’s carpenter, Fell’s Point was one of three original towns that formed present day Baltimore. With a deep water port, Fells Point quickly grew as a center for building and repair of Clipper ships. Officially founded in 1763, Fell’s Point boasts over 161 buildings on the National Register of Historic Places, including the oldest standing residence in Baltimore City, Robert Long House built in 1765. During that time, blacks lived in smaller homes behind Fell’s Point cobblestone streets because it was still against the state law for whites and blacks to live on the same street. London Coffee House at Bond & Thames Streets is believed to be the only existing Pre-Revolutionary War coffee grinding & distribution house in America. Fells Point is revered for its maritime history and marketplace. In 1775, Fell’s Point Ship Yard produced the first frigate of the Continental Navy, the Virginia. In 1784, Broadway Market was established to serve the immigrants and sailors of Fells Point. In 1787, George Wells Houses at Bond & Thames Street opened — it stands today. In 1797, Fell’s Point Ship Yard built the U.S.S. Constellation war ship, which protected our shores and later captured slave ships to free human cargo. Fells Point was absorbed by the City of Baltimore in 1973.

From 1836-38, Frederick Douglass worked as a slave in Fell’s Point shipyard. With borrowed documents from a sailor, Douglass escaped slavery using the Underground Railroad and headed to New York state in 1838. In 1892, three years before his death, Douglass purchased Fell’s Point land in the 500 block of South Dallas Street to build five homes that he rented to African-American workers at the shipyard. Dallas Street was also home Strawberry Alley Methodist Church where Frederick Douglass worshipped.

Though Maryland was still a slave state, Isaac Myers (1835-1891) was a free black man and Baltimore had the largest population of free blacks of any city in the nation. Maritime industry in Fell’s Point was one of the few areas where blacks worked alongside whites before and after the Civil War. In 1851, Myers worked as a Fell’s Point caulker, sealing seams in ships. By 1855, he was a supervisor for caulking many of the largest ships sailing into Baltimore. In 1860, Myers left caulking to work in a grocery store. Returning to area in 1865 with an understanding of finance and commerce, Myers set up a co-operative grocery in 1864. That business was short-lived, so he returned to ship caulking in 1865. After the Civil War ended in April 1865, the job market became tight. White workers kicked black ship workers out of the labor union. 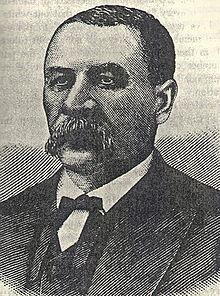 To provide themselves employment, Myers and respected members of Bethel and Sharp Street AME churches proposed that black workers pool resources to form a co-operative shipyard and railway, the Chesapeake Marine Railway and Dry Dock Company in Fell’s Point. Opening in 1866, the co-operative was a great success, employing over 300 black workers who did great work at a lower price than white-owned dry dock & maritime railway companies. Myers and others established the Colored Caulkers Trade Union in 1868, to which he was elected President. He was succeeded as union president by Frederick Douglass in 1872. Later, Myers employed a number of white ship workers too. Maritime technology changes and manipulation of land rights law by jealous white dry dock companies forced Chesapeake Marine Railway and Dry Dock Company to close in 1884.

In 1914, City Pier for recreation opened in Fells Point, initiating non-commercial use of the port. More taverns and restaurants opened thereafter, expanding the city’s love affair with the district. Gradually, ship building and repair moved to the eastern outskirts of the city. Freight train tracks to Fell’s Point were removed, though streetcar tracks remained until the early 1960s. Due to its interracial history, Fell’s Point has always felt more welcoming to all walks of life in the city.

Over 1956-59, City Hall, envious of federal funds for Interstate Highways like many other cities, planned to extend Jones Fall Expressway over the Inner Harbor and through Federal Hill to connect with I-95 Freeway. After fierce protests, citizens forced politicians to kill that route. But City Hall remained determined to build Interstate Highways to and through the city. In 1960, City Hall announced plans to extend Jones Fall Expressway above ground along Little Italy, through Fell’s Point and Canton waterfronts. If built, the freeway would have quarantined the Inner Harbor, making it less attractive for redevelopment. Furious residents fought back with every political and legal means at their disposal. In 1969, Fell’s Point was designated Maryland’s first National Historic District. In response, City Hall focused on reimagining the Inner Harbor and on building I-95 Freeway and West Baltimore Freeway. 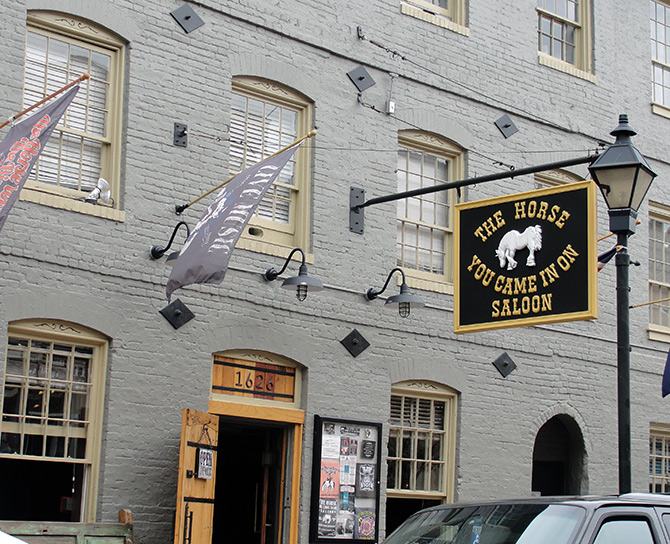 The Horse You Came In On, Thames Street in Fells Point; (c) Soul Of America 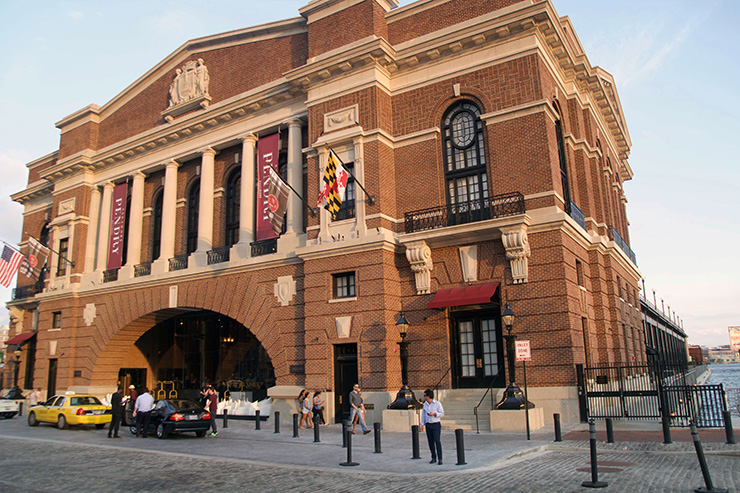 Amidst the waterfront development surrounding it, Fell’s Point is blessed with the Frederick Douglass-Isaac Myers Maritime Park & Museum. The park & museum showcase an outstanding Frederick Douglass bust, historic ship artifacts and shipbuilding techniques of the 1880s. In 2017, the Sagamore Pendry luxury hotel opened on City Pier. It was reimagined with a collection of features that other urban hotels only dream about. The Pendry has a historic cobblestone street in front, a restored 1914 Beaux Arts brick facade with a glass chophouse at the entrance, exposed structural beams over a lengthy central atrium garden with a museum-quality sculpture, upscale port view suites on each side, plus an infinity pool with panoramic views of the historic Domino Sugar building and passing vessels through the harbor. Visit for cocktails and walk through, but only guests are permitted in the Infinity Pool. Frederick Douglass would have loved to be a guest.

Despite all the activity surrounding it, Broadway Market has been the heartbeat of Fell’s Point since 1784. Something feels missing until its reconstruction completes and all the deli, bakery, seafood, meat and produce merchants return. Though the Broadway Market North reopened in early 2019, Broadway Market South, closest to Thames Street, reopens around July 2019. Fingers crossed, that will be a happy day for residents and visitors alike.