Baltimore Black Theatre tradition is much broader than the gritty neighborhoods and waterfront that made the city an attractive location for Roc, Homicide and The Wire television programs. These shows represented a wellspring of work for local actors, but is is more important to note accomplished actors like the powerful Claudia McNeil, beloved Charles Dutton, scholarly Anna Deveare Smith, and radiant Jada Pinkett-Smith. None however, had more star appeal than the enigmatic and sexy Howard Rollins.

Rollins learned his craft at nearby Towson State College (now University) and honed it at Baltimore’s acclaimed Arena Players, a black theatre. At first luck was his lady. He got a succession of big breaks. After playing the character Coalhouse Walker in the movie Ragtime (1981), Rollins received an Oscar nomination for Best Supporting Actor. Next he garnered an Emmy Best Actor nomination for his TV series role on Another World (1982). Rollins then secured the lead role in the critically lauded movie, A Soldier’s Story (1984). Denzel Washington was a co-star. By then, Howard Rollins was considered the most likely person to become the next “Black Leading Man.” In 1985, Howard must have thought the acting world was slowly becoming his oyster. He won the co-lead role of Bannister Sparks in a well-budgeted ABC TV western series, Wildside. Then, lady luck walked out. 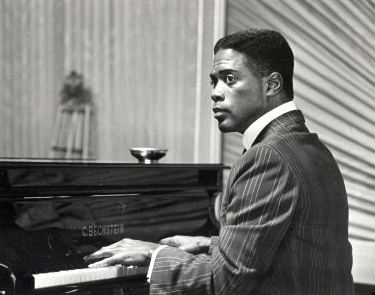 In the years before cable TV was very popular, ABC executives placed Wildside in the executioner’s time slot against The Cosby Show and Magnum PI. With predictably poor ratings, the show was dropped after only 6 episodes. Inexplicably, ABC did not move Wildside to another timeslot, nor consider a spin-off series for Rollin’s exciting Bannister Sparks’ character, who the sisters adored and brothers admired. Today, Rollin’s character would have been picked up by HBO or Showtime, making him millions. Considering that ABC did not attempt to get a return on investment with a hot actor, their bumbling move reeked of incompetence!

The careers of Denzel Washington, Wesley Snipes, Alfre Woodard, Louis Gossett, Jr., Angela Bassett and Morgan Freeman were ascending in co-starring movie and TV roles, but Rollins was unable to find another lateral or step-up movie or TV project for years. Then in 1988, Rollins lent his considerable talents to the TV series, In the Heat of the Night. After several successful years, he felt the TV program had become formulaic, artistically stunting and he tired of its Deep South location shoot. A stifled Howard Rollins could find no better career progress options. Black Cinema Noveau, started by Spike Lee and helpful to most big name Black actors today, was just leaving the station.

Frustrated with his career, Rollins turned to cocaine. Erratic behavior and missed appointments soon followed, sending his career and life spiraling downward. He obtained only one other leading role in a B movie called On The Block (1991). By and large, Rollins paid the bills by guest starring in various TV series, plays and small movies until died in 1996 due to complications from lymphoma. He was 46. Such a loss! With another break, Howard Rollins’ career trajectory could have mirrored Denzel Washington’s career. Nevertheless, Howard Rollins remains the king of Baltimore Black Theatre and the Arena Players was his first courtyard.