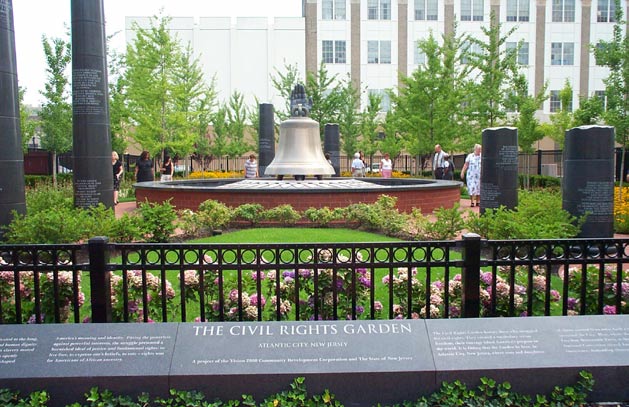 Club Harlem Site Marker
A stop on the Chitlin’ Circuit and a favorite of black entertainers, it became an institution on North Kentucky Ave; Ray Charles, Sammy Davis, Jr., Pearl Bailey and James Brown are a handful of the many electrifying acts to appear on the Club Harlem stage; All That Atlantic City Jazz Play.
ADDRESS: Kentucky Ave between Arctic and Atlantic Avenues

Club Harlem Mural
A mural of the performing artists at Club Harlem; on the side of Renaissance Center at Kentucky & Arctic Avenue.