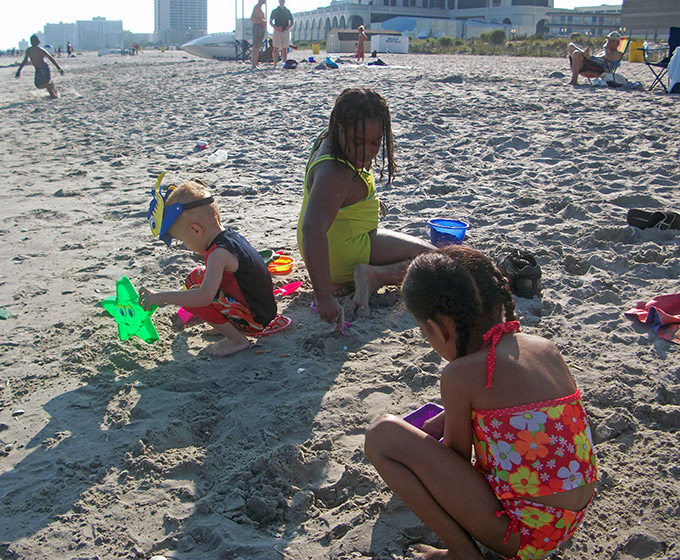 Kids at the beach, Atlantic City

Miles of white sandy beach, teaming activity during warm months; note the historic lifeboats and plentiful lifeguards on duty; several beach bars operate during the summer with a mix of live and recorded music plus light food and both alcoholic and non-alcoholic beverages; you can also find a quiet spot from time to time.
ADDRESS: Front of the Boardwalk

Chicken Bone Beach
In 1928, prior to the arrival of hotels, this portion of the beach was designated for Black bathers. Although there was no official restriction against using other parts of the beach, it was made clear that African Americans would be uncomfortable elsewhere on Atlantic City. Beaches.
ADDRESS: Boardwalk between Missouri Avenue and Mississippi Avenue, at Caesars

Brigantine Beach
Virtually in the shadow of the casinos, Brigantine is a world unto itself; the island is a short bridge north Atlantic City, but in mindset, the laid-back beach community with a mix of older beach homes and newer high-end condos and executive mansions is miles away.