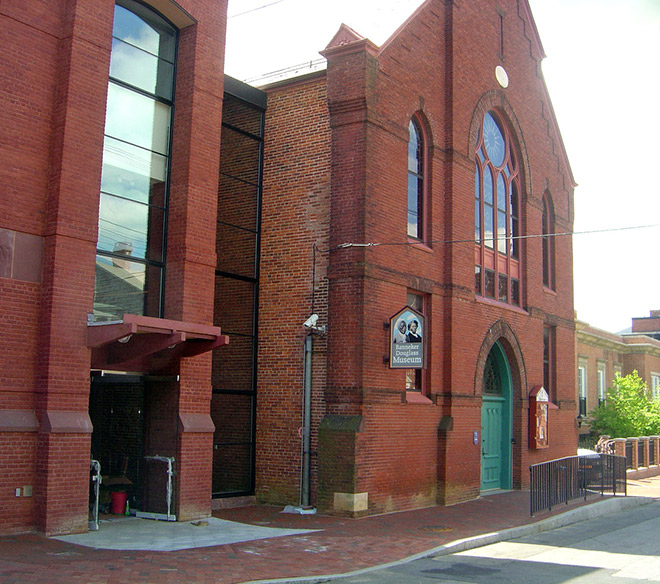 Annapolis Cultural Sites include a fitting reprisal to Slavery and Jim Crow Segregation by monuments and museums honoring the best of black achievement and history-makers.

Thurgood Marshall Monument
DESCRIPTION: This is another grand monument to Justice Marshall, a Maryland man judged unfit to enter the University of Maryland Law School due to segregation. How fitting that he is now the most the honored judge in the history of Maryland with this being the fourth monument or building named in his honor in Washington, DC and Maryland.
ADDRESS: just north of Statehouse Circle, Annapolis, MD

Matthew Henson Plaque
DESCRIPTION: In the interior of the Maryland Statehouse is a marker honoring Matthew Henson for accompanying Admiral Robert E. Peary as the first two people to explore the North Pole. Matthew Henson, born of free black sharecroppers in Maryland, contributed many insights and skills enabling the two men to reach their destination. Matthew Henson first placed the American flag on the North Pole, as Admiral Peary was too frost-bitten and weary to do so. Henson died in 1955. In 1987, his remains were re-buried in Arlington National Cemetery adjacent to Robert E. Peary.
ADDRESS: Maryland State House Circle at Cornell Street, Annapolis, MD

Dr. Aris T. Allen Memorial
DESCRIPTION: A noted doctor, member of the Maryland State Legislature, and an appointee of the President of the United States, Dr Allen was one of Annapolis’ most influential residents.
ADDRESS: intersection of Aris Allen Blvd, Forest Drive & Chinquapin Round Road