Soul Of America > US Cities > Annapolis 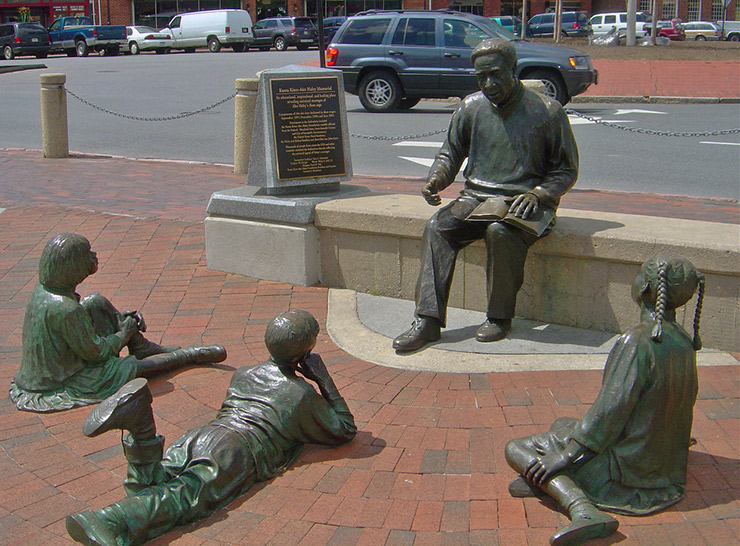 Annapolis is one of America’s earliest port cities and Maryland State Capital. It has a long history of black craftsmen and dockworkers whose legacy evokes a sense that you are walking on sacred ground. Annapolis’ past unfolds as you glimpse colonial life while strolling along 18th and 19th century human-scale main streets. View fully restored 17th and 18th century architecture such as St. John’s College (1696), Maryland State House (1788), and the Old Treasury Building (1735).

St. John’s College is the third oldest institution of higher learning in America. Several houses Downtown were owned by signers of the Declaration of Independence who employed free and enslaved Black craftsmen to build them. Nowadays, many people of color enter the dome-topped Maryland State House as politicians.

Slowly walk by art galleries on Main Street to City Dock. There you’ll fully the grasp the leisure sailing lifestyle of Annapolis. Take a guided tour of the City Dock or board a sailing vessel to explore the Chesapeake Bay. Numerous restaurants encircle City Dock, providing ample choice for tasting world famous Maryland crabs and other seafood.

As you walk along the waterfront, the glimmer of yachts and sailboats skipping across the bay catches your eye. Suddenly, you encounter a memorial to Kunta Kinte brought from Africa — a stark reminder of the city’s slave trading past. Then close your eyes for minute. Imagine dockworkers unloading cargo from freight vessels into nearby warehouses. Reopen your eyes to see the memorial of Alex Haley reading his family history to children. This is a moment for solemn reflection and prayer.

Walk or drive from City Dock on Randall Street to the U.S. Naval Academy. Upon entering the academy grounds, gaze at precise quadrants of manicured grass standing at attention between each building. And notice the proud naval midshipmen in their starched uniforms making their rounds.

As a government, military and tourism-driven town, it looks to the future, while engaging the healing process by honoring those who suffered from its infamous past. Annapolis has taken great effort to be more inclusive and respectful of its African American culture and history. Come and experience this complex set of visitor attractions!

Also visit the historically black resort of Highland Beach only minutes away.

Cultural Sites
Aside from the many old buildings constructed by Black craftsmen, notice the black monuments and museums in town, they are relatively close to the waterfront in this small town … More

History
Native Americans often crossed through the Annapolis area to the other side of Chesapeake Bay during hunting expeditions. So when the British claimed the territory in 1649, it was wild … More