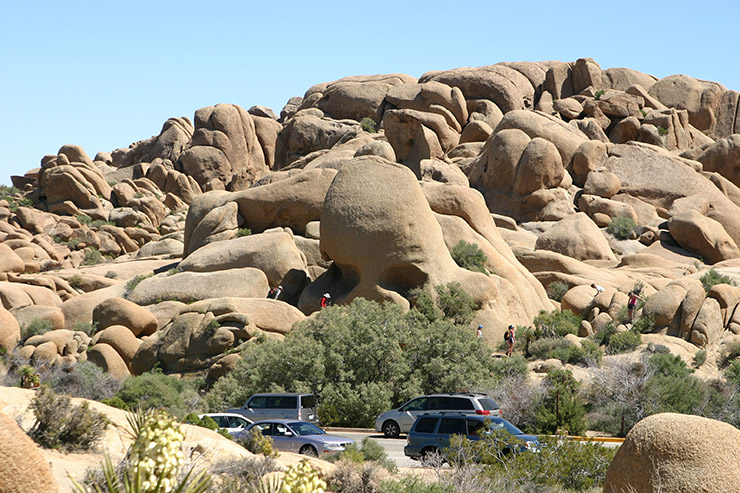 Looking for great hiking trails and/or low-cost family travel? Want something sure to catch the kids attention and hold their mouth agape when they put away the smartphone? When visiting the San Francisco Bay Area, San Diego or Los Angeles, consider these incredible California National Parks. One visit and you’ll never look at or think of run-of-the-mill parks the same again.

Stunning geologic features that attract the most daring rock-climbers are just the opening act at this park 85 million years in the making. You guessed it — see the same giant rock formations that dinosaurs saw in these parts. Close examination of this desert park reveals a fascinating variety of plants and animals that make their home in this land shaped by strong winds passing between mountains, immaculate vistas, unpredictable winter rain torrents and climatic extremes. Dark night skies reveal the stars as few city-dwellers have seen them, well marked trails, and a rich Native American cultural heritage markings add to the attractions.

Joshua Trees, a variety of the Yucca Tree, abound in the park, but they aren’t the only beautiful plants. Cacti usually wait until April or May to produce their bright, waxy flowers. Spring is an excellent season for bird watching in Joshua Tree. Their chirps ripple in the otherwise silent desert. In addition to many varieties of resident birds, spring brings an influx of transients and summer nesting species. A birding check-list is available at visitor centers. 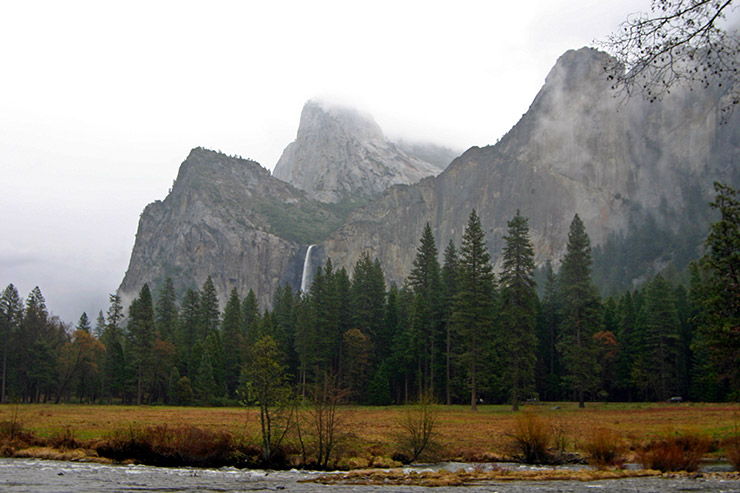 Pine trees and Sequoia Trees abound in this park, which also has lots of thick underbrush used as cover by the many park dear. Spring is also an excellent season for waterfall watching. Make that massive jaw-dropping waterfalls that are sure to stir your memories for a lifetime. In addition to year-round birding residents, spring brings an influx of transients and summer nesting species. The mix yields a spectacular birding check-list available at park visitor centers.

The main park visitor center is like an over-sized general store, carrying everything for day-trip visitors and month-long campers. One the best aspects of visiting Yosemite, is the tour buses that make it easy for most people to navigate around without a larger carbon footprint. After all, why spoil nature at its best?

Within the park, you’ll find adventures for all ages and all levels of skill, from tranquil evening strolls and programs for young kids to downhill skiing to extreme climbing and bear sightings. It is hard to imagine a more exhilarating, accessible and inspiring outdoor destination in the Lower 48 states.

Although Congress created these two adjacent national parks, they are managed as one. Lucky for us, this combined unspoiled treasure has some of the most striking scenery in the world. Towering giant sequoia trees and heavenly mountain peaks to cascading creeks, flowering meadows, and star-studded skies so magical they look like a scene from a Peter Pan movie.

Established in 1890, Sequoia National Park is America’s second oldest. With more than At Sequoia and Kings Canyon National Parks, you’ll find the five largest living giant sequoia trees in the world. The Park is also home to more than 300 animal species and 1,400 plant species and ranges from 1300′ to 14,494′ elevation. The beauty of Sequoia and Kings Canyon has inspired generations and looks pretty much the way it did hundreds of years ago. Note this side image of the massively tall General Grant Tree.

Summer generally runs from late June to early September. Activities and temperatures peak in this season. All park areas, roads, and facilities are usually open (subject to current conditions). Ranger-led nature programs and Crystal Cave tours are offered daily. Conveniently located in the Giant Forest area, the Wuksachi Lodge is the perfect location to discover the breathtaking splendor of one of California’s best family vacation destinations.