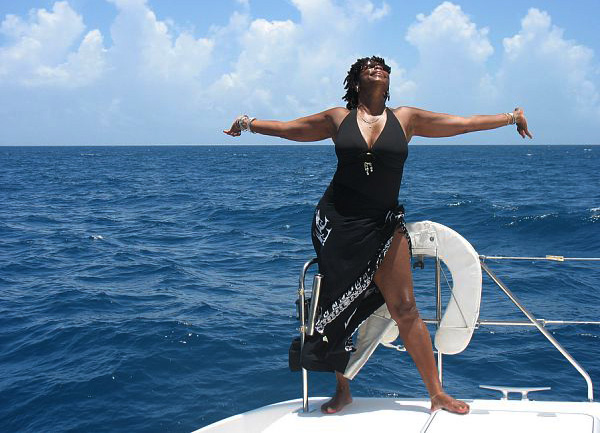 The name is a hook used to grab the attention of people who had never sailed and those who had never been approached about sailing. But everyone is welcome at the Black Boaters Summit (BBS). – Niambi Davis

BBS didn’t originate with a group of black sailors but from a collaboration between a British Virgin Islands-based yacht company and Paul Mixon, a member of the National Brotherhood of Skiers. The company recognized two things: that African Americans were underserved by the sailing world, and that Paul Mixon was the man to market yacht sailing vacations to NBS members.

For Cap’n. Paul, as he’s known to his friends, the Black Boaters Summit was a natural progression from this outreach. To some, the words “sailboat” conjure up images of a vessel leaning halfway into the water being knocked around by waves, with a crew working the winch like manic organ grinders. For BBS, nothing could be further from the truth.

In 1997, BBS took its maiden voyage with one boat and eight people. In 2008 the event brought together 126 people (most who don’t sail and many who don’t swim) on a 16- boat flotilla, captained by African American men and women for whom sailing is a favorite hobby. For others, sailing is life’s work. One of those is Captain Bill Pinkney. He is the first African-American to sail solo around the world. He’s also Master Emeritus of the Freedom Schooner Amistad, a reproduction of the original vessel. 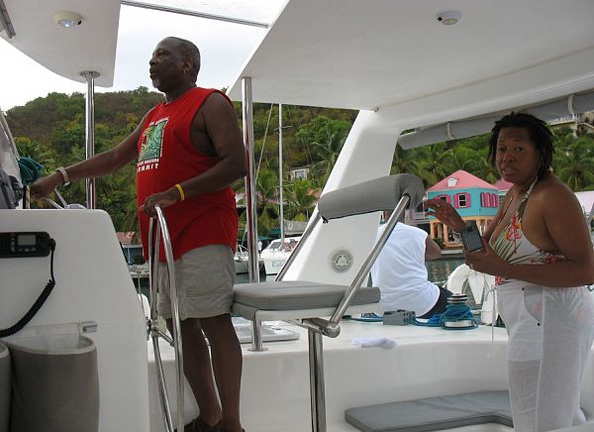 More than once, Captain Paul has been asked about the location – why sail the British Virgin Islands during hurricane season? The reason, according to Captain Paul, is the winds are gentle and so are the prices of the yachts he charters.

For aspiring sailors, BBS offers a Learn to Sail Program. While most participants are sunning and swimming, LTS students live aboard their floating classroom with a certified sailing instructor. At the end of a week of practical and written studies, those who pass the exam become full-fledged captains, able to sail a 35-foot sailboat. These same graduates are invited back as captains for the following year’s BBS sailing.

The seven days of sailing end with what Captain Paul refers to as a “recovery stay” at the Westin St. John. “The Westin is a welcome respite,” he says. “And besides, how can you say you’ve been to the Virgin Islands without seeing both The Baths and the underwater trail at Trunk Bay?”

2007 was a banner year for Captain Paul, Captain Pinkney, and the Black Boaters Summit. Ameriprise Financial and National Geographic came calling, Ameriprise sent a film crew to cover Captain Paul working with Afterguard Sailing School, an organization that instructs inner city children in the sport of sailing. Later that year, in the British Virgin Islands a film crew followed the fleet for four days. The result of this project is five webisodes highlighting the careers of Captain Mixon and Captain Pinkney. 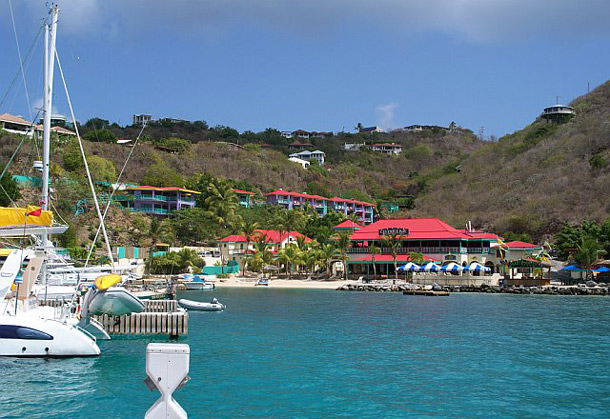 Many of us were strangers when we boarded our boat. Soon after the introductions we clicked and became a crew in every sense of the word. We lived, worked, and played together, developing real friendships over the days of the Summit…Our trip ended with two days of shore leave at the Westin St. John. We shopped, swam, and took full advantage of Westin’s trademark Heavenly Beds and Showers. On the last night of the trip, Cap’n Paul held his traditional White Linen Party. To me, it was pure magic. The luxurious Westin Villa was full of beautiful people, all dressed in white, all toasting to another voyage well done.

“In the way of great vacations, it was over all too soon. When we pulled into the dock at Soper’s Hole, the sun was setting in an explosion of dark, fiery gold. I was standing in the galley, but I grabbed my camera and hurried out on deck to capture the bittersweet beauty of our last night. I didn’t know what to expect when we first stepped aboard. It turned out to be more than I imagined.