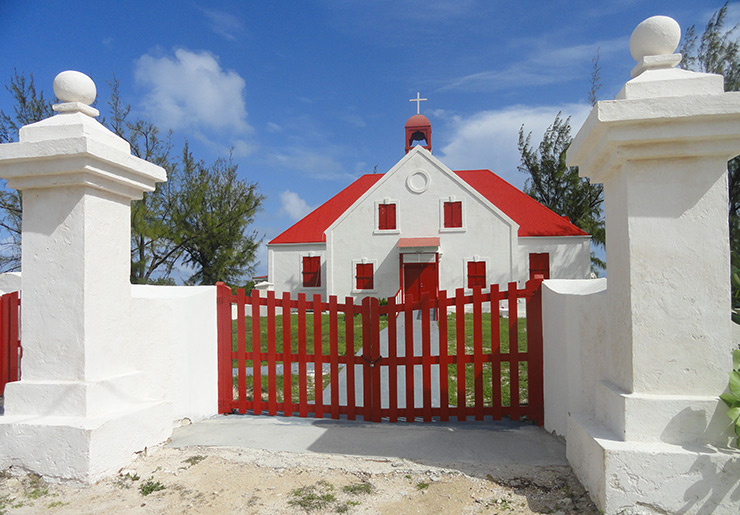 For 700 years before Christopher Columbus arrived at Grand Turk, Turks & Caicos Islands were inhabited by Tainos and Lucayans, descendants of the Arawak Indians who lived peacefully and were skilled in farming, fishing and gardening. They cultivated almost 50 types of plants, some of which can still be found on undeveloped sections of the islands.

Words such as “canoe” and “Caribbean” and are derived from the Arawak Indian language. Turks is a reference to the indigenous head cactus and Caicos is from the Lucayan term “caya hico” meaning string of islands. Fortunately, their heritage of conch fishing remains in abundance to this day.

Shortly after Columbus arrived in 1492, the Lucayan civilization disappeared and the islands remained sparsely populated for about 30 years. During this time, the salt making industry was born. Bermudians came to Turks & Caicos to rake the salt and take it back to Bermuda. Shallow waters surrounding the islands were ideal for salt raking, but treacherous for nautical navigation and more than 1000 ships were wrecked during the journey to and from. The wrecked ships are one reason diving off the coast is so good here.

In 1706, the French and the Spanish briefly captured the Turks & Caicos Islands from the Bermudians. Four years later the British reclaimed the islands for Bermuda, but in subsequent years Turks & Caicos and The Bahamas became a haven for pirates and British Loyalists fleeing the American Revolution. Ultimately, Britain retained the island country by the end of the century as part of the Treaty of Versailles.

In 1766, after being controlled by the Spanish, French and British, Turks & Caicos became part of the Bahamas colony and was placed under the Bahamian government. Attempts to integrate the two distinct communities failed and in 1874 after the Great Bahamas Hurricane devastated much of the chain of islands, the Turks & Caicos Islands became dependencies to the British Crown Colony of Jamaica.

Jamaica won independence from Britain in 1962. Turks & Caicos then became a British Crown Colony reporting to the UK and remain so today. The island was essentially a non-entity for tourism, until Club Med Turkoise Resort opened in the 1980s. Since then, increasingly more development has taken shape, and the small, salt raking island country of Turks & Caicos has grown into the last developing premier beach destination in the Caribbean.

Turks & Caicos is becoming an international investment center due to its “zero tax” jurisdiction on income, capitol gains, corporate profits, inheritance or estates.