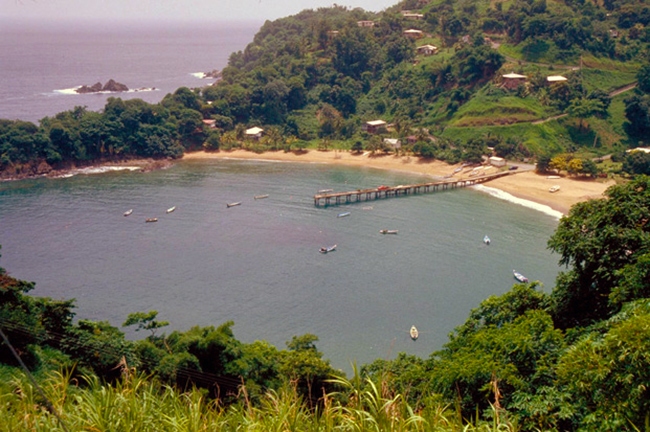 Cave Exploration
Trinidad has a number fascinating cave systems. Aripo Caves in the Northern Mountain Range lies the largest accessible cave system and home to nocturnal birds. In Central Trinidad, the Tamana Caves offer a wide 30-foot entrance and 11 species of bats, and the Cumaca Caves provides exciting opportunities for hikers. Off the western peninsula, on the island of Gaspar Grande, the underground Gasparee Caves provide a wealth of geological formations including stalactites and flow.

Bird Watching
Trinidad & Tobago feature more than 430 tropical bird species, including the spectacular Scarlet Ibis; see most of them at Main Ridge Rainforest Reserve in Tobago. Established in 1765, the reserve is the oldest in the Western Hemisphere. The forest offers great biodiversity including many species of birds, mammals, frogs and non-poisonous snakes; tour operators offer rainforest excursions into the reserve primarily along the Gilpin Trace trail; nature enthusiasts and birdwatchers walk into relatively undisturbed forest and feast on the flora and fauna. The reserve won the award for World’s Leading Ecotourism Destination from 2003 to 2007.

Turtle Watching
From May to September, the sandy beaches along Trinidad’s northeast coast are transformed as hundreds of marine turtles come to nest each night. The view is spectacular to say the least. Five species of turtle stand out – Leatherback, Loggerhead, Green, Hawksbill and Olive Ridley. Leatherback turtle adults range from 600 to 2,000 pounds.

Hiking
Spanning 20 square miles, Caroni Swamp is Trinidad’s largest mangrove wetland and home to over 200 avian species, the most famous resident being the Scarlet Ibis, Trinidad’s national bird; during the day the birds are said to feed 11 miles away in Venezuela and then return to the island at dusk to roost; in so doing they convert the mangroves from a sea of green to scarlet red – a must-see spectacle. The swamp is a maze of channels and there is a vast number of wildlife that inhabit the mangroves including fiddler crabs, oysters, four-eyed fish, tree boa and spectacled caiman. Situated just south of the capital Port of Spain on the island’s western shore.

Biking
Trinidad’s network of old oilfield roads and hiking paths provide a range of surfaces and environments for cycling; Terrain ranges from flat land to rolling inclines to hillsides. If you have a preference for a paved surface, almost every area of Trinidad has country roads with reduced vehicle traffic and yet its great for cross-country biking. The mountain biker can find forest trails with fallen logs, bamboo and small streams to cross. Ask your concierge for bike rental places.