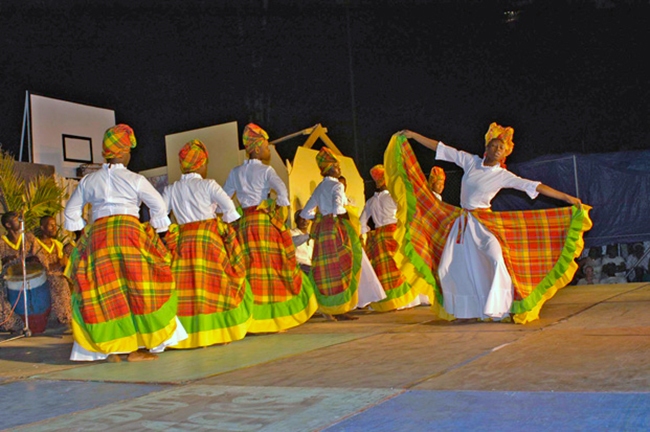 Brian Lara Promenade
Runs the width of the city center, compliments downtown Port of Spain by adding a relaxed laid-back flavor to the bustling streets; originally called Plaza de la Marina, it was translated into the English Marine Square when the British captured Trinidad and later renamed Independence Square in honor of Trinidad gaining independence from Britain. It was renamed in recognition of Brian Lara’s achievement of a world record 400 runs in a cricket Test match; the promenade now features free outdoor concerts, film festivals, celebration ceremonies and craft shows.

Pitch Lake
This natural phenomenon has fascinated Native Americans, early European explorers, scientists and locals as each discovers it. About 250 feet deep at its center, it is estimated to have reserves in excess of 6 million tons, from which 180-240 tons of pitch are mined daily. The lake is 40% pitch, 30 percent water and 30 percent colloidal clay. A gift of nature and a national treasure, The Pitch Lake provides the entire country, and many of the neighboring islands with pitch for building roads.
ADDRESS: situated in the village of La Brea in southwest Trinidad
DAYS & HOURS: daily from 9am-5pm
PHONE: tours 868-648-7697 or 868-784-3817

Hanuman Murti
A “Must-see” religious site standing a towering 85-feet tall, the red and pink-colored statue of the Hindu deity, epitome of wisdom, righteousness and strength, is said to be the largest such statue outside of India. It stands on the grounds of the Dattatreya Yoga Center and Mandir and attracts devotees offering gifts and performing the ritual of pradakshina, or walking clockwise in a holy temple while uttering the sacred Hanuman mantra. It was consecrated in 2003 and is located in Carapichaima, central Trinidad.

Queen’s Park Savannah
Occupying 260 acres, the Savannah was originally part of the Paradise Estate owned by the Peachier family. In 1817, Governor Sir Ralph Woodford acquired the property and converted it into a city park keeping a portion of land in the center as a burial ground for the members of the Peachier family. Savannah, considered plays host to larger musical events and is the epicenter for the annual Carnival festivities; locals can be seen jogging, cycling and walking their dogs at any hour of day or night. On the weekends and after 4pm during the work week, the Savannah comes alive with soccer and cricket games, jogging, and couples and families talking strolls or having picnics. Also home to coconut vendors whose trucks that line the street on the western side. Its located just north of Trinidad’s city center. 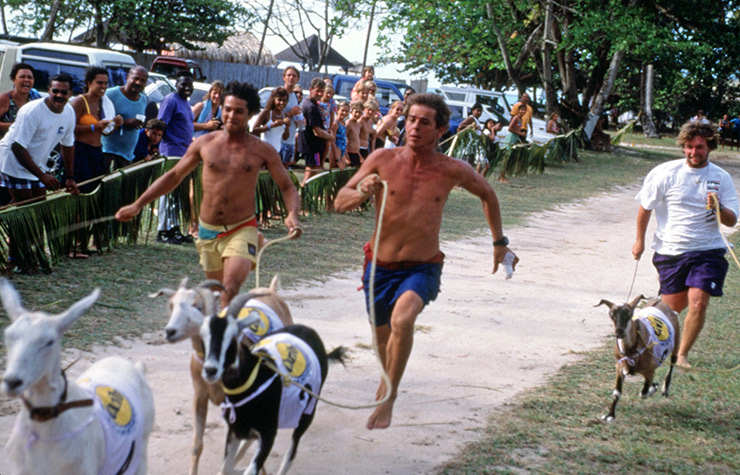 The Magnificent Seven
Extravagant structures originally built as family homes by wealthy Trinidadian men to symbolize their success in society; all but one of these lavish creations was built in 1904; they are situated on lots located directly across from Queens Park Savannah. One of the most impressive is Queens College with its German Renaissance style. Hayes Court serves as the residence for the Anglican Archbishop. The French Renaissance building was abandoned for several years and has since been acquired by the government with plans to restore it. White Hall is an impressive 3-story structure that shimmers and glows in the sunlight, and is now the Prime Minister’s office. Stollmeyer’s Castle is a bizarre mix of French, German and Scottish influences; originally known as the Ambard’s House, Rumoor’s whimsical domed roofs, arched windows and iron-gate posts are reminiscent of an elaborate gingerbread house; and lastly the residence of the Roman Catholic Archbishop of Port of Spain completes the Seven.

Union Building
Over 100 years old and still displays the street signs from the 19th century, Abercromby Street (originally spelled ‘Abercrombie’), was named after Sir Ralph Abercrombie, the first British Governor in Trinidad who took possession of the island from the Spanish in 1797. The iron rings cemented into the building were used in the 19th century by owners to secure their carriages. At the corner of Independence Square and Abercromby Street.

Old Fire Station Tower
Originally built in 1897 and refurbished and renovated in 2000, the old Fire Station is an excellent example of the preservation of a historic building which has been elegantly blended with the modern architectural landscape of the city. For 10 years (1989-1999) it was the home of the Trinidad Theatre Workshop which was founded and directed by West Indian poet and Nobel Prize winner, Derek Walcott. It incorporated into the National Library Complex and a historic gem in the city of Port of Spain.

Red House
First constructed in 1844 as Trinidad was preparing to celebrate the Diamond Jubilee of Queen Victoria, it was inadvertently coated with red paint in anticipation of the event and was hereafter referred to as the Red House. Although destroyed by fire during the riots of 1903, it was reconstructed in 1906 and is the seat of the Parliament of Trinidad and Tobago.

Woodford Square
Formerly known as Brunswick Square, it was renamed after Governor Sir Ralph Woodford, who was responsible for rebuilding the square and much of the city after the 1808 fire. In light of the independence movement led by the People’s National Movement, the square was dubbed “The University of Woodford Square” by its leader and became a place of political and religious gatherings, entertainment, discussions and craft markets that we see today. 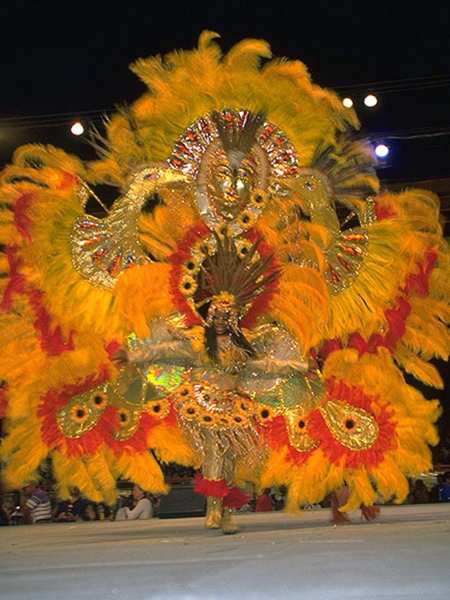 Old Public Library
The first national library was established in 1851 under Lord Harris, Trinidad’s governor from 1846 to 1854. In 1902, it was moved to this site on Knox Street, built with a simple arcaded second story, with the arcade providing shaded passageways for both the upper and lower levels of the library. The ground floor comprised a public reading-room, a lending library and a small office for the librarian before it moved to a new fcility in 2003.

Treasury Building
This building was the first site of the Central Bank of Trinidad and Tobago in 1966. On Emancipation Day 1934, thousands of slaves stormed into Port of Spain and gathered in front of the Treasury Building which featured the Government House on the upper level, to protest their new apprentice status. Four years later, in this same location, the Emancipation Proclamation was read announcing the beginning of the end of slavery. In 2007, crowds once again returned to the front of the Treasury building in commemoration of Emancipation Day.

Today, it hosts divisions of the Ministry of Finance.