You are here: Home1 / International2 / Toronto3 / Toronto A Global City 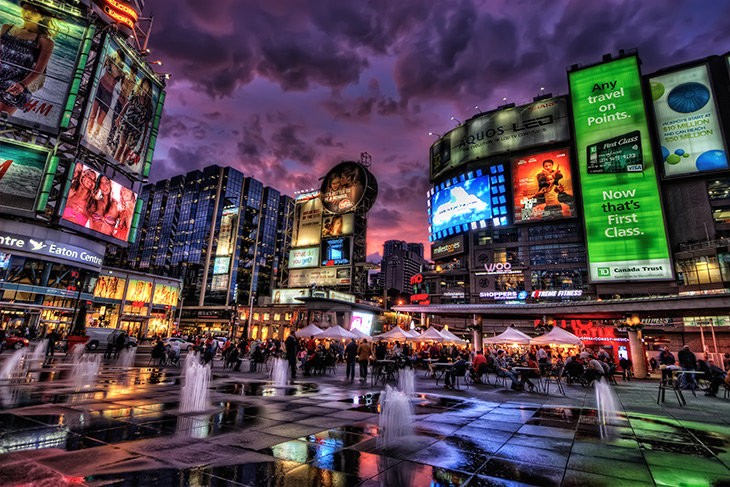 Toronto A Global City For All Seasons

Toronto is great North American city on par with Chicago in many ways. Since the natives are friendly and speak English, you’ll feel right in the mix once you walk through the landing gate. Add in great food, sights, entertainment, and vibrant nightlife surrounding its version of Times Square, and you can easily spend 4 to 7 days vacationing in Toronto. It has a large Afro-Canadian community, Caribana festival and 18 miles of shop-filled underground tunnels that shelter you from harsh winters.

A booming city and financial capital of Canada, downtown Toronto is dominated by large office skyscrapers and high-rise apartments in the style of many Asian cities. People are upbeat to see you, and even happier to share their country with you.

Don’t ask me why they are willing to treat us so nice since we have never been that good as neighbors. Just nice people I guess. Anyway, I like it so much that I would actually move there if it weren’t so cold for much of the year.

What did I like most? The Royal Ontario Museum.

When you see that this meal was a capstone after a visit to one of the greatest museums in the world, you have a travel experience that is first class. I especially enjoyed the mineral and gem presentation. Although smaller than the Smithsonian’s collection, Toronto has a better presentation and is much more educational. It was stunningly presented and unique in the manner of presentation.

The stones could be magnified by a unique apparatus so the stones could be examined in fascinating detail. The ladies were utterly delighted enjoying the jewels. The museum has permanent galleries of dinosaurs, ancient Egypt, Canada’s First Peoples, gems & minerals, alongside world-class dining, shopping and breathtaking architecture. The museum offers special programs and events, educational activities and inspiring facilities for private functions.

I expected mediocre cafeteria food as in “Smithsonian”, but nothing to write home about. To my surprise, I was served a gastronomic delight. Food beautifully presented on great china, very interesting silverware, and tastes that was out of this world. Besides all this the museum was world class. The food is actually 10 times better than it looks. Everything was perfect and so well balanced; the appetizer, unusual and delicious, the entrees, so good they make you want to “smack your best chef”, the drink, exotic and delicious, and the dessert, out of this world.

Royal Ontario Museum is merely the capstone of a a fine collection of museums in Toronto. Attention ladies! Shoes, hundreds of shoes, shoes from Europe and Asia, shoes from the 1920’s, shoes from everywhere. See 13,000 shoes and related artifacts that span 4,500 years of history in four impressive galleries in the Bata Museum.

My primary reason to visit was CARIBANA, the largest festival of Caribbean culture on the North American continent with a million people attending. It must be seen to be believed. The most significant event is a parade lasting four to six hours with thousands of participants in some of the most elaborate costumes imaginable; all dancing to elaborate choreography and throbbing, sexually charged music. The atmosphere is festive with good food abounding.

After the parade, thousands of parties break out all over Toronto — in hotels, night spots, and private homes. Its sounds cliche’, but the best way to experience Carabana is to be there at the end of July. Only Rio’s Carnival is a rival to Toronto’s Carabana. If you miss Caribana, no worries. Just move your travel calendar back a couple weeks. 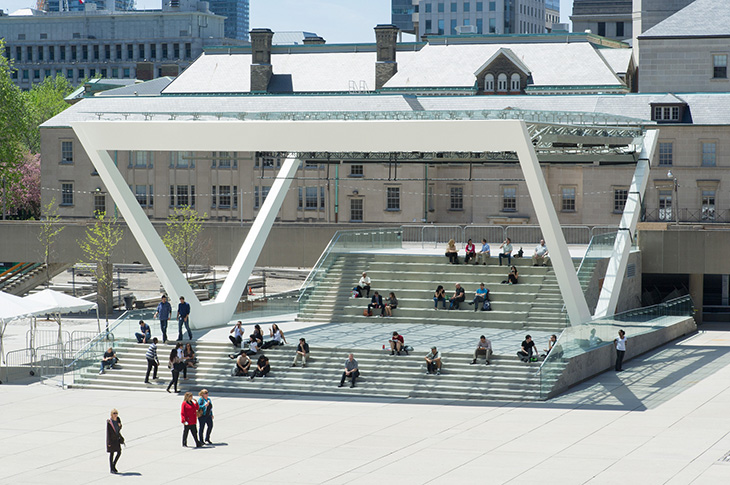 For the past 130 years, the 18-day Canadian National Exhibition in Toronto, which runs from mid-August until Labour Day weekend, has traditionally signified the end of summer to two million visitors from across Canada and throughout the world. The “Ex”, as it is better known, is the largest annual exhibition of its kind anywhere. Situated on the shores of Lake Ontario, the Ex is a 350-acre carnival of entertainment, rides, buildings, sports and agriculture. It is also the site of the Royal Agricultural Winter Fair held each November.