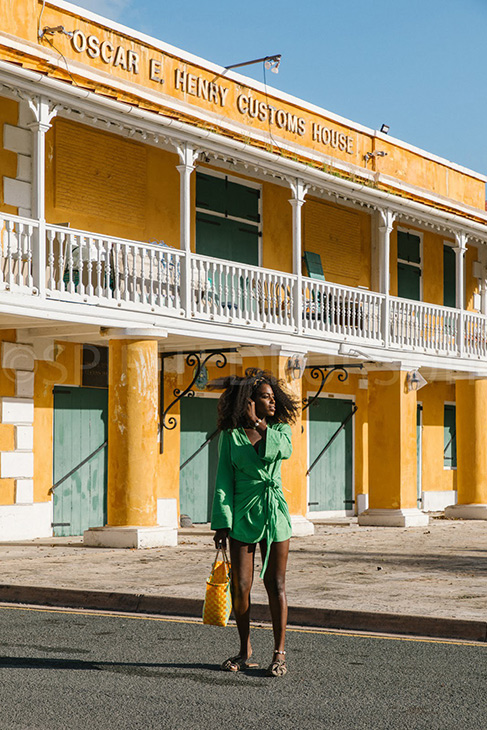 Estate Whim Plantation Museum
Walk among early 18th century plantation greathouse and fully restored windmill among several buildings on the 12 acres of Whim Museum; its the oldest sugar plantation museum in the Virgin Islands and the ruins are open for you to explore — yes, you can still see sugar cane growing in one of the plantation gardens.
PHONE: 340-772-0598
WEBSITE: http://www.stcroixlandmarks.com

Columbus Landing National Historic Park
This beach is named after Christopher Columbus, who landed here during his second voyage in 1493. At this location, Columbus encountered a Carib Indian tribe in the first battle where blood was shed between Native Americans and Europeans.

Caribbean Museum Center for the Arts
It serves and promotes the artists and art of the Caribbean while offering opportunities for learning, introspection, and connection with the cultures of the Caribbean.
ADDRESS: Located in Frederiksted
PHONE: 340-772-2622
WEBSITE: http://www.cmcarts.org

Cruzan Rum Distillery
The production of rum has been a part of St. Croix history since colonial days and it still thrives at this distillery. Tour the production facilities, Great House and old sugar mill, and last but not least — taste a sample of Cruzan Rum.
PHONE: 340-692-2280
WEBSITE: http://www.CruzanRum.com

The Reef Golf Course
Offers a nine-hole course, par 35, with driving range with a beautiful beach nearby and one of the island’s best beachside restaurants.
ADDRESS: Located at Teaque Bay on the island’s east end
PHONE: 340-773-8844

Fort Christiansvaern
Completed in 1749, and expanded in the 1830s to protect the town from pirates and privateers. It once also served as a police station and courthouse, and was designated a National Historic Site in 1952; it now displays 1830s furnishings and local military history.
ADDRESS: Christiansted

Government House
Consists of three buildings connected by walks and steps around a courtyard. Schopen wing, was completed in 1747; Sobotker wing was completed in 1797; the new courtyard building replaced earlier structures at the end of the 19th century. The building still serves as the office of the governor and the Department of Tourism Visitor Center.

Apothecary Hall Museum
This vintage pharmacy was established by a Danish pharmacist around 1816 to prepare medicines for the Danish military garrison in Christiansted.
ADDRESS: Located in downtown Christiansted
WEBSITE: http://www.stcroixlandmarks.com

Fort Frederik
After a lengthy construction period, the fort completed in 1760 to protect another part of the island. The fort’s courtyard, stables and the old garrison and soldier’s canteen have been restored and the fort houses a museum and art gallery.
ADDRESS: Frederiksted
PHONE: 340-772-2021

Buddhoe Park
On 3 July 1848, General Buddhoe Gottleib rallied more than 6,000 armed slaves at this park to demand freedom. As a result, Governor Peter von Scholten proclaimed the emancipation of the slaves on that day. The park contains a bronze bust of the slave rebellion leader, General Buddhoe
ADDRESS: Next to Fort Frederik Museum in Frederiksted