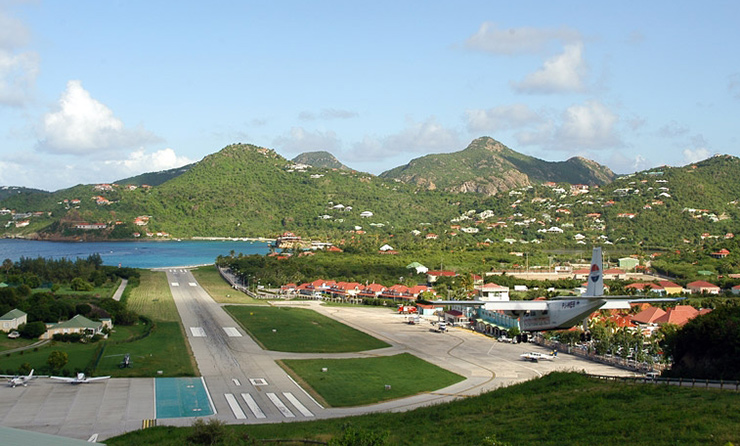 Most people fly to nearby St. Maarten via Princess Juliana International Airport (SXM) accommodates direct flights from North America and Europe. Most guests headed to St. Barths transfer to smaller planes for short inbound flight or transfer by 45-minute ferry.

Guests then take taxi rides directly to their hotels. A valid driver’s license is sufficient to rent a car from St. Barths Airport: Hertz, Avis, Budget, Thrifty, Europcar, Maurice Car Rental, Sixt and Turbe Car Rental. You can get to any other part of the island in less than 20 minutes. Driving on St. Barths unimpressive roads can also be an adventure. There are only two taxi stations in St. Barts, one at the airport and one in Gustavia. Residents often take mini-bus rides around the island. Check there route before riding.

If you’re nervous about small plane landing at St. Barths’ airport, the ferry round trip will cost you from 50 Euros to 75 Euros, which may convert to US $55-82.

The Edge
There is also a high speed ferry named The Edge that comes to Gustavia once a day from Tuesday until Saturday. It leaves from Pelican Marina in Dutch-side St. Maarten at 9 AM. The passage lasts around 45 minutes.

You can also catch a Rapid Explorer ferry from Anguilla.