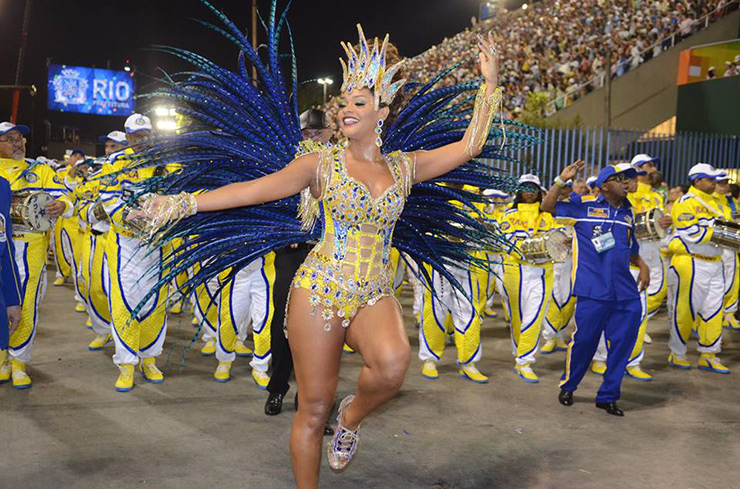 Unidos da Tijuca dancer at the Sambadrome during Carnival

The Soul Of Rio is more than the natural beauty of granite-mountains protruding from beaches to the sky. Christ the Redeemer Monument on top of 2,000 foot tall Corcovado is every much an icon as the Eiffel Tower. Its part of that Soul. Carnival has evolved to the status of an international party with few peers. Its a another part of that Soul. Stroll up and down Avenida Atlantica to watch the street theater of beautiful bodies unfold on the beaches of Ipanema, Leblon, Leme and Copacabana. And yet, Rio de Janeiro history speaks to broader and deeper waves of Soul.

The Portugese who ran Brazil, imported African slaves in the early 1500s. Sharing ancestry and a history of African slave importation combined with Native American and European race mixing, African Brazilian roots greatly intertwine with African American roots in the most fundamental way. When you visit, you might see distant kinfolk. Like Brazilians, African-Americans don’t just hear Samba music, we feel it. African Americans don’t just dance the Samba, we caress it. We don’t just taste African spices in the cuisine, we act like we just got a call from home!

Lucky for us, Rio became a major travel destination in 1945 after World War II. Having fought on the side of the Allies, Brazil was seen as an exotic beacon of progress in Latin America. In 1958, the birth of the Commercial Jet Age made long-distance international tourism possible and Rio de Janeiro was Brazil’s post-card invitation. The newly elected government began modernizing the country. The airport and railroad was upgraded. Cultural centers were built or upgraded. Many resort hotels were built. Leaders envisioned a need to seperate Federal government functions from Rio to a new city designed for government (like Washington, DC). So the federal capitol was moved from Rio to Brasilia in 1960. Brazil was upward bound. Then a few generals crashed the party. 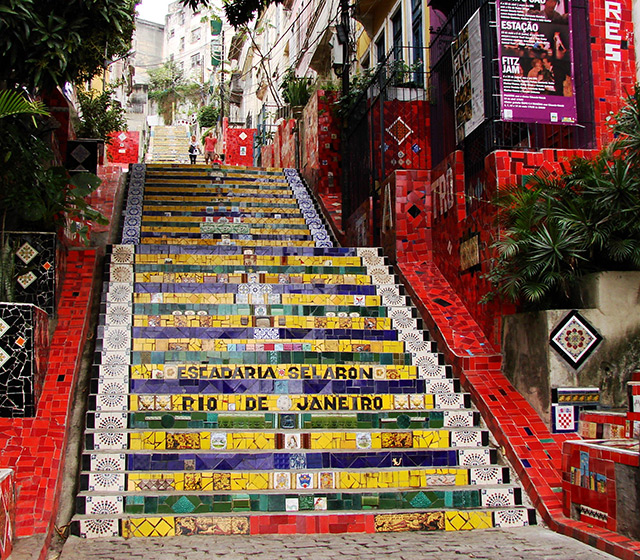 In 1964, a miliary coup d’etat squelched the individual rights of everyday people and perpetuated mass poverty. Only VIPS (military brass, rich businessmen and soccer stars) could fully enjoy the bounty of the land and its fine cultural centers. Somebody missed the memo: mass poverty and repressed human rights do not uplift a nation.

Fortunately, military dominance was broken, elected officials were chosen to run the country and individual rights returned in 1988. Brazil began its 2nd major ascent towards modernization and Rio hosted a number of world events. Tourism jumped. In 2003, Brazil took another step towards becoming a respected leader in the 21st century. It elected a populist president who named African-Brazilian and Native-American Brazilian cabinet members. Thus began Brazil’s formal task of breaking the glass ceiling for people of color. As African-Brazilian kinfolk in America, we know it will be a long arduous road.

On the tourism supply side, the African-American middleclass tripled between 1970 and today. With greater income and travel experience, our destination choices are spreading beyond domestic shores. More flights are making Brazil more convenient to reach than ever. As a result of all those factors, Rio de Janeiro has firmly landed on their travel radar screen.

As equidistant from the equator as Miami, the city’s weather is hot, but moderated by Atlantic Ocean breezes. Thus, attractions can be appreciated year round. Unlike Miami, the land is not threatened by hurricanes, but does experience frequent rain. The inviting weather means there’s always outdoor exhibitions, theater, dance, concerts, sports and hang gliding dates to be had. In the midst of the Marvelous City, behold Tijuca National Park. The largest urban natural preservation area in the country, its a rain forest with monkeys and other exotic creatures. 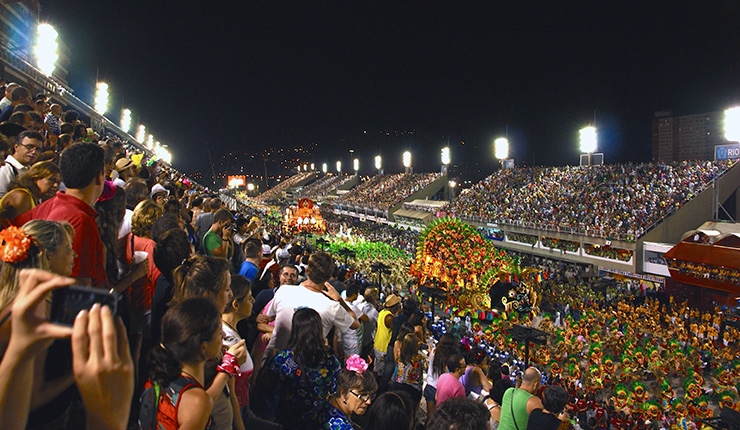 Somehow the conversation returns to Carnival. Organized Samba bands and impromptu celebrations appear everywhere. When Cariocas celebrate Carnival, the whole city, save restaurants, come to a stop. Everyone feels the freedom to party in the streets. The year-long anticipation and energy unleashes a procession of music, Samba dances, and costumes that may only be matched in Salvador da Bahia.

The Shrine to Samba known as the Sambadromo, was constructed to showcase the Carnaval Parade in Rio de Janeiro. This amazing structure can accommodate 100,000 spectators and 80,000 Carnaval dancers, musicians, and performers. When seated in the Sambadromo, you are mesmerized by wave after wave of floats and costumed dancers passing to the rhythm of what seems like a thousand drums that roar like a locomotive. Just when you think the sights and sounds can’t be more gratifyingly intense, they get better as the night wears on. Cult-like, you will find yourself caught up in the joyous chanting of songs by the top Samba schools competing to win the annual title of #1 Samba School. And why not? Adulation for the Samba school winner is like the praise heaped upon a Super Bowl winner in Las Vegas on New Years Eve for a week.

Speaking of New Year’s Eve, that’s another only-in-Brazil celebration to discover. Our African roots play a part in the tossing of flowers in the waves as the new year approaches. Stay tuned to this page for the next soulful wave. 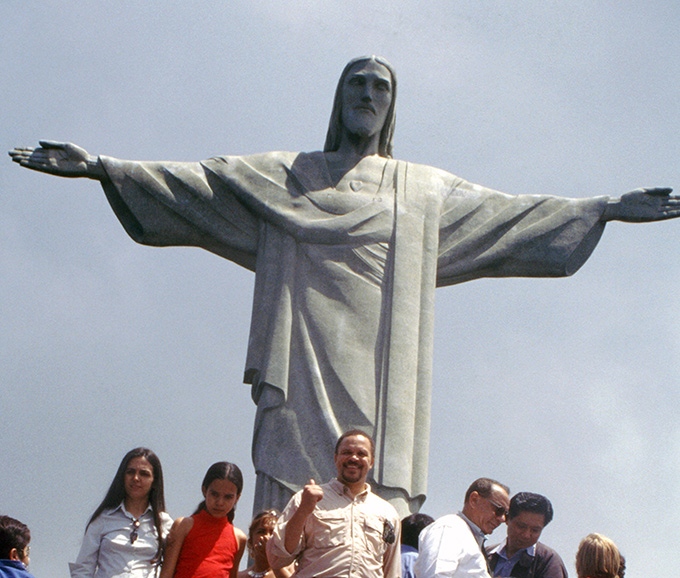