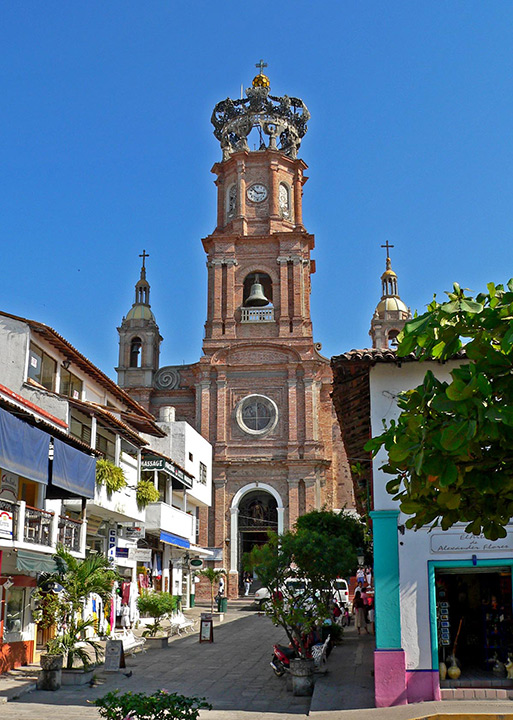 Unlike other Mexican Pacific resort cities, Puerto Vallarta lacks a significant ancient history. But that doesn’t mean its not interesting. This beautiful land at the mouth of the Cuale River remained isolated as late as the early 1800s. Economic activity sparked in the towns of Cuale, San Sebastián and Mascota when silver and salt mines were found.

In 1851 Guadalupe Sánchez, a boatman from Cihuatlán who used to bring salt from nearby islands to beach fortrade, became weary of waiting for the muleteers to come and pick up the load. A young man of 19 and recently married, Guadalupe established the first settlement in what he called Las Peñas.

Black Saint statue in Cathedral of our Our Lady of Guadeloupe[/caption]With the collapse of the silver market around 1914, miners left the mountains and returned to cultivate agriculture in a fertile valley next to the Ameca River. Vast amounts of local produce were shipped from here by boat to Manzanillo and Mazatlán. In 1918, residents changed Las Peñas name to Puerto Vallarta, which is located in the Mexican state of Jalisco. This fertile valley soon attracted American agricultural interests. 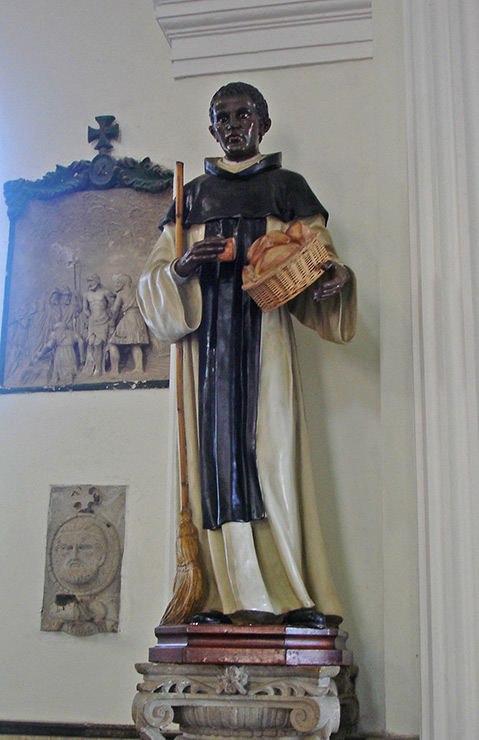 Black Saint statue in Cathedral of our Our Lady of Guadeloupe; (c) Soul Of America

Bananas grown & exported to the United States by Montgomery Fruit Company brought much needed jobs to Puerto Vallarta and nearby Ixtapa until 1935. But the Mexican Revolution repossessed most of Montgomery’s agricultural land, ending the intensive agricultural phase of old Puerto Vallarta. Locals turned their eyes toward the ocean, where they found a new source of wealth — sharks. More specially, the key ingredient for shark fin soup ended up on the tables of Chinese restaurants in America. When World War II began in December 1941, shark liver oil was also given as a nutritional supplement to American soldiers.
More Mexican immigrants to Puerto Vallarta companies benefited from this trade.

The seeds for tourism were planted in 1942, when a Puerto Vallarta advertisement appeared in Modern Mexico magazine, published in New York. Wealthy Mexicans began patronizing the area and developing villas and resorts. White-washed adobe facades, pitched roofs covered in red tiles, decorative wrought-iron grids and stone walls became the rage. After World War II ended in 1945, a number celebrities and intellectuals from the United States and Canada started visiting Mexico. The Mexican state of Durango and town of Tampico attracted A-List Hollywood director John Huston, who filmed Humphrey Bogart in Treasure of the Sierra Madre in 1948. The movie was a critical and commercial success that fixated Mexico’s tourism allure in the mid of many Americans.

Puerto Vallarta was hot property despite a troubling lack of infrastructure. Not only did cows trespass airport grounds, visitors had to cross the Pitillal River in a canoe during the rainy season. There were only a few taxis, donkeys were used to carry the luggage. For many American celebrity and intellectual visitors, this only added to the Latin adventure.

That adventurous quality attracted John Huston to direct another Hollywood movie in Mexico. In 1963-64, Puerto Vallarta hosted Ava Gardner, Richard Burton and Deborah Kerr in the movie, The Night of the Iguana. Elizabeth Taylor also spent most of her time during production with soon-to-be-husband Richard Burton off set, to the delight of American celebrity photographers and journalists. At the time, Taylor and Burton were bigger stars than Brad Pitt and Angelina Jolie. Charmed by Puerto Vallarta, Taylor and Burton bought a villa there. John Huston built a larger house as well, where he lived until his death.

In 1973, the construction of grand luxury hotels began and the city population swelled with immigrant worker families. When the Mexican Peso devalued vs. the Dollar in 1982, Puerto Vallarta and other Mexican resorts enjoyed booming tourism. Between 1980 and 1990, Puerto Vallarta’s population doubled and a new marina was built with slips for 450 yachts. A large shopping mall was constructed.

National tourism grew in the early 1990s, but international tourists dropped off as the Peso strengthened vs. the Dollar. It was crucial to put an end to this decline. So in 1996, the Puerto Vallarta Tourism Fund created a 2% tax on hotel rooms to promote the destination at national and international levels. Cancún, Acapulco and Mazatlán took similar measures. The program was a massive success. Puerto Vallarta has since earned a reputation as a world-class beachfront and cultural destination.