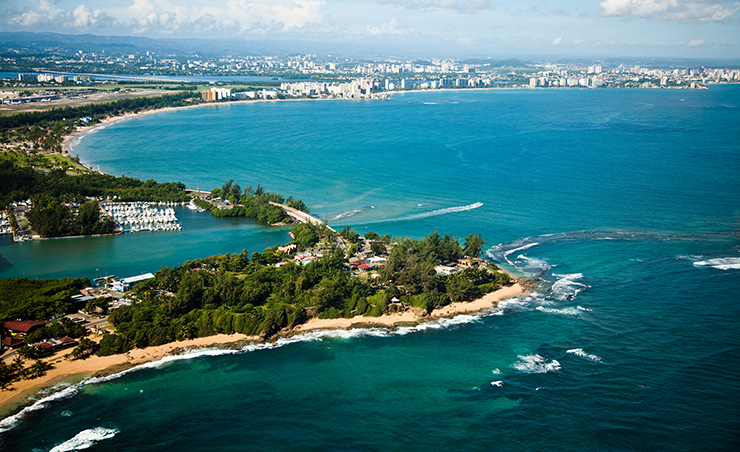 The island’s tropical climate averages 75-82 degrees. As a result, the dress code is always “island casual.”

Anytime is a great time of the year to travel here, however in the Spring and Fall it is not as humid. The rainy season starts in August and ends in October, but because it is a tropical climate, brief showers can come at any time.

Phone service/phone cards availability is the same as in the states.

There is NO sales tax in Puerto Rico.

Passports are not required for U.S. citizens.

Banks are open from 10am to 5pm and ATMs are plentiful.

Puerto Ricans are proud of their island, and it shows in the almost complete lack of graffiti and litter, particularly in Old San Juan.

The crime rate here is probably no different that in any major metropolitan city, but of course, both visitors and residents should use common sense when out and about. Public transportation—taxis, buses, trolleys is safer than in most American cities.