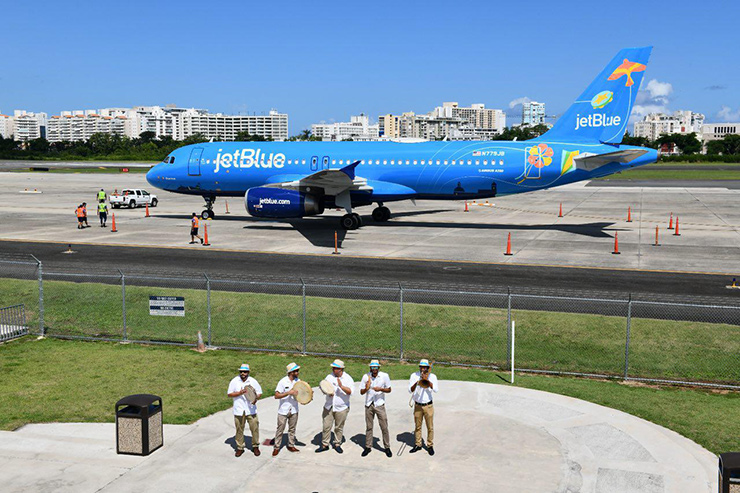 Luis Muñoz Marín International Airport (SJU) is a joint civil-military international airport named for Puerto Rico’s first democratically elected governor and located 3 miles southeast of San Juan. It is the busiest airport in the Caribbean by passenger traffic — 8 million passengers per year. The airport is served by JetBlue, Aer Lingus, Emirates, Frintier, Spirit and other airlines. The top ten arrivals to San Juan Airport the US are from Orlando, New York, Fort Lauderdale, Miami, Atlanta, Newark, Philadelphia, Charlotte, Tampa and Boston. SJU has several facilities in the airport:

Taxis: It is easy and fast to get to downtown from SJU Airport. There are many other fixed rates to different places in Puerto Rico as well. Car Rentals: Service is provided by these name brand companies:

Cities and towns in Puerto Rico are interconnected by a system of roads, freeways, expressways, and highways maintained by the Highways and Transportation Authority under the jurisdiction of the U.S. Department of Transportation, and patrolled by the Puerto Rico Police Department. The island’s metropolitan area is served by a public bus transit system and a metro system called Tren Urbano (in English: Urban Train). Other forms of public transportation include seaborne ferries (that serve Puerto Rico’s archipelago) as well as Carros Públicos (private mini buses).

Sunshine Tours
Sunshine Tours provides transfers to and from the airport, cruise ports, and hotels, in addition to sightseeing tours of Old San Juan, the Bacardi Rum Factory, El Yunque Tropical Rainforest, shopping, the town of Ponce, and more. Minimum of 8 people are required to book a tour.
PHONE: 787-810-4545 or 787-810-0055
WEBSITE: http://www.puerto-rico-sunshinetours.com

Tourist Information Offices
La Casita, or The Little House, is the yellow building located in Plaza de la Dársena that houses a Puerto Rico Tourism Company Information Center. Open Monday through Wednesday from 8:30am to 8:00pm; Thursday and Friday until 5:30pm; Saturday and Sunday from 9:00am-8:00pm. The free Trolley that runs along Calle Marina stops at the Tourist Information Plaza and the center of town.
ADDRESS: Plaza de La Dársena, near Pier 1
PHONE: 787-722-1709
WEBSITE: http://www.meetpuertorico.com

Public Transit is among the most interesting—and adventurous—ways of traveling in Puerto Rico is by público. Públicos are independently owned and operated vans that service hard to reach urban areas. They also travel between island towns and, if you have the time and inclination, they can be an inexpensive and fascinating way to learn about the island. You may find yourself in with a family on their way to see a grandmother on the other side of the island or a half dozen ballplayers on their way to a game. All in all, públicos offer visitors a unique opportunity to see the real Puerto Rico and meet its people.

Some people ride the Tren Urbano Metro system for 11 miles around San Juan. The fares are low, but the main complaint is that Tren Urbano doesn’t go enough places on the island. 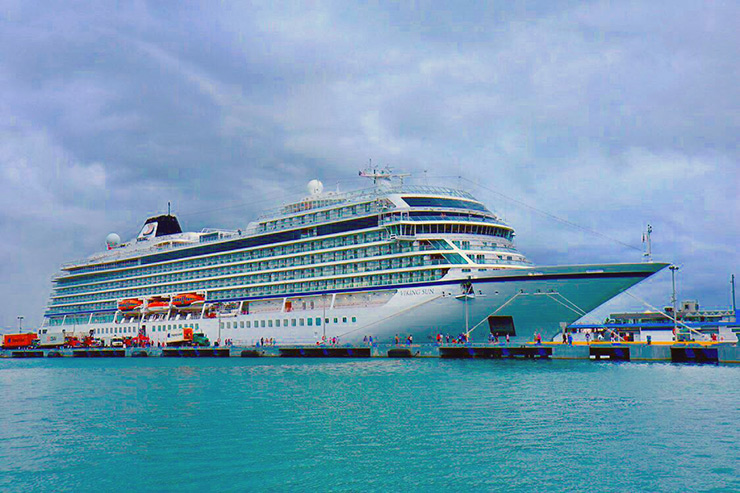 Cruise Ships
Puerto Rico has nine ports in different cities across the main island. San Juan Port is the largest and a homeport to 26 cruise lines, and a port of call to many others. Travelers will find ferry service to the Dominican Republic as well as to Vieques, Culebra and Mona Island. Royal Caribbean, Celebrity Carnival, Norwegian, Commodore, Costa, Cunard, Chandris, Astor United Cruises, Sitmar, Home Lines, and Princess Cruise Lines carry some 1.2 million passengers on 700 sailings annually.