You are here: Home1 / International2 / Paris3 / Soul Food of Paris 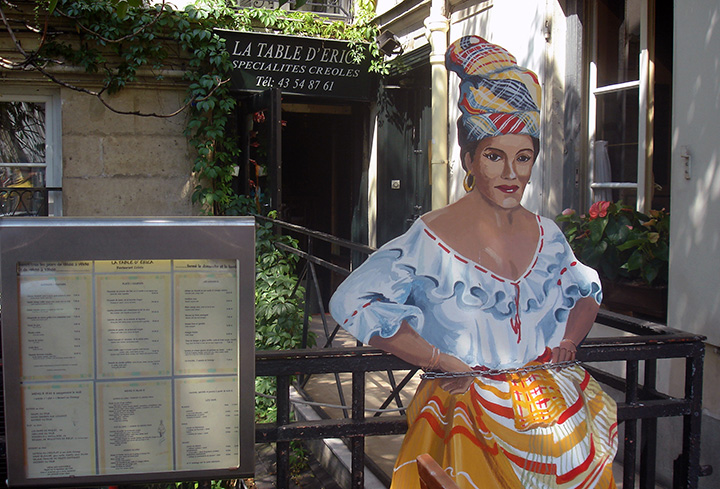 Monique Wells founder of Discover Paris! has lived in Paris with her husband, Tom Reeves since 1992. She was named Black Culture and Heritage VIP in Paris. She has authored several wonderful books and itineraries, including Paris Reflections: Walks Through African American Paris and the Black Pearl Walk. Tom is the author of Paris Insights-An Anthology and the Paris Insights blog. He is co-owner of Discover Paris! Enjoy Monique’s insights on the Soul Food of Paris.

Many people are aware that African Americans have lived in Paris over the years, but few realize that among them were men and women whose livelihood depended in whole or part on the preparation of traditional African American fare. Since the time of James Hemings, the slave who served as chef to Thomas Jefferson in the 18th century, Americans of African descent have plied the culinary trade in the City of Light. For this reason, when I hear the word “Soul” spoken in relation to Paris, the word “food” is never far from my mind.

Living in Paris inspired me to write the soul food cookbook Food for the Soul. A coffee-table book with 65 color illustrations and photographs, it began as a simple collection of recipes and a list of markets, American grocers and other places where hard-to-find ingredients could be obtained. However, the project evolved and became a labor of love for family, for cooking, and for history. In addition to presenting family recipes, I write about Texas and southern Louisiana culinary culture and the history of several ingredients commonly used in soul food dishes. I also discuss the differences between Creole and Cajun cuisine, the significance of Juneteenth and other topics. I am pleased to say that my book also features a preface by master French chef Alain Ducasse.

In creating Food for the Soul, I was inspired to research the African American cooks and chefs who came to Paris before me. I discovered that Mitchell’s, Chez Inez, Buttercup’s Chicken Shack and the Chicago Texas Inn are among the establishments that had been operated by African Americans around town since World War I. These restaurants played a significant role in the lives of Black residents and tourists alike. They provided not only nourishment, but also a sense of comfort, a feeling that there was a little bit of home away from home that could be counted on to lift sagging spirits or to boost already soaring ones.

Jezebel’s, an upscale soul food restaurant run by Alberta Wright of Jezebel’s in Manhattan, enjoyed a brief fling in the Saint-Germain-des-Prés area during the early 1990s. Percy Taylor, proprietor of the restaurant and tearoom Percy’s Place, combined the love of his mother’s Norfolk, Virginia cooking, his culinary education at the Cordon Bleu in Paris and his appreciation of Hawaiian fare to create Soul Fusion cuisine in the tony 16th arrondissement from 1997 until 2005. And Bojangles, run by Chicago advertising executive Sharon Leslie Morgan, regaled both Blacks and French alike with Pan-African Soul Food in the Pigalle district from 2001 until 2003. 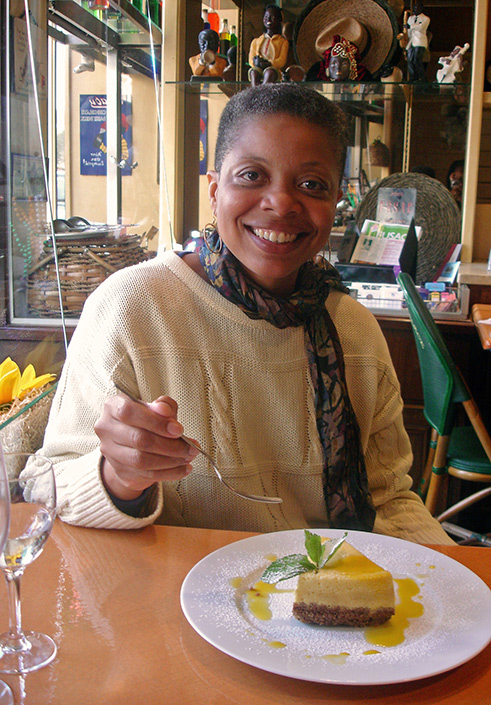 But the most famous of all African American owned restaurants in Paris remains Haynes’ Restaurant. In business since 1949 and in its present location since 1964, it is the only African American restaurant that continues the tradition from the “olden days.” Located at 3, rue Clauzel in the 9th arrondissement, it represents an historic landmark for African Americans in Paris. The spirit of the late Leroy Haynes lives on there in the numerous photos of celebrities dedicated to him, photos of Haynes himself in various films in which he acted, and a portrait of him hung prominently in the dining room. Haynes’ widow, Maria, has kept the restaurant operating since his death in 1986.

Refurbished in 2004, the restaurant has lost none of its historic appeal. As for the food, the menu has scarcely changed since the time when Haynes himself stood before the kitchen stove. New Orleans gumbo with shrimp, chicken and okra, Ma Sutton’s fried chicken (with or without honey), Nellie Bee’s barbecued chicken and Sister Lena’s barbecued ribs are still being served to a faithful clientele. Sides include hot corn on the cob, okra and tomatoes and fried chicken livers and onion. Desserts are fait maison (homemade), with Maria making a wonderfully flavorful version of American carrot cake and Chef Holly Olson (formerly the sous-chef of Percy’s Place) turning out a sublime lemon pie. You can be certain that you will not leave Haynes’ Restaurant hungry!

Diners can enjoy entertainment three nights a week, with jazz taking precedence on weeknights and Saturdays, but with Samba performed to provide a taste of Brazil every Sunday. Benny Luke, long time Haynes’ barman, has returned to the restaurant after having joined forces with Sharon Morgan at Bojangles and then working for a time at Percy’s Place. A photo of Luke as he appeared in the original film La Cage aux Folles hangs in the restaurant.

Of course, the Afro-centric dining experience in Paris is not limited to African American fare. La Table d’Erica, a cozy, split-level Guadeloupe restaurant in the Saint-Germain-des-Prés area, has a marvelous Creole atmosphere and fabulous food to match. Madame Erica Limouza serves traditional island fare to which she has added contemporary accents. A variety of rum punches are available to start things off. Then select from the soup of the day, féroce d’avocat (mashed avocado, manioc and cod salad), or chiquetaille de poulet fumé (smoked chicken salad) for your first course. For the main course, one may select pimentade de poisson des îles (steamed Caribbean fish and exotic vegetables), lambi (conch) fricassee or calou créole (a Creole stew of spinach, smoked chicken, okra, bacon, shrimp and crab), among other delectable offerings. Desserts range from fresh fruit concoctions, ice creams and sorbets to freshly made cakes and tarts. All these dishes and more are prepared in Madame Erica’s impeccable kitchen, and service is always provided with a smile.

Nioumré Restaurant is one of the better-known African establishments in Paris. It offers Senegalese specialties such as thiebou diene (fish with rice – Senegal’s national dish), yassa (chicken with onions) and mafé (lamb stew made with peanut butter) on rue des Poissoniers in the Château Rouge area. Because this inexpensive restaurant is popular among the locals, finding a free table is often difficult. It does not serve alcohol, but offers a variety of wonderful fresh juices made from ginger, bissap, guava and other fruits and roots. It also offers a tasty rendition of tiakri, a dessert made from millet and fermented milk. An African harp player provides musical ambiance for the evening crowd.

As you can see, Paris‚ gastronomic wonders are not limited to traditional French cuisine. The choices available make a visit to the City of Light all the more delightful. Bon appétit!