You are here: Home1 / International2 / Paris3 / Living In Paris, A Sister’s Perspective 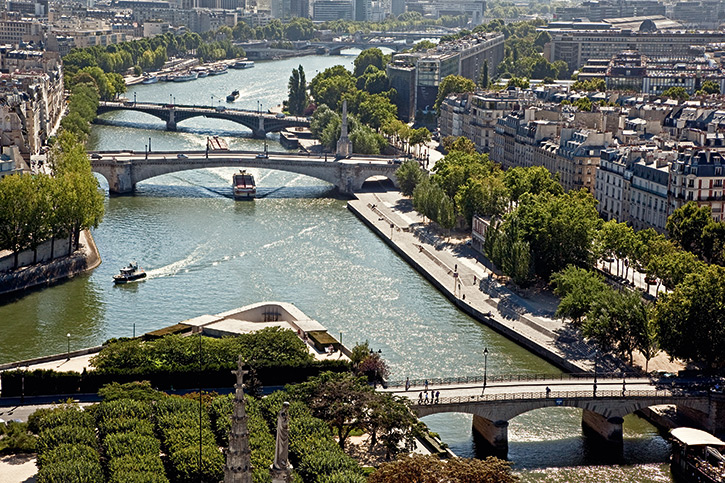 Above River Seine in Paris

Living In Paris, A Sister’s Perspective

Monique Wells, founder of Discover Paris!, has lived in Paris with her husband, Tom Reeves since 1992. She was named Black Culture and Heritage VIP in Paris. She has authored several wonderful books and itineraries, including Paris Reflections: Walks Through African American Paris and the Black Pearl Walk. Enjoy Monique’s insights on Living In Paris, A Sister’s Perspective.

For this Living In Paris, A Sister’s Perspective, I draw a lot from an ex-patriot. Cheryl Pegues, a native of Seattle, Washington, is a Sister living the dream in Paris. To paraphrase the quote from the movie The Naked City, “There are eight million ‘Sista’ stories in the City of Light; this is hers.”

Cheryl first came to France in the 1980s, after an insightful professor in Seattle encouraged her to look to New York or to Europe to find an environment where she could nurture her creative talents among like-minded persons. That first trip represented “trial by fire” in Cheryl’s words, after the people with whom she was supposed to lodge for the summer refused to allow her to stay with them when they discovered that she was black. 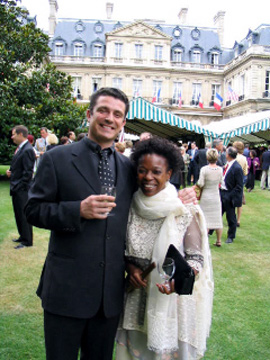 Though she had no money, she was undaunted. That summer, she became intimately acquainted with Paris by walking (the only form of tourism that she could afford), and resolved to return. She did so three years later, beginning as a cook and au pair for a family. She eventually got catering work, followed by a job baking in a tea salon, and then another position as prep cook in a Japanese restaurant. By a twist of fate, she then became chef at a restaurant called Les Petites Sorcières in Paris’ 14th arrondissement (district).

From this point, Cheryl “ocean-hopped” for a few years, returning to the U.S. to cater in Washington, D.C. and then relocating to Paris to act as chef for the restaurant Le Limonaire (formerly in the 12th district, now in the 9th). She moved back to Seattle in 1987, where she opened and operated The Illustrated Plate Caterers. Cooking became the center of her life.

A bad back forced her to give up the profession, and in 1990, she turned her creative eye to fabrics and fashion when she enrolled in the Apparel Design Program at Seattle Central Community College. Here, she learned of continuing education classes for design professionals at L’Ecole de la Chambre Syndicale de la Couture Parisienne in Paris. She was particularly interested in their course concerning Draping on the Mannequin because this was not a part of most design studies in America. Another dream was born!

In Paris for summer holidays at the end of her first year of studies, Cheryl got up the nerve to ring the bell at 45, rue St. Roch and ask to see Mme Saget, the director of the Ecole, about enrollment requirements. Mme Sagat explained the extreme discipline and talent required, and the strong French needed, and Cheryl said that her heart sank. Then, Mme Sagat asked Cheryl if she had made the jacket that she was wearing. When Cheryl replied that she had, Mme Sagat asked to see it. Duly impressed by Cheryl’s skill and eye for detail, she accepted Cheryl into the school on the spot.

Then the hard work began – Cheryl had to find the money for tuition ($26,000) as well as money to live on and deposit this money in a French bank account as one of the basic requirements to obtain a visa. Fortunately, she had a friend in Paris who allowed her to stay in her apartment for the six months of school.

Cheryl obtained her certificate in Draping on the Mannequin in July 1995. She then consulted an immigration attorney for assistance with the process of becoming a travailleur independent, the French term for self-employed person. She opened a workshop and tried her best to make it as a prototype designer, but found that she could not make ends meet. 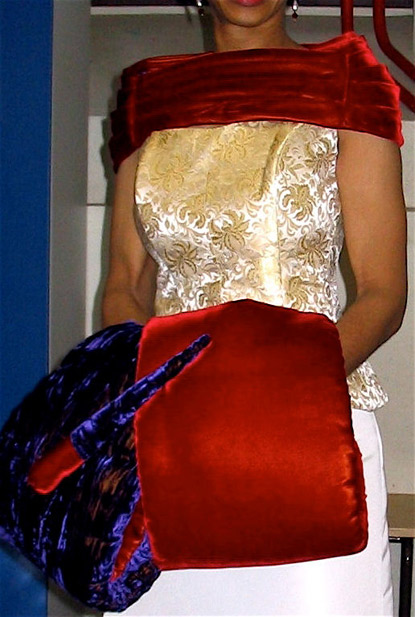 On top of owing thousands of francs in social charges to the French government, clinical depression set in. But therapy was the road to self-revelation – Cheryl saw that “artist” is not a title, not a profession, but way of being, and that she was most certainly one. She describes the experience as follows.

As my graduation to freedom of expression, I created a line of 25 jewelry rolls from scraps of fabric I had saved, making them as right to me as I could; crazy and all over the place, and I was certain in their weirdness that no one else could like them.

I sold ALL of them in one day at a tiny Christmas sale we did among friends. Once I had realized what I was supposed to be doing, everything else began to fall into place.

From then on, Cheryl has not looked back. While she works a variety of jobs (including one as an English tutor for entertainment professionals that has blossomed into an entirely new career in film), she still finds time to design collections of fashion accessories once or twice a year. She creates scarves and bags, half of which she sells in France and half in the U.S. She finds that American women in the States view her work differently than do those who live in France – the added impetus for U.S. residents being that they want something avant garde yet elegant and clearly not from America.

Cheryl used to make all her own clothes, but now has difficulty finding the time to sew for herself because she is always sewing for others. She buys a lot of things second hand, preferring not to spend too much on new clothes because she finds them to be of poor quality. She buys “cheap and chic” – pieces that have a combination of fabric texture and color, as well as a good “hand” (the way the fabric feels and behaves). Some of her favorite stores include Free’p’Star at 8 rue St. Croix de la Bretonnerie, Guerisold (near Barbès), Mango (eight boutiques in Paris) and Sympa (for marked-down, but new, shoes) at rue Orsel or rue Steinquerke. She shops for fabrics mostly in the Marché St. Pierre in the 18th arrondissement near Basilica Sacré Coeur.

Some of her favorite places in Paris include the Musée d’Orsay, the Quai d’Orléans on the Ile St. Louis, the Parc de la Turlure on the northeast side of the Sacré Coeur, and the Place Carré of the Louvre, which she finds to be a magical place at night. 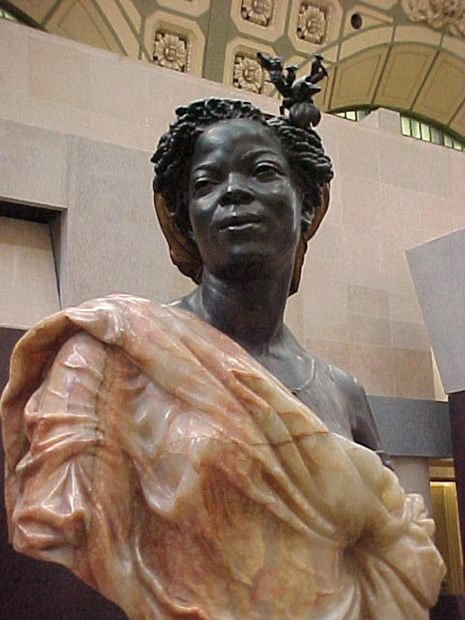 How was Cheryl able to successfully complete fashion school, negotiate the French bureaucracy and break into the French film industry? One of the reasons is her ability to communicate with the French in a particular way. She first learned French in junior high school and has studied the language assiduously ever since. Even now, after over 20 years, she still tries to learn something new everyday, listening to French radio and talking with friends.

Cheryl credits her accomplishments to two things: her ability to speak like a native, and her possession of what the French call “culture” – not simply being conversant about art or music, but also expressing knowledge of and curiosity about politics, economics, other cultures … She notes that one must be able to debate endlessly with the French on all these things while eating and drinking, and that the French appreciate knowledge of all things epicurean (which came naturally to Cheryl after so many years in the culinary field). This “culture” has given her access to many layers of French society.

Among the many experiences that distinguish Cheryl’s life in Paris was her tenure as president of SISTERS – An Association of African-American Women in France. As a member and then an officer of this non-profit organization, she discovered a variety of life stories: women who had married Frenchmen, women in Paris for professional reasons – primarily sent abroad for their jobs, students, and a few, like herself, for purely personal reasons. When asked whether or not she has any words of wisdom for sisters who would like to move to Paris, Cheryl shared the following.

I spent my first 6 or 7 years in Paris and France away from America, Americans, and anglophones in general, and that was what I needed to do. I sort of just observed and listened, accepting all the experiences I could for their own sake, as opposed to trying to put my stamp on them.

The joy of rediscovering myself through my folks again came at a steep price…fortunately, I was built-up by then through my other experiences. The thing was, I couldn’t separate what I loved about Black folks from what drives me insane about Black folks – some of the things I now saw clearly that I absolutely did not want to have to deal with. But those things are me, and there’s no use trying to get away from yourself, is there! Got to stand and fight, and make it better here and now.