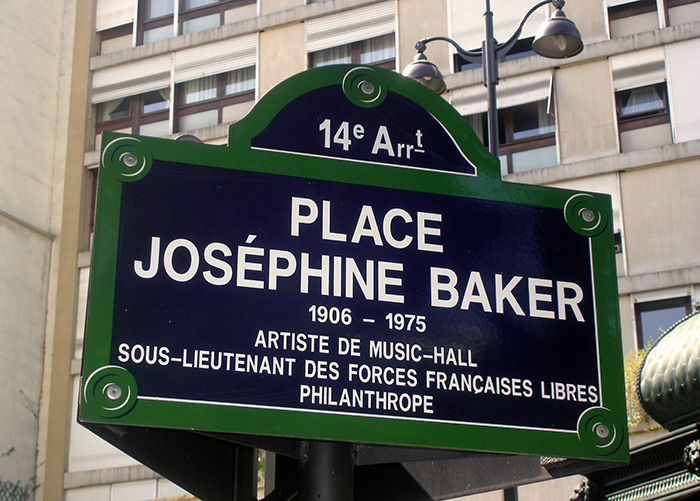 Monique Wells founder of Discover Paris! has lived in Paris with her husband, Tom Reeves since 1992. She was named Black Culture and Heritage VIP in Paris. She has authored several wonderful books and itineraries, including Paris Reflections: Walks Through African American Paris and the Black Pearl Walk. Tom is the author of Paris Insights-An Anthology and the Paris Insights blog. He is co-owner of Discover Paris! Enjoy Monique’s insights on Josephine Baker’s Paris.

When one thinks of Josephine Baker, one inevitably thinks of Paris. And rightly so, because Josephine’s legend began there over 80 years ago. She arrived in the City of Light at a unique time in history – a time when the French were enamored, even obsessed, with Blackness. She became an overnight sensation as a featured dancer in the 1925 American musical production La Revue Nègre (The Black Review), and parlayed the phenomenal interest in her body and her comic antics into enduring international fame. As a BBC documentary attests, Josephine became the world’s first Black superstar through a combination of natural talent, hard work, excellent management and a dose of good luck.

The centennial of Josephine’s birth (3 June 1906) provided an excellent incentive to visit Paris. Josephine’s spirit infuses many of the major districts of the city – particularly the Champs Elysées. This grandest of avenues, home to Fouquet’s and Louis Vuitton, is the axis around which Josephine made her initial leap into stardom. Many sites that were important to her success are still present there. Bohemian Montparnasse is another area that “lived and breathed” Josephine – her first residence in the city was located there and the internationally renowned café La Coupole was one of her favorite haunts. In 2001, the city of Paris inaugurated a square in Montparnasse bearing her name – Place Josephine Baker. It is one of two municipal squares in the City of Light named after an African American. A lovely, shaded spot, it honors not only Josephine’s prowess on the stage, but also her philanthropic activities and her service in the French Resistance during World War II. 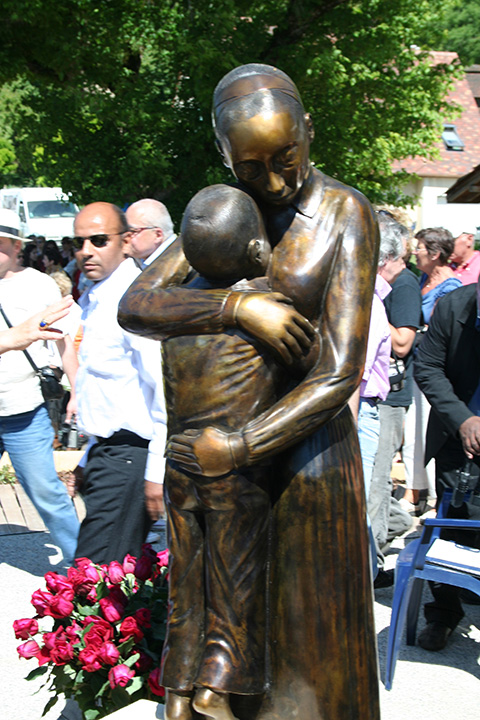 For visitors desiring to take a leisurely stroll through Josephine’s Paris, the travel planning service Discover Paris! has created a self-guided tour entitled “The Black Pearl Walk”. This tour explores the sites on and around the Champs Elysées and in Montparnasse that were critical to the development of Josephine’s career and to the triumphant end of 50 years as an icon of the performing world. It is at once a unique tribute to Josephine’s life, a glimpse into African-American history in Paris and a practical guide that allows the reader to navigate the city with ease. The visitor will receive descriptive commentary, maps that highlight the route to be followed, color photos and illustrations, and restaurant recommendations. The tour documentation is available in a downloadable PDF file.

Josephine owned several night clubs during her career. Wine and champagne were an integral part of the atmosphere of exuberance fostered in those clubs. Each wine bar has a distinctive ambiance and its own special charm. The last stop on the wine hop is in the neighborhood of two sites that were important to Josephine toward the end of her career: a theater where she gave many of her performances and the church where France held her state funeral in 1975.

Many travelers made a centennial celebration pilgrimage to Les Milandes (located in the Dordogne area of the Périgord region of France) — an overnight trip from Paris. The owners of the château held a charity gala celebration on 2 June 2006 to raise money to support the creation of another Josephine Baker Monument unveiled at the entrance to the village of Les Milandes the following day on Josephine’s birthday. Singers accompanied by Jazz orchestra, performed several of Josephine’s best known songs.