You are here: Home1 / International2 / Panama 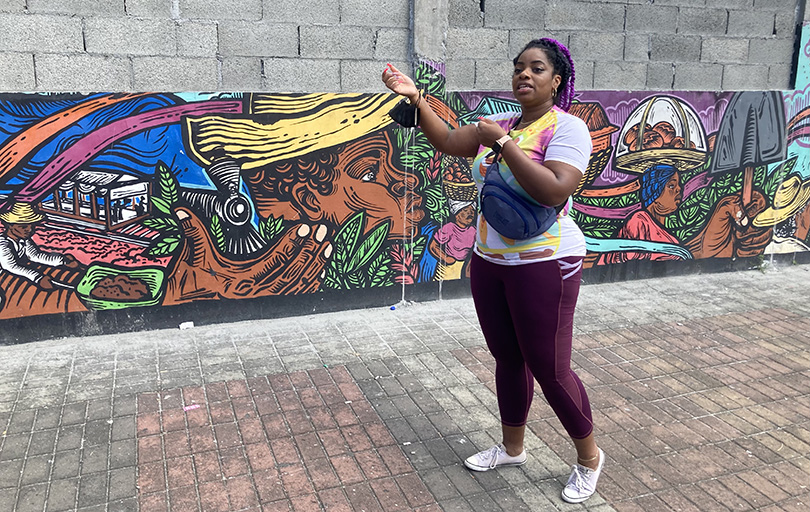 Finding the Soul Of Panama: The Tour that Brings Black Panama to Life

Like most black travelers, you probably don’t mind learning some local culture and history in between chilling at the beach and partying at a nightclub. Panama City has a rich Afro-Caribbean heritage, one that some guidebooks skim over if they mention it at all.

That’s where Dash Harris comes in. She and Javier Wallace, both Afro-Panamanians, founded AfroLatinx Tours to fill a void in the tourism industry – the absence of the beauty, culture, and history of the African Diaspora in Latin America.

Dash leads the AfroPanama In Focus City Day Tour, which focuses on black people’s contribution to Panama’s history and how the culture thrives today. Part of the tour’s charm is Dash’s infectious enthusiasm for Afro-Caribbean culture.

She begins with a visit to the Afro-Antillean Museum of Panama in the neighborhood of Calidonia. Housed in a former church, the compact museum lays out the hopes and hardships of West Indian and Afro-Caribbean immigrants who came to Panama City near the turn of the 20th century.

The authentic and replicas-that-look-real artifacts show what it was like to be black in Panama across the years – the work, the housing, the education, the politics, the worship, and more. Most importantly, the museum details the dangerous, often gruesome conditions immigrants endured when they came to build one of the 7 Wonders of the Modern World – the Panama Canal.

Outside of the museum, a joyful, block-long mural by artist Marta Noemi Noriega brims with color. The mural showcases the traditions, laborers, musicians, politicians, everyday people, and inspiring legends of Afro-Caribbeans in Panama. 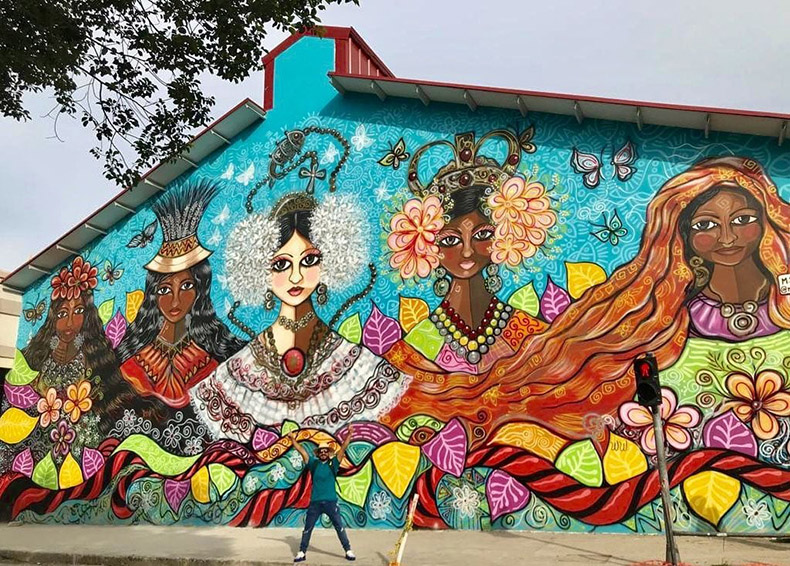 At the end of the tour, Dash points out how the neighborhoods just toured sit alongside a revitalized section of the city named Casco Viejo, the Historical District. An example of the contrast is the $300 per night American Trade Hotel sitting across a plaza from a public school in disrepair. Signs nearby protest gentrification.

Ultimately, the tour introduces the richness of places sometimes disparaged by traditional guide books. “Don’t go there,” is a common refrain for neighborhoods that are predominantly black and brown. And “there” usually means safe places with the best food, the most vibrant colors, the most rhythmic music, and the most compelling history.

“I don’t care what you think about a place,” she says of guidebook criticisms. “There are people who live in these communities and who deserve human dignity. And we’ve had great reception around our tours because these are the places where our communities flourish.”

In addition to the AfroPanama City Day Tour, AfroLatino offers virtual tours and classes about the African Diaspora in Latin America. Check their website for the resumption of Afro-Cuba live tours.

Don’t visit Panama without spending time on the Atlantic side of the country, home to exquisite beaches and a relatively large Afro-Caribbean population. Check out Bocas del Toro and Colon provinces in northeast and north Panama, respectively. 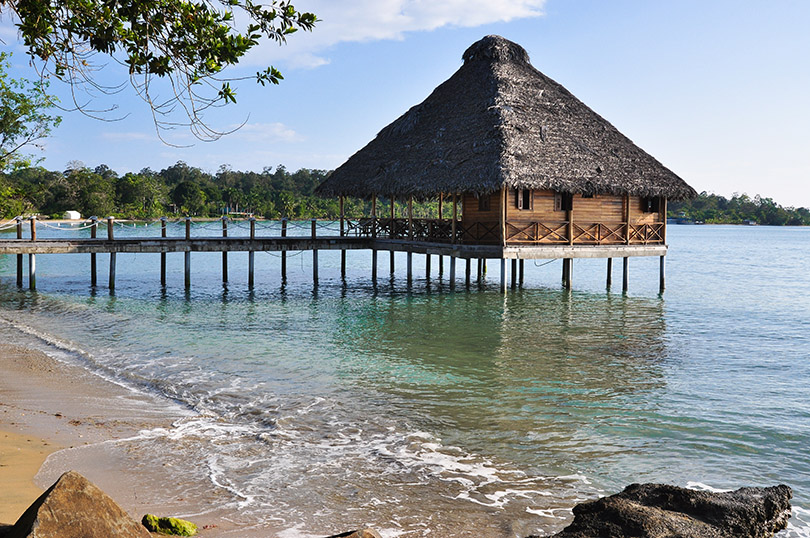 A resort hut of the water in Bocas del Toro, Panama; credit Geralbe

According to Javier Wallace of AfroLatinx, going to Portobelo in Colon is a near must, if you are interested in Black history. There, you will encounter the Black Christ and the Congo culture of the descendants of self-emancipated Africans that have maintained their traditions in the historical site. You’ll need to arrange your own transportation by taxi or a rental car for the 1.5-hour drive.

For a small jungle experience, check out the Gamboa Rainforest Resort. Skip staying there but sign up for activities that are low cost and fun. An example would be the Gatun Lake Tour, where you ride on the Panama Canal waters. The canopy tour is also good.

The best option for a beach not far from Panama City is Isla Taboga. It’s a 45-minute ferry ride from the Amador Causeway, part of the canal. The ferry is an outdoor vessel, departing at different times in the day.

Even if you don’t make it down to Panama soon, you can help the Afro-Panamanian community from where you are. Please consider making a donation to the youth soccer league that Dash’s organization supports.

Restaurants
A handful of soulful resturants populate Panama City that should not be missed.

History
The Isthmus of Panama formed 3 million years ago when the land bridge between North America and South America connected.

Travel Tips
You can use America dollars for most transactions in the cities, convert your currency elsewhere.