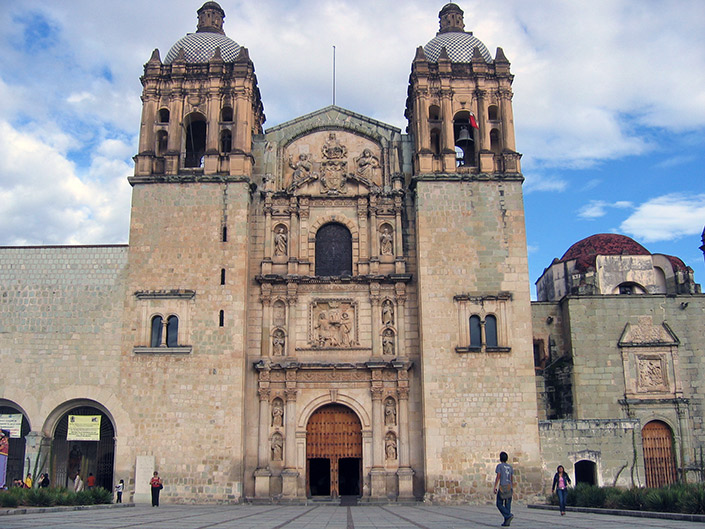 Oaxaca History ranges between 1500 and 500 BC, in the Zapotecan city of San José Mogote. It is now the state of Oaxaca, the largest settlement in the region. Early Oaxaca was home to 16 separate cultures. However, the Zapotecas and Mixtecas constituted the largest and most sophisticated societies with villages and farmlands located throughout the region. The Zapoteca were skilled in astronomy and excavation, and leveled the top of a local mountain around 450 BC. They also created the ceremonial center now called Monte Albán. One of the most densely populated cities in Mesoamerica, Monte Albán is estimated to have had 18,000 Zapotecan residents at its peak.

San José Mogote was probably the first area settlement to use pottery. Zapotecas constructed Mexico’s oldest-known defensive barrier and ceremonial buildings around 1300 BC. The culture also predates any other in the state in the use of adobe (850 BC), hieroglyphics (600 BC) and architectural terracing and irrigation in 500 BC.

Skilled in astronomy and excavation, the Zapoteca leveled the top of a local mountain around 450 BC and created the ceremonial center now called Monte Albán. One of the most densely populated cities in Mesoamerica, Monte Albán is estimated to have had 18,000 Zapotecan residents at its peak.

By the end of the 7th century, Mixtecas established themselves in the western and central parts of Oaxaca, building cities such as Apoala and Tilantongo.

During the 13th century, the Mixtecas continued to move south and east, invading the Central Valley and conquering the Zapotecas.

By the 15th century, the Aztecs arrived in Oaxaca and conquered its inhabitants, establishing an outpost on the Cerro del Fortín. Consequently, trade with Tenochtitlán and other cities to the north increased, but the culture was unchanged by the Aztec presence.

In 1519, conquistador Hernán Cortés set out to conquer central Mexico on behalf of Spain. Two years later, through mass killings and strategic alliances, he succeeded in overthrowing the Aztec Empire. Cortés sent Pedro de Alvarado and Gonzalo de Sandoval into the Sierra Madre region in search of gold. In 1521, Francisco de Orozco took possession of the Central Valley in the name of Cortés. In 1529, the emperor of Spain awarded Cortés the title Marqués del Valle de Oaxaca and presented him with a large tract of land in the area.

In Oaxaca, the comparatively few natives who survived the invasion returned to their remote villages and continued to cultivate the land and labor in the mines. Some found work on haciendas, large estates were granted to Spanish gentry, leading to the tale of Zorro fighting for poor Mexicans. During the 300-year colonial period, class hierarchy ensured that top government posts were filled by Criollos (Spaniards and their descendants).

In 1811, Oaxacans initiated guerilla action against Spanish forces and won several important victories. Besieged at Huajuapan, Trujano held out for 111 days until he received reinforcements sent by the revolutionary leader José Maria Morelos. With the help of the extra troops, Trujano won the battle of Huajuapan, giving the revolutionaries control of Oaxaca.

Benito Juárez became Mexico’s first Indian president in 1858, though French occupation from 1863 to 1867 altered some of his power at the time. Then Porfirio Díaz ruled from 1877 to 1880 and from 1884 to 1911. When the Mexican Revolution began in 1910, Oaxaca, like many southern states, rallied around the revolutionary Emiliano Zapata who proclaimed that the land belonged to the workers. This rhetoric resonated with Oaxacans, since many of them were being exploited by the large landowners.

After Díaz was removed from power, dissension among the revolutionary leaders continued to divide the people of Mexico. Venustiano Carranza, who opposed some of Zapata’s populist positions, seized control of the federal government and eventually triumphed over the forces of Emiliano Zapata and Pancho Villa. With Carranza in power, the relationship between Oaxaca and the federal government deteriorated. Oaxacans disliked the new president so much that Carranza’s brother was assassinated in Oaxaca. Over 1916-20, the city was filled with constant struggle for control of the new government until federal troops took over.